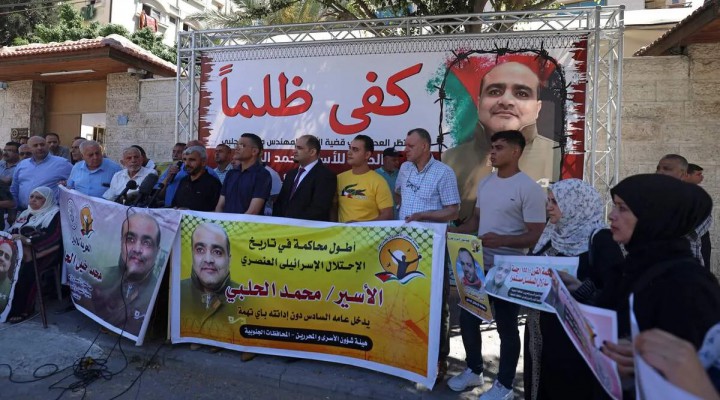 If the EU did not embark upon “shows of support”, to use the phrase synonymous with anything related diplomatically to Palestine, there would be nothing to its name through which the bloc could claim any semblance of accomplishment in this arena. We saw one such “show of support” last week when a group of EU diplomats was present for the reopening of the offices of the Palestinian rights organisation Addameer.

Indeed, according to the Palestinian Authority Prime Minister Mohammad Shtayyeh, the diplomats’ presence was “a message of support and solidarity with our people and institutions.” He told them that, “We appreciate your support for our official institutions, civil society institutions and all components of the Palestinian society, as well as a message of condemnation of the Israeli violations because Israel targets all our land, people, institutions and leadership, and does not differentiate in its actions between the official, civil or popular levels.”

Shtayyeh’s repetitive statements only strengthen the EU veneer of “solidarity”. Like other Palestinian NGOs, Addameer operates within a complex web that includes Israel’s colonial violence and oppression, the PA’s collaboration with Israel, as well as the international community’s duplicitous stance when it comes to Israel and Palestinian rights. While the EU’s presence at the reopening of its offices lends weight to the fight against Israel’s terror designation of the organisation and subsequent violations, it certainly does not mean that the EU holds any particular regard for any aspect of Palestinian life and politics. On the contrary, EU funding for NGOs and the offering of rhetorical support is a minimum, considering what Palestinian rights organisations are up against when trying to protect the people’s lives with limited resources, not to mention the fact that any legal or rights-based recourse is already jeopardised by Europe’s reverence for Israel and its war crimes.

Less than a month ago, the EU’s Foreign Policy Representative Josep Borrell criticised Israel’s oppressive tactics against Palestinian NGOs, but he completely missed the point, as usual. “It is crucial to ensure that anti-terrorism legislation does not lead to undermining civil society and its valuable work and contributions to building fairer and more peaceful societies,” said Borrell, thus prioritising and legitimising Israel’s security narrative. If Israel has failed to prove any terror activity by rights groups and other civil society organisations, why did Borrell promote Israel’s narrative within the context of Palestinian NGOs?

What Shtayyeh failed to mention is that the support that the EU bestows upon Palestinians is insignificant when compared with the trade deals it prioritises with Israel. Of course the EU will not miss an opportunity to show support, as such rhetoric is a perfect propaganda opportunity. Moreover, there is little that Palestinian NGOs can do to stop being exploited in this manner. Dependence upon funding has rendered human rights organisations part of an exploitative cycle, despite their invaluable work. Mere gestures of courtesy by the EU will not aid Palestinians or somehow overturn the human rights violations inflicted on them by Israel. However, the emphasis on exhibiting its support portrays the EU as engaging actively with Palestinian NGOs, particularly when this attracts plaudits from PA officials. The EU, however, is only engaging with its own brand of diplomacy which requires procrastination on political and legal accountability. It should stop exploiting Palestinian NGOs in the process.

0 thoughts on “The EU should stop exploiting Palestinian NGOs”