HOME / WORLD / Mahmoud Abbas and his loyalty to US-Israeli interests 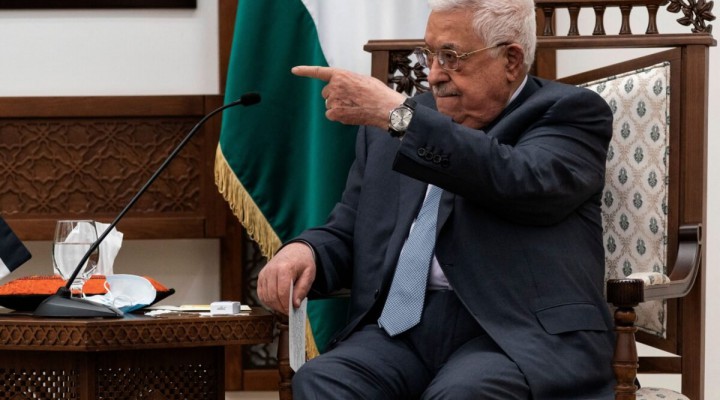 To prevent Hamas from politically gaining the upper hand over the Palestinian Authority, Israel heeded the US call to strengthen Mahmoud Abbas’s rule by providing concessions for Palestinians. The concept, which Israeli Defence Minister, Benny Gantz, has been vocal about, is that improving the Palestinian economy will lessen resentment against the PA, thus purportedly weakening Hamas.

Only the concessions should not be concessions at all. The fact that the PA is agreeing to concessions rather than rights speaks volumes about its precariously weakened position. Mahmoud Abbas is not in a position to insist upon political rights; hence the dressing up of concessions as a gain for the Palestinian people but not a word on how Israel can swiftly impose other restrictions, or reverse its decision.

Abbas’s latest meeting with Gantz took place in the latter’s home in Tel Aviv. The concessions offered to Palestinians are a continuation of those offered in June: a $32.2 million loan on tax revenues, and legalising the residential status of 9,500 Palestinians and their spouses who live in the occupied West Bank or Gaza without proper documentation. PA officials will be getting VIP passes to enter Israel without stopping at checkpoints, while 1,100 Palestinians businessmen will be granted commercial passes.

Not everyone is as enthused as Abbas. The first meeting with Gantz was criticised by Palestinian academics, which was equated to the former US President Donald Trump’s so-called ‘deal of the century’. “This is politically disturbing, and it may benefit the Authority economically. This is more consistent with Kushner and Netanyahu’s proposal, which was called economic peace,” Dr Nasr Abdel Kareen had stated.

Palestinian political analyst, Razi Nabulsi, succinctly summarised the Israeli-PA strategy. “Fatah today has turned into a legitimate source of Palestinian Authority presence,” he stated. “The meeting shows us that the West Bank for Gantz is a security issue and Abbas is the head of this security company, it is not a political meeting at all.”

Nabulsi’s critique is particularly relevant considering the situation in the occupied West Bank after the PA’s security services killed Palestinian activist, Nizar Banat, resulting in protests calling for Abbas to resign. That glimmer of Palestinian autonomy – the spontaneous and justifiable rage against an entity that turns the security services against the people it should be protecting – was enough for Israel to change tact and decide to help Abbas retain the upper hand. Abbas is an important collaborator for Israel and the latter has no intention of losing the echelons it can control in Ramallah.

Nabulsi also echoed earlier concerns that the economic concessions are tantamount to implementing the ‘deal of the century’, in all but name. Which begs the question, once again, as to why Abbas was so eager to prove his subjugation to US President Joe Biden? For all the grandiose rhetoric of resistance when it suited him, Abbas’s words will always ring hollow and hypocritical.

There is not a shard of Palestinian loyalty in Abbas. To play with Palestinians’ lives and well-being – to even pretend that Israel is seeking any form of well-being for Palestinians, when it murders them in Gaza, at checkpoints or any other location under the pretext of security – will ensure Abbas remains remembered for unprecedented corruption of the Palestinian struggle for liberation. When Trump’s era drew to a close, Abbas was the first to speak of a return to the status quo. What he failed to mention and hoped others would not notice, was a status quo under new circumstances which Biden clearly wants to retain.