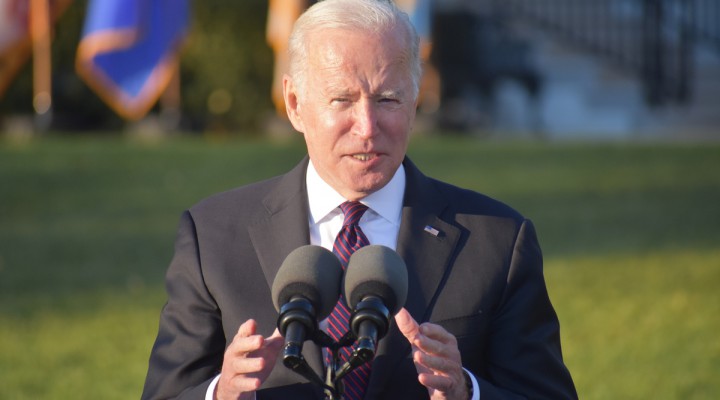 Now that Israeli media has announced that US President Joe Biden shelved the opening of the US Consulate in Jerusalem for Palestinians, will the Palestinian Authority’s Foreign Minister Riyad Al-Maliki explain what sort of trust Ramallah was placing in US diplomacy?

Just a month ago, al-Maliki expressed that PA officials “believed in Biden” but were still waiting for an implementation of what he promised. Al-Maliki likes to emphasise how the PA is trapped by waiting, but never acknowledges the PA’s role in diplomatic delays. The truth is that with every concession the PA cedes to Israel, the future repercussions are of such magnitude that reversal is next to impossible.

Unnamed sources told the Times of Israel that the US officials “have shifted their focus to policies more likely to impact day-to-day life for Palestinians.” Indeed, this week the US and the PA renewed the US-Palestinian Dialogue which deals with trade and economic relations. Once again, the two-state politics come into play. “Growing the Palestinian economy will also play a critical role in advancing our overarching political goal: a negotiated two-state solution, with a viable Palestinian state living side by side in peace and security with Israel,” the U.S. Assistant Secretary for Near Eastern Affairs Yael Lempert stated.

Israel is of course opposed to the US consulate reopening – allowing a reversal of former US Donald Trump’s policy could have consequences for the settler-colonial entity’s de-facto annexation plans. Israel does not want to lose the US’s unilateral declaration of Jerusalem as its unified capital. What the Trump Administration has clearly exposed is that while international consensus remains the same, Israel is changing facts on the ground to the point that international law pales in comparison to the impunity the US-Israeli allegiance has concocted.

Meanwhile, all the PA did was grovel to the US when Biden emerged victorious in the presidential elections, with PA leader Mahmoud Abbas keen to establish “business as usual” without even an inkling of what Biden’s two-state rhetoric meant within the context ushered in by Trump.

By now the PA should have come to terms with the obvious – that Biden is no ally of the Palestinians because US policy has always favoured Israel. Perhaps al-Maliki can stop speaking about trust and engage politically against decisions that are still coercing Palestinians to argue that they have a right to political rights?

Decades of colonisation later, the PA’s engagement with Israel’s allies has become a travesty. The US consulate for Palestinians will remain shuttered, and the PA has accepted a conciliatory gesture in terms of economic relations. If the PA stood its ground, there would have been less discrepancy between the two manoeuvres. Both would be portrayed as loss and compromise respectively. However, the PA’s habit of making conciliatory gestures look like political incentives only exposes how weak it is, and how void of strategy, unless there are benefits for its authoritarian politics. The question is – how truly important is Jerusalem to the PA? If the PA acquiesces to Biden’s waiting game and Israel’s pressure, Jerusalem risks being lost to symbolism and to Israel’s colonial expansion.

0 thoughts on “Biden extends Trump’s legacy, while the PA ‘waits’”