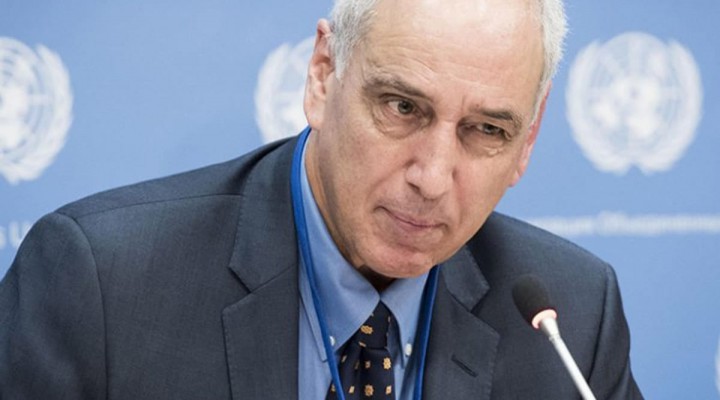 Last week, the UN Special Rapporteur Michael Lynk once again exposed the UN’s inaction over Israel’s international law violations. “On the fifth anniversary of the adoption of Resolution 2334 by the United Nations Security Council, the international community has to take its own words and its own laws seriously,” Lynk stated.

To think that the UN needs special rapporteurs to remind it of its political and human rights omissions illustrates what a dangerous farce the international institution is, in particular when it comes to the discrepancies, in Israel’s case, between the non-binding resolutions celebrated as victories, and the impunity it has carved out for colonialism since the 1948 Nakba.

Lynk has for the most part been consistent about not only holding Israel accountable, but also the UN. In his address, Lynk pointed out the settler presence increase in the occupied West Bank and East Jerusalem, noting that there has been a 12 per cent increase since 2016, when Resolution 2334 was passed. “The dynamic reality on the ground is racing far ahead of the international community’s tepid criticism of Israel’s unlawful conduct,” Lynk warned.

It is not only in terms of settlement expansion that the international community lags so far behind when it comes to holding Israel accountable for international law violations, yet this omission is the most visible and the most normalised. By accepting Israel as a lawful state and remaining intentionally in oblivion of the ethnic cleansing of Palestinian territory committed during the Nakba, the UN set itself up to legitimise not only Israel’s existence but also its settlement expansion.

The UN has routinely said it doesn’t recognise any changes to changes upon the pre-1967 borders, but its statements hold no weight. Rhetorically, the UN can choose to say it recognises no changes, and it has international law and resolutions to back up its statements. However, Israel is changing facts on the ground and the UN is not unleashing any opposition, so it is up to the UN to prove, with facts whether it is recognising Israel’s settlement expansion or not. Unless the UN determines to hold Israel accountable, its statements hold no shard of truth and it must be said clearly that the UN is tacitly supporting Israel’s colonial expansion and de-facto annexation.

And yet, the fact that the UN can so easily hide behind its non-binding resolutions with no condemnation whatsoever says a lot about the web of symbolic gestures offered to Palestinians instead of a political approach based upon decolonisation. The two-state paradigm offers the perfect veneer for the UN’s non-binding resolutions to flourish. Both exist with one aim – to prevent Palestinians from claiming their political rights. But there is not one single government or institution that is ready to speak the obvious – that the two-state paradigm only serves international diplomacy and not the Palestinian people. Here one must also point out the Palestinian Authority’s culpability in normalising the two-state and allowing UN rhetoric to take precedence over Palestinian rights.

Lynk’s words, powerful as they are due to being a solitary voice calling for exposing culpability, would resonate deeper had he taken the two-state hypocrisy into account. Unfortunately, the UN will continue looking the other way, until it can safely claim there is no solution.