HOME / WORLD / What They Are Not Talking About: War and Peace, Healthcare and Jobs Are Non-Issues 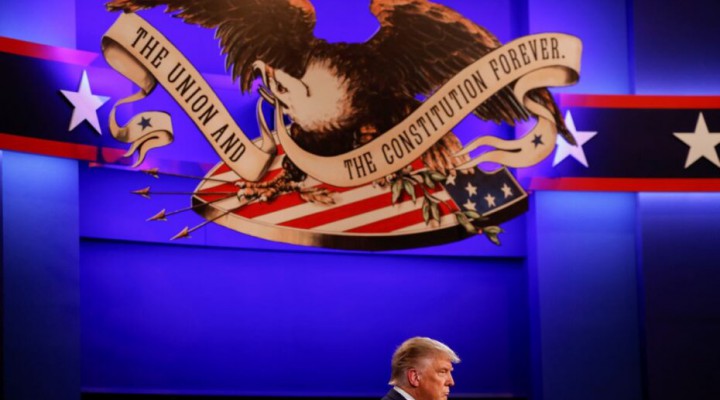 What the American public needs is a viable plan for decent and affordable healthcare similar to what most of the rest of the world enjoys.

Watching the network news on television or reading about current events in the newspapers seemingly transports one to an alternate universe where nothing seems to make sense. The profit driven news cycle in the United States is admittedly a poor mechanism for actually gaining an understanding of what is going on, but seven days of Ruth Bader Ginsburg worship hardly addresses what is ailing the country, particularly as questions about how she earned many millions of dollars while serving as a judge as well as some unsavory aspects of her career have been carefully buried.

A friend who is a retired U.S. Army general made an interesting comment several days ago, observing that when it comes to politics and voting patterns the so-called “silent majority” is indeed silent. What he meant was that many Americans who hold currently unpopular conservative views will not respond honestly to a call from an unknown pollster regarding voting intentions. This is particularly true of the current campaign in which Donald Trump is being reviled by the media and depicted by the Democrats as no less than a threat to American democracy. Biden by way of comparison pretty much gets a free pass, to include forgiveness for his frequent faux pas and mental lapses. In other words, Trump is being framed as someone poised to mount a totalitarian takeover of the United States, which in and of itself would disincline many voters to indicate openly that they would support him over Biden.

My friend was suggesting that the polls on the upcoming election just might be more than usually wrong. I would add to that the general vapidity of what one might expect from the presidential debates, which are similarly being framed in such a fashion as to avoid any topics that might really matter. But the polls do reveal two things. First, that there is a lack of any confidence in the integrity of politicians at all levels, and second, that jobs and healthcare are the principal concerns of nearly all voter demographics as they directly impact on quality of life.

Healthcare is admittedly a complicated issue given the fact that the entire system in the United States would have to be reformed, with considerable government intervention. The respected British medical journal The Lancet recently published “Measuring universal health coverage based on an index of effective coverage of health services in 204 countries and territories”. The study revealed, to no one’s surprise, that the United States has by far the world’s most expensive medical care, at around $9,000 per person per year while at the same time delivering poorer results than virtually any other industrialized nation. Medical expenses are in fact a leading cause of personal bankruptcy by Americans.

So, what are the two parties saying about health care? The Republicans want to overturn so-called Obamacare and replace it with something else which they cannot describe while the Democrats insist that they want to keep Obamacare in place while also blaming the president for the response to the coronavirus. That’s it. There is plenty of blame to go around on Covid-19 and Obamacare is in fact a bad program. It is good if the government is footing the bill for you, but anyone who is paying for his or her own insurance has seen the rates treble and even quadruple since the program became active. It has become a gold mine for the health care industry, which now assumes that it can charge whatever it wants and the suffering customer will be obliged to pay for it. That there is no effective regulation of health care is due to the fact that Big Pharma and other providers have completely corrupted Congress through political donations to make sure that the highly profitable status quo remains untouched.

And when it comes to the other great concern, “The Economy,” which means jobs, the two major parties have even less to say since they know deep down that they have both conspired in the gutting of America’s industrial and manufacturing infrastructure.

But another area dear to my own heart which the parties have been silent about is Foreign Policy, which also subsumes National Security, a related issue that the opinion polls do not specifically address. Both parties are strong on issuing position papers that refer to supporting allies, meaning Israel followed by everyone else, confronting threats from Russia and China, and maintaining the world’s number one military. Beyond that it gets a bit vague. We have recently learned from a possibly unreliable source named Bob Woodward that President Trump sought to assassinate Syria’s President Bashar al-Assad but was talked out of. Trump did order the assassination of senior Iranian General Qassim Soleimani, whom he and Secretary of State have recently described as the “world’s leading terrorist,” which is manifestly untrue. Is assassinating foreign leaders something that the United States wants to engage in? Why is no one talking about it?

And then there are the “hot wars” being fought in Syria, Iraq, Somalia and Afghanistan. None of those wars benefit from a constitutionally mandated declaration of war by Congress and they have cost the U.S. taxpayer trillions of dollars. Shouldn’t that be under discussion? Or the “maximum pressure” economic wars being waged against Venezuela, Cuba, Syria and Iran? Those “wars” have collectively killed tens of thousands of civilians and have done nothing to enhance the security of the United States. Shouldn’t Trump and Biden be talking about that?

Instead, we will see much finger pointing and hear a lot about how dangerous a win by either presidential candidate will be, all couched in general terms based on a lot of “what-ifs.” But what the American public needs, particularly the silent majority, is a viable plan for decent and affordable healthcare similar to what most of the rest of the world enjoys. And a new government also must act decisively to challenge corporate offshoring interests to bring manufacturing jobs back home. But most of all, the United States needs peace after nineteen years of spreading chaos all over the globe. End the wars and bring the troops home. Do it now.

0 thoughts on “What They Are Not Talking About: War and Peace, Healthcare and Jobs Are Non-Issues”