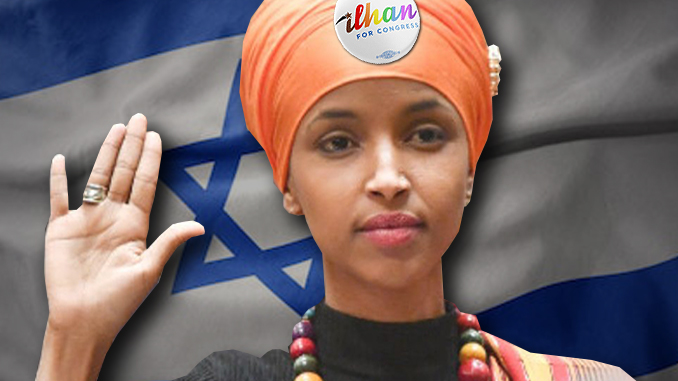 The nearly complete corruption of the U.S. republican form of government has largely come about due to the Citizens United decision by the Supreme Court in January 2010 that basically permitted unlimited donor-spending on political campaigns based on the principle that providing money, normally through a political action committee (PAC), is a form of free speech. The decision paved the way for agenda-driven plutocrats and corporations to largely seize control of the formulation process for certain policies being promoted by the two national parties.

No one has benefited from the new rules more than the state of Israel, whose hundreds of support organizations and principal billionaire funders euphemized as the “Israel Lobby” have entrenched pro-Israel donors as the principal financial resources of both major political parties. Las Vegas casino magnate Sheldon Adelson has become relatively well known as the major funder of the Republican Party, having contributed an estimated $100 million to the 2018 midterm election, while Haim Saban, a billionaire Israeli/ American movie producer has filled a similar role for the Democrats. Adelson, who once upon a time served as a draftee in the U.S. Army, has described how he wishes it had been the Israel Defense Force instead. He has also stated that he would be proud to have a son who is an Israeli Army sniper. Haim Saban in a somewhat similar vein has said that he is a one-issue guy, and his issue is Israel.

No one should be surprised that the Jewish donor and activist base is paying particular attention to certain congressional races in 2020, most particularly of the three of the four women comprising the so-called “squad,” namely Rashida Tlaib, Ilhan Omar, and Alexandria Ocasio- Cortez, who have been most critical of the U.S.- Israeli connection. Tlaib, a congresswoman representing Detroit who is of Palestinian descent, is already being targeted by fellow Democrat Brenda Jones, who is currently the Detroit City Council president.

Jones almost certainly has made her positive views of Israel known to Anti-Defamation League (ADL) inquisitors, and she will be showered with money and favorable press in a possibly successful bid to overthrow Tlaib. Prospective candidates for Congress and even state level offices are approached by supporters of Israel and are routinely asked to fill out a form explicitly detailing their view of Israel. It is frequently fatal in political terms to respond incorrectly. Play the game and one has money and press support. Do otherwise, and all that vanishes.

The highly controversial Alexandria Ocasio-Cortez, also no friend of the Israel Lobby, is likewise being challenged by her own party in the Bronx. She is being confronted by no fewer than five Democratic Party challengers but is well placed to prevail due to her popularity in her district.

The red lines established around the issue of Israel are something that every American politician understands. But perhaps the biggest surprise, and an indication of the reach of Jewish power in the United States, is the flip-flop recently performed by Ilhan Omar, the ethnic Somali congresswoman who represents Minneapolis.

Omar clearly would like to remain in Congress but, not surprisingly, a strong and well-funded Democratic primary candidate named Antone Melton-Meaux, an African-American lawyer, has surfaced. He has raised $500,000 for his campaign chest, much of it coming from outside sources. He has publicly stated that Omar is not connected to her district, has done nothing for Minnesota, and, perhaps the biggest sin of all, she “… has repeatedly made divisive statements that have been hurtful to members of our Jewish community. She creates distraction and drama, not results. Rep. Omar believes that sanctions are economic warfare and is a vocal advocate for abolishing them, particularly for Iran. Yet she supports sanctions on Israel. She has repeatedly refused to explain this inconsistency. That doesn’t work for us.”

Not surprisingly, Melton-Meaux has been described by the Jewish Insider as having the endorsement of “pro-Israel America.” Decisively progressive Muslim-American Omar is indeed a magnet for controversy. She is certainly not everyone’s cup of tea on specific issues, but she has up until now been one of the most powerful voices criticizing the lopsided relationship of the United States with the Jewish state. She was the one who coined the phrase “It’s the Benjamins” when linking Israel’s grip over Congress to hundred-dollar bills, implying very clearly that it is Jewish money that has bought America’s legislators as well as the White House. Omar also dared to condemn her fellow congressmen as having “dual loyalty” when they supported legislation abridging freedom of speech for anyone who criticizes Israel. For her pains, she was accused of being an anti-Semite by both President Trump and Nancy Pelosi as well as by numerous Republicans and other members of her own party in Congress. Under intense pressure, she apologized to Pelosi and expressed appreciation to her “Jewish allies and colleagues who are educating me on the painful history of anti-Semitic tropes.”

To her discredit, Omar has recently surrendered to force majeure, joining 389 of her colleagues in signing on to a House of Representatives letter supported by the American Israel Public Affairs Committee (AIPAC) that demands the continuation of the United Nations sanctions regime against Iran, a policy that essentially treats the Persians as if they were a country having no rights beyond what Washington will allow them. Secretary of State Mike Pompeo has called the overall policy one of “maximum pressure,” punishment of the Iranian people to compel them to rise up against their rulers.

Ironically, the continuation of the embargo on arms sales, which is what the letter deals with, would seem to be superfluous currently, as Iran has been suffering for some time due to U.S. pressure, a process that has been exacerbated by the arrival of the COVID virus. The U.S. has already effectively blocked Iranian oil sales, the country’s only major source of income, and the medical system is broken, with no money for medical equipment and pharmaceuticals as the virus continues to rage.

Omar’s reversal, for such it is, is particularly remarkable as she denounced on humanitarian grounds the U.S. use of sanctions to pressure other governments as recently as late April. After the story of the letter broke, Omar tried to justify her action by stating that she “has consistently, for a long time, supported arms embargoes against human rights abusers. . . . It was just a narrow ask that we couldn’t find anything wrong with.”

What is wrong with the narrow ask is that it is aimed at allowing the U.S. to intercede to block the sunset provision of the Joint Comprehensive Plan of Action (JCPOA) that kicks in this fall, which will again allow Iran to buy weapons. Ironically, of course, the U.S. withdrew from the agreement in 2017 but Secretary of State Mike Pompeo is now claiming that it is still part of the arrangement, allowing it to press a case against Iran for non-compliance. Even if the U.S. fails in its gambit to interfere directly, the JCPOA will likely come apart, leaving the sanctions in place. Either way AIPAC and Israel win.

Omar’s signature on the AIPAC letter was in reality little more than a surrender to the Israel Lobby by a congresswoman who is under siege and wants to get re-elected. She has undoubtedly done so against her better judgement, as do many of the congressmen who blindly support Israel, because she doesn’t want any problems. In this case, she is aiding the hawks in Congress and the administration who want unrelenting extreme pressure on the Iranian people until the government falls. Or alternatively, an Iran driven against the wall to the point where it does something foolish, enabling the United States and Israel to attack and destroy it. Either way, Ilhan Omar will almost certainly regret placing her signature on the AIPAC letter.