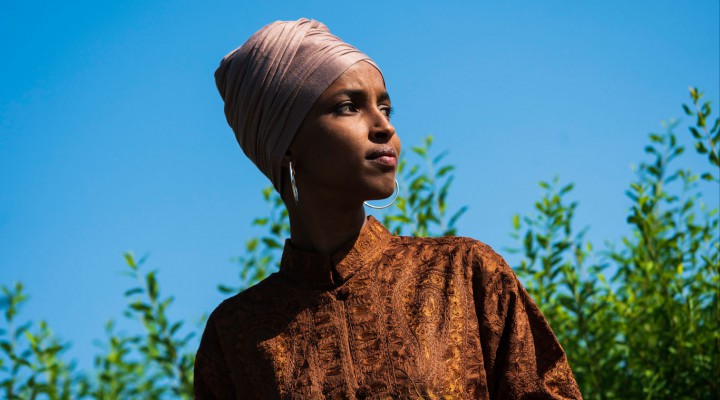 Many have claimed that the fixation on anti-Semitism isn’t about anti-Semitism at all, it is an attempt to derail any form of progressive or anti-war politics.

MPN– Anti-Semitism is on the rise again in the United States. NBC News reported that the number of anti-Semitic incidents recorded by the Anti-Defamation League is nearing an all-time high. American Jews have reason to feel unsafe; in October last year a far-right anti-immigrant gunman carried out a mass shooting at the Tree of Life Synagogue in Pittsburgh, PA, killing 11. Another shocking event occurred in April during Passover, when a Hitler-idolizing fascist opened fire at the Poway Synagogue, near San Diego, CA. Meanwhile, in a show of strength in Charlottesville, VA, large numbers of far-right activists held a torchlight rally chanting white nationalist slogans like “blood and soil” and “Jews will not replace us.”

President Trump described the marchers as “very fine people” and has openly appointed anti-Semitic racists like Steve Bannon to key positions on his team. Meanwhile, his former aide Sebastian Gorka wore regalia linked to Hungarian Nazi groups who perpetrated the Holocaust. And one has only to look at his official subreddit, The_Donald, to view all manner of casual anti-Jewish bigotry being shared by his supporters.

Yet much of the public debate on the issue focuses on the anti-Semitism coming from the left. A case in point is the recent remarks by Minnesota Congresswoman Ilhan Omar. In response to a CNBC article reporting that Leon Cooperman said he would “support his fellow billionaire Mike Bloomberg for President” Omar tweeted “I wonder why?”

The comment was greeted by a storm of criticism by those who saw Omar’s remark not as a critique of the class solidarity between the ultra-wealthy, but as an anti-Semitic dog whistle. Jerusalem Post Senior Editor Lahav Harkov went on the attack, tweeting:

Putting ((( ))) around their names would have gotten the message across more effectively, @IlhanMN, but I see people understood you anyway. pic.twitter.com/8I5HHNceKt

Josh Jordan, formerly of Forbes Magazine and the National Review, claimed that Omar’s comment was a masterful piece of racist baiting:

Omar very carefully making an anti-Semitic tweet with just enough vagueness to claim that ackshually she meant it was about the benjamins and not about religion.

But everyone knows what she meant, which is why she continues to do it. https://t.co/tBuU3eNxX5

Jordan’s “Benjamins” comment references an earlier incident where Omar claimed that the American Israel Public Affairs Committee (AIPAC) spends large amounts of money attempting to influence U.S. politics for Israel’s benefit, noting it was “all about the Benjamins.” This was not treated as a straightforward critique of how lobbying works in the United States, but rather as a callous and racist attack on the state of Israel, leading to a barrage of condemnation from media pundits, the President and even senior members of her own party.

Despite being constantly labeled in the media as anti-Semitic, Omar recently endorsed Jewish candidate Bernie Sanders for President of the United States, announcing she was “beyond honored and excited” to support a man who stands against systemic greed at home and Western imperialism abroad. Both Omar and Sanders denounced the recent U.S.-backed coup in Bolivia.

If the media wished to find examples of why anti-Semitism is on the rise it could begin by looking at itself. From the Los Angeles Times to the Washington Post and even Mother Jones, corporate media consistently platformed alt-right leader Richard Spencer, presenting him as a suave, “dapper” and edgy new political actor, exposing him and his ideas to millions more Americans. Meanwhile, CBS took great pains to present the San Diego synagogue shooter as a musical protégé and “a nice guy,” claiming, “everybody loved him.” MSN described him as a “star scholar and athlete,” while USA Today emphasized his intelligence and quietness rather than his homicidal racist ideology.

The media has also used anti-Semitic tropes as part of their relentless war against Sanders. Politico photoshopped money trees next to a picture of him, explaining that “he might still be cheap, but he’s sure not poor.” Perhaps it is in this context we should understand MSNBC analyst Mimi Roach’s comments that there was something unexplainable about the Vermont senator that “makes her skin crawl.”

Can ⁦@politico⁩ explain to us how photoshopping money trees next to the only Jewish candidate for president and talking about how “cheap” and rich he is *isn’t* antisemitic?

Or are they just letting this happen because he’s a progressive politician they don’t like? pic.twitter.com/O9qvDBw4ib

The Brits are at it again

A similar phenomenon has occurred in the UK, where Labour leader Jeremy Corbyn, a lifelong anti-racist activist, has been the victim of an extended, years-long media blitz trying to present his defense of Palestinian rights and critique of Western foreign policy as anti-Semitic. So effective has this campaign been, that when pollsters asked the British public what share of Labour members had been reported for anti-Semitic remarks, the average guess was 34% – over three hundred times the actual answer of 0.1%. When asked in focus groups why they believed the answer to be so high, respondents pointed to the overwhelming media coverage around it and picked a number that corresponded to the quantity of coverage.

Yet many have claimed that the fixation on anti-Semitism isn’t about anti-Semitism at all, rather it is an attempt to derail any form of progressive or anti-war politics. Indeed, one British Member of Parliament tried to make it explicit. “To be anti-capitalism is to be anti-Semitic,” argued Siobohan McDonagh on BBC Radio 4, insinuating that those who talk about inequality, class or systemic problems in society are really spreading anti-Jewish conspiracy theories, and should be condemned.

The Victim, not Perpetrator of Racist Abuse

The great irony is that Omar herself has been the recipient of an enormous wave of racist and very public abuse online, abuse that has not received anything like the attention of her supposed anti-Semitic remarks. A study published last week in the Social Science Research Journal found that roughly half of the 90,000 analyzed tweets mentioning the Minnesota Congresswoman included hate speech or racist language directed towards her. Rep. Rashida Tlaib and other Muslim politicians were treated similarly. Can ⁦@politico⁩ explain to us how photoshopping money trees next to the only Jewish candidate for president and talking about how “cheap” and rich he is *isn’t* antisemitic?

Or are they just letting this happen because he’s a progressive politician they don’t like? pic.twitter.com/O9qvDBw4ib

Much of this hatred has been stoked by the President, who famously described Omar and other members of “the Squad” as “hate-filled extremists” at a rally in Greenville, NC, prompting the crowd to chant “Send her back!” As Trump’s base was crying for the deportation of a sitting Congresswoman, the President appeared to justify it, highlighting Omar’s supposed anti-Semitism.

The media circus around anti-Semitism has less to do with protecting Jews from racist attacks and far more to do with shutting down debate on any aspect of a progressive agenda, from anti-imperialist foreign policy to critique of capital, class and rampant inequality. This is particularly ironic as outright fascists begin to take positions in power and are invited on the media.

Omar, a shrewd political actor herself, understands exactly what is going on. At an event earlier this year she said:

It’s almost as if, every single time we say something, regardless of what it is we say, that is supposed to be about foreign policy or engagement or advocacy about ending oppression or the freeing of every human life and wanting dignity, we get to be labeled something, and that ends the discussion. Because we end up defending that, and nobody ever gets to have the broader debate of what is happening with Palestine.”

That corporate media are institutionally incapable of seeing class struggle is understandable, given their funding. But that does not mean the rest of society has to go along with it. Omar is being smeared and slandered in a particularly shameful manner, with cynical actors using the suffering and fear of Jews under racist attack to try to prevent any more progressive changes in America today.