HOME / SOCIAL/CULTURAL / Recantations Are All the Rage 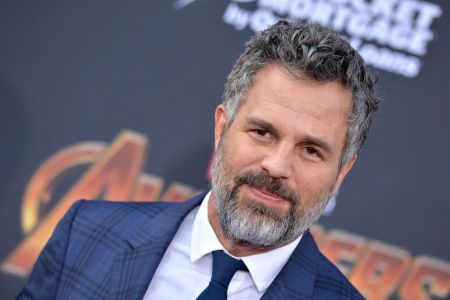 Israel and its friends demonize critics
Several things are happening simultaneously. Most important, Israel has lost the public opinion war in much of the world through its brutality during the recent attack on Gaza and it continues to lose ground even in the wake of a cease fire due to mass arrests of Palestinians and armed police intrusions in and around the al-Aqsa mosque. The government of Prime Minister Benjamin Netanyahu is by its actions making clear that the ethnic cleansing of Palestine will continue at a time that he chooses. This in turn has produced a storm of criticism, including from Jewish groups and individuals, that is condemning the bloodshed and also sometimes explicitly seeking to distance Judaism the religion from Zionism, the political movement.

Some have suggested that we have finally reached a tipping point in which Israel has gone too far, evident in the Irish Government’s condemnation of Israeli “de facto annexation” of Palestinian land. Foreign Minister Simon Coveney told the Dial that “The scale, pace and strategic nature of Israel’s actions on settlement expansion and the intent behind it have brought us to a point where we need to be honest about what is actually happening on the ground …”

The Jewish state has even succeeded in alienating many who are normally supporters in countries like the United States, quite possibly leading to an eventual shift in policy in Congress and at the White House. That view might be exaggerated given the power of the Israel Lobby and its ability to make past atrocities go away, but it might obtain some back-handed credibility from the ferocity of the counter-attack being waged by Israel and its friends against the celebrities and politicians who have finally developed backbones and have spoken out in defense of Palestinian rights.

The Jewish state’s reaction to criticism is being fueled by repeated assertions that anti-Semitism is surging in the United States and Europe. The media has become relentless on the issue, which is in any even irrelevant even if it were true. Last Saturday, internet news site Yahoo featured links to no less than three articles on increasing attacks on Jews, two coming from NBC and one from BBC.

Despite the recent one sided slaughter in Gaza, American Jewish organizations even had the hubris to declare last Thursday “In light of the surging wave of antisemitic violence, “A Day of Action Against Antisemitism.” Frustration of many people with Israeli behavior is indeed increasing, but the assumption that any shouted insult or organized protest directed at Netanyahu and/or his gang of cutthroats at a time when they are mass-killing Arabs represents pure hatred of Jews is quite frankly unsustainable. It is hatred not of religion but of what Israel is doing, supported by Washington and Israel’s powerful domestic lobby, and most people understand clearly that distinction.

The underlying narrative being offered is that Jews are always the victims, even when they initiate violence, because, they would argue, they are only acting of necessity and preemptively as self-defense. That argument means that they are never guilty of what many might call war crimes, and they are adept at fabricating stories about their opponents labeling them as both terrorists and cowards willing to use civilians as human shields to protect themselves. This effort to burnish the apartheid regime’s record also means in practice that there have to be regular invocations of the tale of increasing anti-Semitism as well as direct attacks on anyone who dares to appropriate or in any way diminish the so-called holocaust.

Numerous critics of the Israeli bombing of Gaza have been attacked by the Israel Lobby and its allies in the media. The idea is to humiliate the critic and put so much pressure on him or her that he or she will actually apologize for what was either said or written. Even better, the Israeli partisans often push far beyond that point to obtain a complete recantation of what appeared in the first place. In the case of actors or entertainers, for example, the weapon used is obvious. If one wants to continue to be gainfully employed in an industry that is dominated by Zionist Jews it is necessary to either keep one’s mouth shut or quickly apologize claiming that one was “misinformed” or “misspoke.”

Several recent mea culpa’s for criticizing Israel have made the news as has also the virtual crucifixion of a congresswoman for her citation of the holocaust. Actor Mark Ruffalo may have believed that he was doing the “right thing” by speaking out on Palestinian suffering. He tweeted “Over 30 children killed. Mothers dead. Hundreds injured. We are on the brink of a full-scale war. Sanctions on South Africa helped free its Black people – it’s time for sanctions on Israel to free Palestinians. Join the call” and also in another tweet referred to the killing as “genocide.” He came under intense pressure and soon apologized, tweeting “I have reflected & wanted to apologize for posts during the recent Israel/Hamas fighting that suggested Israel is committing ‘genocide’. It’s not accurate, it’s inflammatory, disrespectful & is being used to justify antisemitism here & abroad. Now is the time to avoid hyperbole.”

Ruffalo did not quite crawl on his belly to preserve his career, but the metaphor certainly comes to mind. And what Ruffalo experienced was a walk in the park compared to what was dished out to British pop singer Dua Lipa who was subjected to a full-page New York Times ad paid for by no less than “America’s rabbi” Shmuley Boteach’s World Values Network. The singer Dua Lipa as well as Palestinian-descended models Gigi Hadid and Bella Hadid were accused of “anti-Semitism” after they expressed public support of the pro-Palestine cause. The Boteach ad claimed that the three women were “ignorant” and spreading “disgusting libel,” calling on them to instead “condemn [Hamas] now” arguing that “the three mega-influencers have vilified the Jewish state in a manner that is deeply troubling… Hamas calls for a second Holocaust.”

Dua Lipa did not however recant when confronted by the hideous Boteach’s rant. She responded in part “This is the price you pay for defending Palestinian human rights against an Israeli government whose actions in Palestine [include both] persecution and discrimination.” A number of other celebrity-critics of the Israeli slaughter in Gaza also stood firm, including comedian John Oliver and Susan Sarandon, but there were also more victims of the wrath of Zion. The Associated Press, itself having been on the receiving end of the Israeli bombing of Gaza, fired a reporter Emily Wilder for what were alleged to be pro-Palestinian views while an undergraduate at Stanford several years before. Wilder, who is Jewish, recently also posted a question which was used against her, asking why the US media regularly uses the word Israel but avoids referring to Palestine, legitimizing the statehood of the former at the expense of the latter.

In Fairfax County Virginia there were demands to remove a school board member Abrar Omeish who, during the attack on Gaza, had tweeted “Hurts my heart to celebrate while Israel kills Palestinians & desecrates the Holy Land right now. Apartheid & colonization were wrong yesterday and will be today, here and there.” She soon came under pressure and quickly recanted with “War is terrible for everyone. I hear those hurting. I’m here for each of you. People of all faiths deserve Holy Land peace. Ensuring justice & honoring humanity of all remain urgent. I look ahead to robust & empathetic engagement with Jewish leaders. Let’s build together.” Local resident Jennifer Katz was not satisfied, however, telling the board that the tweet “could be reasonably interpreted as a microaggression” against Jewish students.

But perhaps the most bizarre nonsense to surface from the knee-jerk defense of Israel effort played out, perhaps not surprisingly, on Capitol Hill where Congresswoman Marjorie Taylor Greene, to put it mildly, got in trouble. The first-term Republican Representative from Georgia had already attracted widespread criticism from both Democratic and Republican colleagues for her alleged trafficking in conspiracy theories but she unleashed the hounds of hell when she made an observation regarding the government’s compelling people working in grocery stores to submit to the COVID vaccines. She said “You know, we can look back in a time and history where people were told to wear a gold star. And they were definitely treated like second-class citizens, so much so that they were put in trains and taken to gas chambers in Nazi Germany.”

Congresswoman Greene is not renowned for her brain power and it was the sort of comment that is so stupid that it is best handled by ignoring it, but as it concerned the so-called holocaust that was not the end of it. She has been shredded by the leadership of both parties and also by individual legislators as well as the usual suspects in the media. She had previously been stripped of some of her committee assignments over other misdemeanors, but this time around her “colleagues” have been calling for her censure at a minimum and even possible expulsion from the House of Representatives. The lesson learned is that you trifle with the sanctity of the holocaust at your peril. It belongs to Jews and is a vital component of the uniqueness of Jewish suffering narrative.

Over the next few weeks there will no doubt be a flood of stories and commentary reminding everyone in America about just how much the Israelis were victims of a premeditated Hamas attack and what wonderful people they really are. It will be an attempt to regain the propaganda advantage for the Israel Lobby. And yes, more heads of critics will be rolling in the dust, with recantations by celebrities adding sparkle to the event. But even at the end of that process the true horror that modern day Israel represents will be remembered by many and as the game goes on there will hopefully be many more American voices raised in protest.

0 thoughts on “Recantations Are All the Rage”