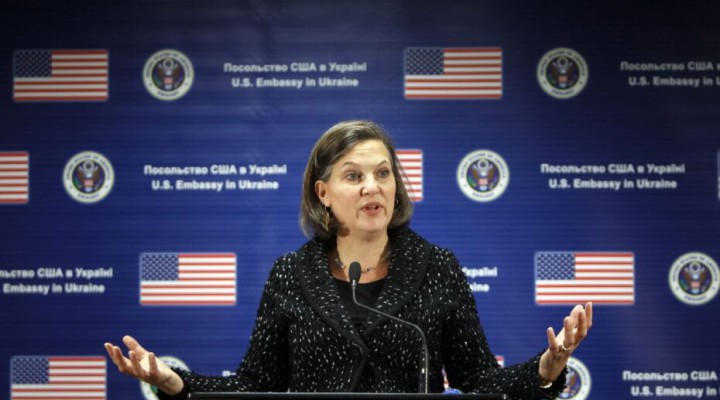 Nowhere in Biden’s possible foreign policy circle does one find anyone who is resistant to the idea of worldwide interventionism.

Donald Trump was much troubled during his 2016 and 2020 campaigns by so-called conservatives who rallied behind the #NeverTrump banner, presumably in opposition to his stated intention to end or at least diminish America’s role in wars in the Middle East and Asia. Those individuals are generally described as neoconservatives but the label is itself somewhat misleading and they might more properly be described as liberal warmongers as they are closer to the Democrats than the Republicans on most social issues and are now warming up even more as the new Joe Biden Administration prepares to take office.

To be sure, some neocons stuck with the Republicans, to include the highly controversial Elliott Abrams, who initially opposed Trump but is now the point man for dealing with both Venezuela and Iran. Abrams’ conversion reportedly took place when he realized that the new president genuinely embraced unrelenting hostility towards Iran as exemplified by the ending of the Joint Comprehensive Plan of Action (JCPOA) and the assassination of Iranian general Qassem Soleimani in Baghdad. John Bolton was also a neocon in the White House fold, though he is now a frenemy having been fired by the president and written a book.

Even though the NeverTrumper neocons did not succeed in blocking Donald Trump in 2016, they have been maintaining relevancy by slowly drifting back towards the Democratic Party, which is where they originated back in the 1970s in the office of the Senator from Boeing Henry “Scoop” Jackson. A number of them started their political careers there, to include leading neocon Richard Perle.

It would not be overstating the case to suggest that the neoconservative movement has now been born again, though the enemy is now the unreliable Trumpean-dominated Republican Party rather than Saddam Hussein or Ayatollah Khomeini. The transition has also been aided by a more aggressive shift among the Democrats themselves, with Russiagate and other “foreign interference” being blamed for the party’s failure in 2016. Given that mutual intense hostility to Trump, the doors to previously shunned liberal media outlets have now opened wide to the stream of foreign policy “experts” who want to “restore a sense of the heroic” to U.S. national security policy. Eliot A. Cohen and David Frum are favored contributors to the Atlantic while Bret Stephens and Bari Weiss were together at the New York Times prior to Weiss’s recent resignation. Jennifer Rubin, who wrote in 2016 that “It is time for some moral straight talk: Trump is evil incarnate,” is a frequent columnist for The Washington Post while both she and William Kristol appear regularly on MSNBC.

The unifying principle that ties many of the mostly Jewish neocons together is, of course, unconditional defense of Israel and everything it does, which leads them to support a policy of American global military dominance which they presume will inter alia serve as a security umbrella for the Jewish state. In the post-9/11 world, the neocon media’s leading publication The Weekly Standard virtually invented the concept of “Islamofascism” to justify endless war in the Middle East, a development that has killed millions of Muslims, destroyed at least three nations, and cost the U.S. taxpayer more than $5 trillion. The Israel connection has also resulted in neocon support for an aggressive policy against Russia due to its involvement in Syria and has led to repeated calls for the U.S. to attack Iran and destroy Hezbollah in Lebanon. In Eastern Europe, neocon ideologues have aggressively sought “democracy promotion,” which, not coincidentally, has also been a major Democratic Party foreign policy objective.

The neocons are involved in a number of foundations, the most prominent of which is the Foundation for Defense of Democracies (FDD), that are funded by Jewish billionaires. FDD is headed by Canadian Mark Dubowitz and it is reported that the group takes direction coming from officials in the Israeli Embassy in Washington. Other major neocon incubators are the American Enterprise Institute, which currently is the home of Paul Wolfowitz, and the School of Advanced International Studies (SAIS) at John Hopkins University. The neocon opposition has been sniping against Trump over the past four years but has been biding its time and building new alliances, waiting for what it has perceived to be an inevitable regime change in Washington.

That change has now occurred and the surge of neocons to take up senior positions in the defense, intelligence and foreign policy agencies will soon take place. In my notes on the neocon revival, I have dubbed the brave new world that the neocons hope to create in Washington as the “Kaganate of Nulandia” after two of the more prominent neocon aspirants, Robert Kagan and Victoria Nuland.

Robert was one of the first neocons to get on the NeverTrump band wagon back in 2016 when he endorsed Hillary Clinton for president and spoke at a Washington fundraiser for her, complaining about the “isolationist” tendency in the Republican Party exemplified by Trump. His wife Victoria Nuland is perhaps better known. She was the driving force behind efforts to destabilize the Ukrainian government of President Viktor Yanukovych. Yanukovych, an admittedly corrupt autocrat, nevertheless became Prime Minister after a free election. Nuland, who was the Assistant Secretary of State for European and Eurasian Affairs at the State Department, provided open support to the Maidan Square demonstrators opposed to Yanukovych’s government, to include media friendly appearances passing out cookies on the square to encourage the protesters.

A Dick Cheney and Hillary Clinton protégé, Nuland openly sought regime change for Ukraine by brazenly supporting government opponents in spite of the fact that Washington and Kiev had ostensibly friendly relations. Her efforts were backed by a $5 billion budget, but she is perhaps most famous for her foul language when referring to the potential European role in managing the unrest that she and the National Endowment for Democracy had helped create. The replacement of the government in Kiev was only the prelude to a sharp break and escalating conflict with Moscow over Russia’s attempts to protect its own interests in Ukraine, most particularly in Crimea.

And, to be sure, beyond regime change in places like Ukraine, President Barack Obama was no slouch when it came to starting actual shooting wars in places like Libya and Syria while also killing people, including American citizens, using drones. Biden appears poised to inherit many former Obama White House senior officials, who would consider the eager-to-please neoconservatives a comfortable fit as fellow foot soldiers in the new administration. Foreign policy hawks expected to have senior positions in the Biden Administration include Antony Blinken, Nicholas Burns, Susan Rice, Valerie Jarrett, Samantha Power and, most important of all the hawkish Michele Flournoy, who has been cited as a possible secretary of defense. And don’t count Hillary Clinton out. Biden is reportedly getting his briefings on the Middle East from Dan Shapiro, former U.S. Ambassador to Israel, who now lives in the Jewish state and is reportedly working for an Israeli government supported think tank, the Institute for National Security Studies.

Nowhere in Biden’s possible foreign policy circle does one find anyone who is resistant to the idea of worldwide interventionism in support of claimed humanitarian objectives, even if it would lead to a new cold war with major competitor powers like Russia and China. In fact, Biden himself appears to embrace an extremely bellicose view on a proper relationship with both Moscow and Beijing “claiming that he is defending democracy against its enemies.” His language is unrelenting, so much so that it is Donald Trump who could plausibly be described as the peace candidate in the recently completed election, having said at the Republican National Convention in August “Joe Biden spent his entire career outsourcing their dreams and the dreams of American workers, offshoring their jobs, opening their borders and sending their sons and daughters to fight in endless foreign wars, wars that never ended.”