HOME / WORLD / Biden Will Have The Most Diverse, Intersectional Cabinet Of Mass Murderers Ever Assembled 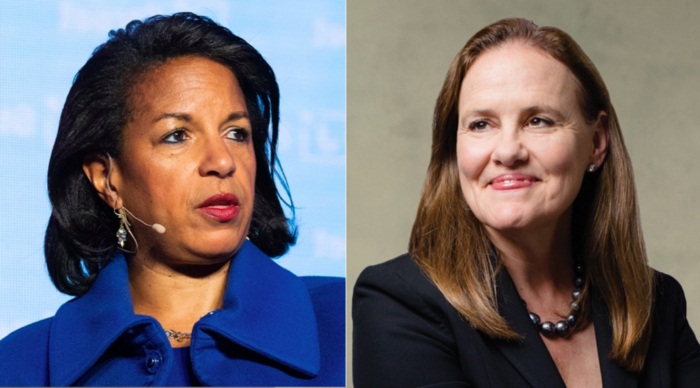 Well you’ll be happy to know that the next US president and his crack team of ventriloquists are assembling a cabinet of mass murderers that’s as diverse, inclusive and intersectional as America herself.

It’s been obvious for a long time that Joe Biden’s cabinet would be packed with Obama holdovers, war pigs and whatever primary opponents he owes favors to, but now that he is the media-anointed winner of the presidential election we’re getting a bit more confirmation on who they’re expected to be.

A new Politico report informs us that the heavy favorite to lead the US war machine into further imperial conquest as Secretary of “Defense” is a butcher of the fairer sex named Michele Flournoy, who was Obama’s Under Secretary of Defense for Policy from 2009 to 2012.

Flournoy, in writing the Quadrennial Defense Review during her time as Assistant Secretary of Defense for Strategy under President Clinton, has paved the way for the U.S.’s endless and costly wars which prevent us from investing in life saving and necessary programs like Medicare for All and the Green New Deal. It has effectively granted the US permission to no longer be bound by the UN Charter’s prohibition against the threat or use of military force. It declared that, “when the interests at stake are vital, …we should do whatever it takes to defend them, including, when necessary, the unilateral use of military power.”

While working at the Center for Strategic and International Studies (CSIS), a “Top Defense and National Security Think Tank” based in Washington D.C., in June 2002, as the Bush administration was threatening aggression towards Iraq, she declared, that the United States would “need to strike preemptively before a crisis erupts to destroy an adversary’s weapons stockpile” before it “could erect defenses to protect those weapons, or simply disperse them.”

“In 2009, she joined the Obama administration as Under Secretary of Defense for Policy, where she helped engineer political and humanitarian disasters in Libya and Syria and a new escalation of the endless war in Afghanistan before resigning in 2012,” report Medea Benjamin and Nicolas J S Davies in another Antiwar piece on Flournoy. “From 2013–2016, she joined Boston Consulting, trading on her Pentagon connections to boost the firm’s military contracts from $1.6 million in 2013 to $32 million in 2016. By 2017, Flournoy herself was raking in $452,000 a year.”

Flournoy would be the very first female head of the US war department, and if that doesn’t make you want to listen to P!nk and kiss your Hillary Clinton pendant I don’t know what will.

Will Michele Flournoy Be the Angel of Death for the American Empire?
by Medea Benjamin and Nicolas J. S. Davies@medeabenjamin @NicolasJSDavieshttps://t.co/Qqyjl5vguN pic.twitter.com/buybd2P0nO

A favorite to lead America’s other war department, also known as the State Department, is former National Security Advisor and Ambassador to the United Nations Susan Rice. Rice is an ideal choice for a leading role in the Biden administration because she holds the valuable trifecta of being (A) female, (B) Black and (C) an enthusiastic promoter of the Iraq invasion which murdered a million human beings.

Some quotes from Rice, courtesy of Everett:

“I think he [then Secretary of State Colin Powell] has proved that Iraq has these weapons and is hiding them, and I don’t think many informed people doubted that.” (NPR, Feb. 6, 2003)

“It’s clear that Iraq poses a major threat. It’s clear that its weapons of mass destruction need to be dealt with forcefully, and that’s the path we’re on. I think the question becomes whether we can keep the diplomatic balls in the air and not drop any, even as we move forward, as we must, on the military side.” (NPR, Dec. 20, 2002)

“I think the United States government has been clear since the first Bush administration about the threat that Iraq and Saddam Hussein poses. The United States policy has been regime change for many, many years, going well back into the Clinton administration. So it’s a question of timing and tactics. … We do not necessarily need a further Council resolution before we can enforce this and previous resolutions.” (NPR, Nov. 11, 2002; requests for audio of Rice’s statements on NPR were declined by the publicly funded network.)

Susan Rice with Yossi Cohen, head of the Mossad. pic.twitter.com/jABipR0HPB

Rice, who is also notorious for helping to deceive the world into the destruction of Libya, may have difficulty getting confirmed for Secretary of State in a Republican-held Senate. But one way or another she’s guaranteed to be playing some role in the Biden administration.

Also under discussion for a role in leading the US threshing monster is Senator Tammy Duckworth, who has for months been aggressively attacking the Trump administration for not confronting Russia over the completely discredited claim that Moscow had paid Taliban-linked fighters to kill occupying coalition forces in Afghanistan.

You might think that someone who promotes cold war escalations on a daily basis which have no relationship to facts or reality might make Duckworth an unsuitable candidate for military leadership, but what you are apparently too bigoted and Russian to realize is that the Senator from Illinois is both a woman of color and handicapped. I bet you feel silly now.

Reminder: Donald Trump has not publicly called out a foreign dictator who reportedly has put bounties on American troops for 130 days.

Up for consideration as leader of America’s most sociopathic government agency is Obama’s former CIA Deputy Director Avril Haines, who protected all perpetrators implicated in a Senate report on CIA torture from suffering any consequences for their unspeakable brutality, and helped redact that same report. If selected Biden would become just the second president with the highly progressive distinction of selecting a female CIA Director, the first being Donald Trump when he appointed Torturer-in-Chief “Bloody” Gina Haspel (whose appointment Haines supported).

I don’t know about you, but I can’t wait to see how else the Decency President plans to uplift us with girl power and diversity of ethnicity and sexual orientation in the most powerful force of human slaughter in the history of civilization. 2021, here we come!

Our weapons will be manufactured by corporations
that have pansexual CEOs and Muslim shareholders.

The bombers will be emblazoned with rainbow flags
and flown by empowered women of all colors
who will scream “YAAASSS QUEEN!” as the mushroom clouds arise.

The desert sand will turn to glass in the blasts,
and that glass will become a ceiling,
and that ceiling will be shattered
by a lesbian CIA Director.

People will be vaporized on the spot,
or watch their own bodies fall apart like sandcastles,
but they will never be misgendered.

We will march as equals,
white, black, Asian, indigenous,
and whatever miscellaneous extras we can find
(so long as they’re photogenic enough for Instagram),
arm-in-arm singing “Fight Song” in one voice
beneath a drone-filled sky
to the edge of extinction
where we will leap together
screaming “This is all Susan Sarandon’s fault!”
into the face of the abyss.

It won’t be pretty,
it won’t be wise,
but at least,
for one glorious flash,
we will get to feel like we really tried.

0 thoughts on “Biden Will Have The Most Diverse, Intersectional Cabinet Of Mass Murderers Ever Assembled”