HOME / WORLD / Don’t Fool Yourself: Your Biden Vote Was Not A “Vote Against Fascism” 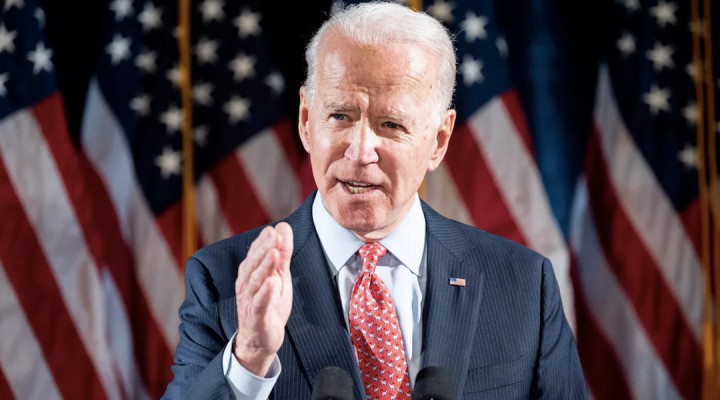 Well the post-election battle rages on, with rank-and-file Democrats freaking out that Trump will remain in office by force (spoiler: he won’t, he’ll leave office peacefully like his predecessors) and rank-and-file Republicans freaking out that Biden will enslave them to communism (spoiler: he won’t, he’ll enslave you to end-stage imperialist neoliberalism like everyone else).

There are accusations of cheating and shenanigans on both sides, and at this point I honestly don’t know how to care about any of it. Like what am I supposed to say? “Oh no, you mean the fake election for two fake candidates is really fake??” One corporate war whore is as good as another. Let Raytheon pick the winner for all I care.

Anxiety remains high, with mass media going out of its way to play up civil unrest fears as protests and counter-protests erupt across the country. I’ll just reiterate what I said before the election: any violence as this thing unpacks will only benefit the powerful, will be used to justify authoritarian agendas which serve the powerful, and will in all probability have been instigated by the powerful. There are situations in which one can argue that intelligent application of force by the citizenry could have good results, but dying over what oligarch crony gets to rule you isn’t one of them. Please be smart and stay safe.

All that said, the election itself is now over. Which means the lies that people on the true political left have been telling themselves in order to psych themselves out for a painful Biden vote must now be dispensed with. “I voted against fascism” is a common mantra I’ve been seeing around social media lately, and it is one such lie.

I get that American lefties have had to come up with all kinds of arguments for their decision to help elect a right-wing authoritarian warmonger with whom they have nothing ideologically in common, and to be clear I am not interested in telling them they are wrong for doing so. I can’t fault any American for whatever way they choose to interface with a fundamentally broken system, and I’m not here to vote shame anybody.

This is a very important distinction for everyone to get clear on, because repeating the mantra that you “voted against fascism” by voting for Biden can lead people to the very mistaken perspective that the US president is no longer advancing fascistic policies that need to be fought tooth and claw. By telling yourself you voted out fascism, you are lying yourself into a state of future complacency.

Here's the national 1989 speech Sen. Joe Biden gave where he attacked President Bush 41 for being soft on crime and drugs, & demanded more prosecutions & prison for drug dealers & *users*: led not only to the 1994 Crime Bill but major escalation of the Drug War & Penal State: pic.twitter.com/sg36rV30Zz

This is the same Joe Biden after all who is so hawkish that he not only supported the unforgivable Iraq invasion but played a leading role in actively making it happen. Who passed the notorious 1994 crime bill which helped explode the US prison population to levels unseen anywhere else in the world. Who made a career out of attacking Republicans for being insufficiently tough on drug use and crime. Who takes credit for authoring the words of the Orwellian Patriot Act years before it was passed when he tried to pass the same measures back when everyone else found such authoritarian oversteps horrifying. Who called WikiLeaks founder Julian Assange a “high-tech terrorist”. Who has shamelessly exploited racism at any time it could be used to advance his political career.

All of the ugly things which have been happening during the Trump administration will continue to happen during the Biden administration. White supremacist groups, cruel treatment of undocumented immigrants, attacks against the political left both at home and around the world, war, oppression, exploitation and austerity for the benefit of the wealthy and apathy toward everyone else, hell, even the obnoxious tweets of Donald Trump. All of it will continue; all that’s changed with Biden’s election is that some parts of it might possibly not be as bad.

If you voted for Biden, fine. Now do what you know is right and start throwing haymakers at the new head of the fascist empire.

0 thoughts on “Don’t Fool Yourself: Your Biden Vote Was Not A “Vote Against Fascism””