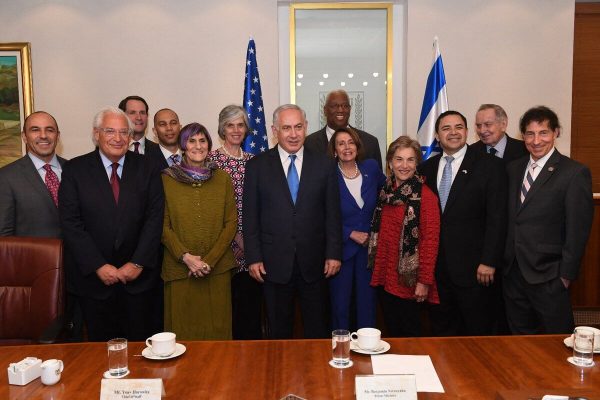 All it takes is a government conspiracy

The twentieth anniversary of 9/11 has motivated some critics of the standard narrative to explore alternative explanations for what took place on that fatal day. To be sure, there has been considerable focus through the years on exactly what happened, analyzing the technical aspects of what made the twin towers and nearby Building 7, which is where the CIA Station was located, fall while also speculating over what actually occurred at the Pentagon and at Shanksville Pennsylvania.

The narrative under attack basically derives from the 585 page 9/11 Commission Report and from both media coverage and government press releases near the time of the event and ever since. The basic government approved narrative goes like this: Nineteen Arab hijackers, mostly Saudi nationals, acting under orders of Osama bin Laden, head of the terrorist group al-Qaeda, used box cutters and other implements to seize control of four commercial airliners. Two of them were flown into the twin towers of New York City’s World Trade Center, which collapsed from the damage, a third plane struck the Pentagon and a fourth plane crashed in Pennsylvania when passengers attempted to regain control from the hijackers. There was some debris from planes at the sites, but the bodies of passengers, crew and hijackers were largely consumed beyond recognition by the flames and intense heat. DNA samples collected at the various sites have, since that time, reportedly identified some of the dead. Building 7, which was not struck by a plane, caught fire from the falling debris from the nearby World Trade Center towers and the flames spread to such an extent that it had to be demolished to prevent endangering other adjacent buildings.

In support of the alternative theory that the buildings were brought down by controlled demolition type explosions is the lack of any serious forensic analysis of the fragments of masonry and steel. The debris was picked up hurriedly and dumped at sea and abroad where it could not be subjected to chemical examination. That fact alone smacks of conspiracy.

Nearly 3,000 US citizens and residents died in the multiple attacks, remembrance of which became the driving force behind a Global War On Terror (GWOT) launched by the George W. Bush Administration. Recently released FBI documents have added somewhat to the standard 9/11 tale, conceding that the Saudi government and some wealthy individuals, possibly including the royal family, helped the hijackers both directly and indirectly, but there is no evidence to suggest that there was any direct involvement by Riyadh in the conspiracy, if that is what it was. Bear in mind that “no evidence” does not mean “not guilty” and there are still a number of Saudi related documents that are classified.

The first question that should be asked relating to “whodunit?” is “Who benefits?” The Saudis would have had no motive to carry out the attack in any event as the Kingdom was very much dependent on American support to survive in its current autocratic form. Unless al-Qaeda had some desire to harm or even bring down the Saudi state, for which there is some evidence, the benefit to the group and its leadership is difficult to discern unless 9/11 is regarded as little more than a gratuitous act of violence or punishment of Washington for its misdeeds in the Middle East. Bin Laden was reportedly in a Pakistani Army hospital in Rawalpindi having dialysis on the day before the attacks and may still have been under medical care, so the timing is curious if he was indeed one of the masterminds. Also, in his first recorded comment on 9/11, bin Laden’s immediate response was that he didn’t have anything to do with it.

That leaves two prime beneficiaries of 9/11, the state of Israel and a possible secret cabal in the US government made up mostly of neoconservatives that may have been tied to the Israelis and which wanted to use the American military might to remake the Middle East. Israeli Prime Minister Benjamin Netanyahu openly admitted that Israel had much to gain from the US joining his country’s war against Muslim terrorism, saying that “It’s very good. Well, not very good, but it will generate immediate sympathy [and] strengthen the bond between our two peoples, because we’ve experienced terror over so many decades, but the United States has now experienced a massive hemorrhaging of terror.” And, of course, in Netanyahu’s view, the attack was conveniently attributable to Israel’s enemies.

There is plenty of evidence that supports possible Israeli or neocon involvement so the next question becomes “What did they do and how did they do it?” In a recent groundbreaking article former CIA Senior Analysts and Presidential Briefer Ray McGovern explains how there was plenty of warning in US government intelligence and security circles of what was coming, but somehow people at the top seemed to block any action that might have mitigated or even prevented the attack. Even high-level dire warnings from friendly intelligence services in France, Germany, Britain, Italy and Arab countries were ignored. The persistence in avoiding any follow-up or preventive measures is far beyond the point where it could have been a coincidence and one notes the presence of Vice President Dick Cheney in the chain of command at the top of the bureaucracy who was known to have favored an interventionist defense policy and may have contrived to bring it about. Cheney, of course, had close ties to the neocons in the Pentagon and on the National Security Council Staff.

Ray notes that none of the identified Administration officials who were guilty of malfeasance over 9/11 were disciplined or fired. On the contrary, many were promoted with Under Secretary of Defense Paul Wolfowitz as a prime example of someone who wound up as head of the World Bank. The failure to punish is a sure sign of a cover-up. I would add to that the fact that Israel was not even investigated during the preparation of the 9/11 Report in spite of the fact that it had a massive spy operation targeting Arabs underway in the US. Also, known Israeli intelligence agents “working” for a bogus New Jersey trucking company that may have been involved in deliveries of explosives and detonators to the WTC buildings on weekends and late at night were seen dancing and celebrating as the buildings burned behind them.

As for the WTC buildings themselves, they had conveniently been privatized by the owner, the Port Authority of New York and New Jersey, which may have provided after hours and weekend access to them. The decision to privatize was reportedly due to recommendations made by commissions headed by billionaire Ronald Lauder, who was also President of the World Jewish Congress. This resulted in Larry Silverstein obtaining a 99-year lease on the Twin Towers in July 2001. Silverstein, several of his children and some of his senior managers were supposed to be in the buildings on the morning of 9/11, but for various reasons did not show up. Silverstein later benefited to the tune of $4.55 billion from an insurance policy on the buildings, though he had sought $7.1 billion, claiming that the policy covered “per incident” and there had been two plane strikes.

The case for Israeli active intervention on a political level is also extremely strong, outlined in the 1982 Yinon Plan and in the “A Clean Break: A New Strategy for Securing the Realm”, which was prepared by a group of American neocons in 1992 for Israeli Prime Minister Benjamin Netanyahu. Neocons in their foundational document the Project for a New American Century (PNAC) expressed the desire that the United States should experience a “some catastrophic and catalyzing event – like a new Pearl Harbor” that would motivate the country to attain “full spectrum global dominance” by means of military force. And to implement their schemes, Israeli diplomats, the Israel Lobbyists, and neoconservative largely political appointees were never in short supply on Capitol Hill. Many of the American Jews involved in the neocon network wound up in the Pentagon working for Paul Wolfowitz or Doug Feith’s Office of Special Plans. Others worked for Cheney or were on the National Security Council, all well placed to influence a crime and cover-up on a massive scale.

The final question “How did they do it?” results in a speculative response, but I would argue that if the Arab hijackers really existed, both Israel, which clearly would have known about what was coming, and the cabal in Washington, just “let it happen,” making it a version of a false flag attack. If they had prior knowledge that the presumed Saudi hijackers, most of whom they likely knew by name, would be taking over the airliners and crashing them into high value targets to include the WTC and government buildings in Washington, it served their purpose to not interfere and let them do it. And Israel had plenty of “friends” in the media and government to execute the cover-up. America would be at war forever in the Middle East and Benjamin Netanyahu would be smiling as his country’s enemies would be held to blame and punished severely.

My speculation might not be accurate in every detail, but I would bet it is a lot closer to reality than what has been peddled in the United States over the past twenty years.

9/11 Gas-Lighters & The Rise Of The Biosecurity State