HOME / WORLD / 9/11, a Personal Journey Down the Rabbit Hole 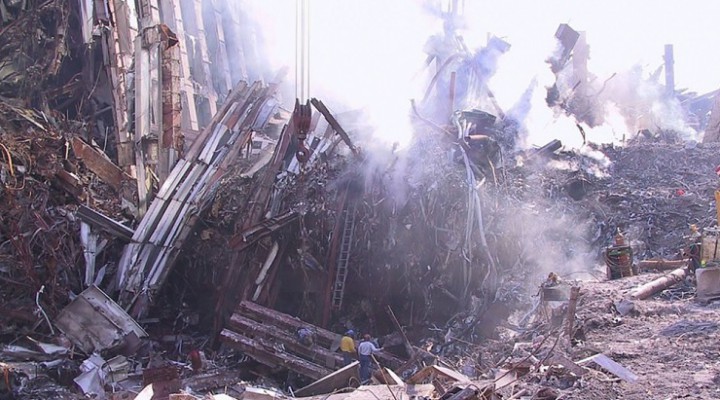 We all remember 9/11 as we remember so many other days, the Challenger disaster, the Kennedy murders or, for me, the fall of Saigon.

For me, 9/11 began a new journey. I had some years ago tried to move my own career from defense and intelligence endeavors to the sane and rational, real work with real people. Defense and intelligence work is hardly real, it involves platform upon platform of lies and fantasy. The whole thing is a con, spies, wars, terrorism, the entire multi-polar world is pure theatre.

Let’s go back to that day. It began with hijacked planes. There had been hijackings for decades but there had also been efforts to end hijacking. Sky Marshals were put on planes to mollify the public but behind that other things were done, including “shoot down” orders for any plane flying over North America with a terrorist in control.

That decision was made and implemented many years ago based on a “Black Sunday” scenario, an aircraft hitting a Super Bowl or similar target, killing up to 100,000.

The US keeps supersonic aircraft armed on the tarmac across the country that can reach any hijacked plane on afterburner in minutes.

Then there is that other thing, for fly-by-wire planes and that is an override that will land planes that is part of the engine management system. It is run by the CIA. Satellite communications can override flight controls and auto-land any advanced aircraft. MH 370 had one of these systems, so did the planes listed as “hijacked” on 9/11.

All military and intelligence people know this, around the world. Wonder why it was never mentioned?

Then the Pentagon, the idea of a plane flown just above the Potomac at 550 miles per hour. Problem here, at below 25,000 feet, any plane with fuel filled wings, like an airliner, will come apart. All the 9/11 planes violated physical laws.

They can’t fly that fast that low and if they could, the control surfaces would have quit working meaning they would have simply augured into the ground totally out of control.

Of course, I know this because a close friend is a longtime airline pilot and head of security at a major airline. Two of my friends are engineers at Boeing.

Then a group of Architects and Engineers claimed even planes at impossible speeds could not have seriously damaged the buildings, not just hundreds, more, and they are highly qualified people.

But then even they began offering strange solutions, claiming energy weapons that don’t exist or thermite powder took down the towers.

Their most important point is that Building 7, a third tower that was only slightly damaged and never hit by a plane collapsed also.

Their other claims, like thermite powder, are not just unlikely they are outlandishly false. There is always the “how did they do it” issue where that ploy ends in failure.

As all of this is happening, quite predictably, the world is immersed in war. America has set up secret prisons and a massive program of kidnapping and torturing “suspected terrorists.”

For those working in defense and intelligence, the Global War on Terror has drawn all into a single effort, not to defeat terrorism but rather to join the queue in raking in a portion of the endless billions paid to anyone willing to join the insanity, a war on imaginary terror.

You see, some of us were around for the conflict in Afghanistan that began so many years ago. The US, then aided by Pakistan, created terror groups to overthrow the Kabul government and war on the Soviet Union.

Around the same time, the US also set up a similar capability, secretly headquartered in Libya, to fight a terror war in Europe in case the Soviets staged a successful invasion of Western Europe.

This effort was called Operation Gladio, where terror groups were armed, taught bomb making and put in “cold storage” for a day they would be needed.

But then they brought themselves out of cold storage, Black September, the Red Brigades and other CIA created organization, as with ISIS and al Qaeda.

For the next 20 years they kidnapped, bombed and terrorized Europe.

They did the same thing in Central and Latin America as well.

This puts us back at the usual questions. Why would the US do this? What capabilities make something like this possible? This kind of operation or set of operations would require broad corruption in both military and intelligence.

What is obvious is that however corrupt of mismanaged the United States had been in the past, and the war in Vietnam is evidence of massive corruption and control of government by those who profit from war, but this is worse.

At some point, the press began to stop supporting the Vietnam War and, as activist veterans, a group I joined after returning from the war, began leading protests, the war was exposed for what it was.

That last question is easy. It was Benjamin Netanyahu that told us that 9/11 was very good for Israel. Well, Jewish Americans, with up to 1 million holding Israeli passports, make up America’s “left.”

What happened in America is that After the Reagan presidency, the last American strong enough to stand up to Israel, every president since has been answerable to the billionaires that control both political parties in the US, billionaires who are in most cases also Israeli citizens.

Opposing the will of these billionaires and the organizations they run, Google, Facebook, Wikipedia along with congress and the Supreme Court, let us not forget they run the stock markets as well, is suicide.

You see, they also run the press, they own it and that isn’t conjecture.

Thus, any who oppose Islamophobia or Russophobia or who question who really funds terror groups like ISIS or those who really staged 9/11 face charges of anti-Semitism.

No one survives that kind of smear, just ask Jeremy Corbyn.

For 20 years, reality itself has been assaulted. We have a worldwide duality, the ignorant and “led” against those who understand but choose silence and survival.

You can’t hijack a plane in the US, it will either be shot down or, since some time in the early 1990s, simply be robotically landed.

You see this done on TV all the time and it isn’t new. If a Tesla can drive through New York traffic at rush hour, a jet airliner can be landed using “fly by wire” that has been around forever. From Wikipedia:

Servo-electrically operated control surfaces were first tested in the 1930s on the Soviet Tupolev ANT-20. Long runs of mechanical and hydraulic connections were replaced with wires and electric servos.

In 1941, an engineer from the Siemens, Karl Otto Altvater developed and tested the first fly-by-wire system for the Heinkel He-111, where the aircraft was fully controlled by electronic impulses.

In 1934, Karl Otto Altvater filed a patent about the automatic-electronic system, which flared the aircraft, when it was close to the ground.

The first pure electronic fly-by-wire aircraft with no mechanical or hydraulic backup was the Apollo Lunar Landing Training Vehicle (LLTV), first flown in 1968.

The first non-experimental aircraft that was designed and flown (in 1958) with a fly-by-wire flight control system was the Avro Canada CF-105 Arrow, a feat not repeated with a production aircraft (though the Arrow was cancelled with five built) until Concorde in 1969, which became the first fly-by-wire airliner. This system also included solid-state components and system redundancy, was designed to be integrated with a computerised navigation and automatic search and track radar, was flyable from ground control with data uplink and downlink, and provided artificial feel (feedback) to the pilot.

In the UK the two seater Avro 707C was flown with a Fairey system with mechanical backup in the early to mid-60s. The program was curtailed when the air-frame ran out of flight time.

In 1972, the first digital fly-by-wire fixed-wing aircraft without a mechanical backup to take to the air was an F-8 Crusader, which had been modified electronically by NASA of the United States as a test aircraft; the F-8 used the Apollo guidance, navigation and control hardware.

This was preceded in 1964 by the Lunar Landing Research Vehicle (LLRV) which pioneered fly-by-wire flight with no mechanical backup. Control was through a digital computer with three analog redundant channels. In the USSR, the Sukhoi T-4 also flew. At about the same time in the United Kingdom a trainer variant of the British Hawker Hunter fighter was modified at the British Royal Aircraft Establishment with fly-by-wire flight controls for the right-seat pilot.

The Airbus A320 began service in 1988 as the first airliner with digital fly-by-wire controls.

Today, the last fake 9/11 controversy is over the role of Saudi Arabia in funding and organizing 9/11. This, of course, is a “con” as well and predicated on the false belief that the Saudi Royal family, which is “Saudi Arabia” was a “blood enemy” of Israel.

The years since and the partnership, an open one, between Israel and Saudi Arabia against Syria, Iraq and Lebanon is long a matter of fact though not “official history.”

When we travel back in time, knowing what we know, watching the videos of planes flying 550 miles per hour at near sea level, and the massive explosions that brought down the three towers, the dread some of us felt that day wasn’t over those killed.

It was over those we knew would die, perhaps even in the millions, and the assault on world order, human rights and reason itself that would ensue.

0 thoughts on “9/11, a Personal Journey Down the Rabbit Hole”