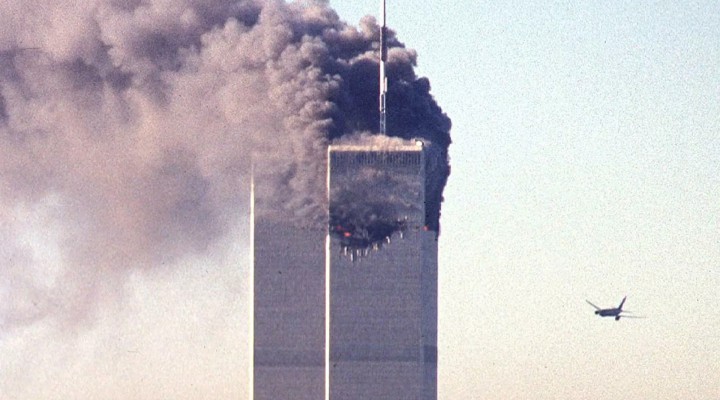 The United States’ 245-year history as a political entity has been one long trail of wars and more wars. It is estimated that nearly 95 percent of that historical span has seen the nation involved in either all-out wars, proxy conflicts, or other military subterfuges.

But since the 9/11 terror attacks in 2001, the US has gone into hyper-war mode. Twenty years ago, the invasion and occupation of Afghanistan ushered in multiple other American wars and covert operations from Asia to Africa, from the Middle East to the Americas.

At one point, the former Obama administration was bombing seven countries simultaneously all in the name of “fighting terrorism”. Hundreds of US bombs rain down somewhere on the planet every day.

What is rather sickening is how the 20th anniversary of the 9/11 event this weekend is marked with solemn speeches by US president Joe Biden and his British counterpart Boris Johnson – the two countries that spearheaded the “War on Terror” era.

Biden claims that 9/11 demonstrates the “unity and resilience” of the American people, while Johnson blusters with platitudes about 9/11 showing that “terrorists did not defeat Western democracy and freedoms”. This self-indulgent piffle is contemptible and nauseating.

Two decades after the US and Britain launched their criminal blitzkrieg on Afghanistan and the rest of the world, those two nations are more financially broke than ever. Internally, they are more bitterly divided than ever. More evidently, their so-called democracies are in reality oligarchies where a tiny rich elite rule over a mass of impoverished people who are spied on and treated like serfs by unaccountable secret agencies and a mass media in hock with oligarchic masters.

If there was a genuine commemoration of 9/11 it would entail a mass uprising by the people to overthrow the war-mongering class system that Biden and Johnson serve as frontmen.

Just this week – of all weeks – the American and British states are in effect admitting that their societies are collapsing from vast economic inequality and crumbling infrastructure. The Biden administration is trying to release a budget of up to $4.5 trillion to alleviate poverty and repair decrepit roads, bridges, buildings and other public utilities.

The Johnson regime in Britain is forced to admit that the National Health Service is overwhelmed by a chronic lack of funding. Taxes are being hiked that will hit low-income workers in order to pay for the £12 billion ($16bn) needed to prop up the enfeebled health service.

All of the cost for trying to repair the US and Britain to make these countries a modicum of decency for its citizens to live in could have been covered by the expenditure on wars in Afghanistan, Iraq, Libya, Syria, Somalia, Yemen and elsewhere that the US and Britain have directly or indirectly been involved in.

A new estimate of the cost for the “war on terror” by the United States alone is put at $8 trillion. This is roughly double the infrastructure bill that Biden is trying to get passed by Congress. American politicians are objecting to the extravagance of that “rescue budget”, yet they had no qualms about spending $8 trillion on wars. It is also estimated that for Britain its military adventurism in Afghanistan alone cost a total of $30 billion. Again, just imagine how British society might be better off if that money had been spent instead on attending to the health needs of its citizens.

But 9/11 also ushered in wanton warmongering regimes in Washington and London that have bled the American and British public of finances and democratic rights. In 2001, the US national debt was about $6 trillion. This year that debt burden on future American generations has escalated to $28 trillion – a crushing, unsustainable burden largely driven by criminal wars.

The healthcare costs for American military veterans wounded and maimed from the wars on terror are projected at $2 trillion. Over 30,000 US service members and veterans are reckoned to have committed suicide over the past 20 years. That’s 10 times the number of American people who died on the day of  9/11.

Untold millions of innocent civilians were killed by the wars that the US and British launched after 9/11. Such suffering and destruction all for nothing except for the enrichment of war-profiteering corporations and the oligarchic elite.

The United States and Britain have been so deformed by criminal wars they have become dysfunctional and dystopian. They have inflicted failed states around the world, but none more so than on their own people. The towers that fell on 9/11 were a premonition of much bigger collapse.