HOME / WORLD / 20 years after 9/11, I no longer recognize my country. The US has become a malignant narcissist, infecting all it encounters 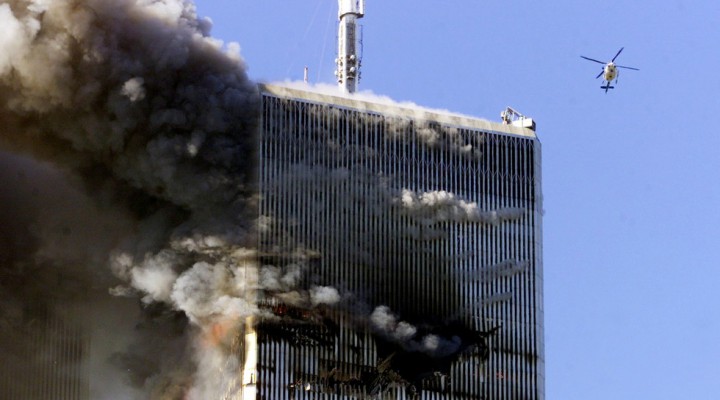 It’s said we become stronger in the face of adversity, as the journey back requires a degree of self-reflection that encourages healing. In the two decades after September 11, however, the US has learnt nothing about itself.

I was raised as a military brat – a special category of American youth imbued from an early age with the pride in being part of a collective united by a sense of duty to country and the selflessness of sacrifice when it came to fulfilling that duty. There was no concept of entitlement – everything that came your way was either earned or suffered, based on your actions or the actions of others in your group.

The military brat lived a life where at least one parent, but sometimes both, wore the uniform of one of the branches of the armed forces of the United States of America. In my case, it was my father, who served as an officer in the US Air Force. We moved every year and a half,  on average, which meant, from the time I was born until I graduated high school, we packed up our belongings and started a new life somewhere else no fewer than 11 times, and I attended three different high schools: one in Hawaii, one in Turkey, and one in Germany. We learnt to love our country not from some inflated sense of worth, but rather from seeing it as others saw it – the good, the bad, and the ugly, but mainly the good.

This experience defined me as an adult, especially when I followed in my father’s footsteps and joined the military – in my case, the Marine Corps – and lived a life defined by service overseas.

By the morning of September 11, 2001, I was someone who knew, based on first-hand experience, that my country was deeply flawed, capable of making huge mistakes, but also uniquely empowered to do great good in the world if properly motivated. When, as millions of other Americans, I watched in horror as the Twin Towers of the World Trade Center were brought down, as smoke billowed from a hole in the side of the Pentagon, and a farmer’s field was marred by the wreckage of a passenger jet, all because of the actions of terrorists bent on doing harm to my country, I was filled with outrage. As I watched the American people come together in the aftermath of the attack, and the global community rally around us in sympathy, I was comforted by the thought that the terrorists had lost. That, through their actions, they had not defeated us, but made us stronger, both as a nation and as part of the global community of nations. I have never been so wrong about anything in my entire life.

Almost immediately, my country began behaving as a spoiled brat, insisting that the world join us on a mission to not only hunt down and punish those who planned and implemented the 9/11 attacks, but also to reshape the world according to our vision. In short, we were the only nation that mattered, and everyone had to conform to our direction. “You’re either with us,” our president proclaimed, “or with the terrorists.”

We invaded Afghanistan for the purpose of exacting revenge more than seeking justice, and then followed up that action by invading and occupying Iraq – a nation that had nothing whatsoever to do with the events of 9/11. Iraq was not supposed to be an isolated event, either, but, instead, the initiating action of a larger effort at regional transformation that saw the US trying to topple the governments of Syria, Iran, and other nations for the purpose of installing governments that we alone deemed acceptable, with no consideration whatsoever for those who lived in those countries, or for those we insisted join us on these misadventures.

Looking back on the 20 years that have transpired since 9/11, the harm we caused to the world is painfully obvious to everyone, it seems, except ourselves.

As I reflect on the national hubris that wrought such death and destruction, I am struck by how badly Americans squandered the opportunity that had emerged from the ashes of 9/11. The world had rallied around us in the aftermath of that horrible day, and we had a choice to either work with the world to resolve the problems manifested by the actions of the terrorists who had attacked us, or to squander this opportunity by insisting that 9/11 was all about us, the rest of the world be damned. We chose the latter.

In trying to explain the actions of the US post-9/11, the most accurate diagnosis I can come up with is narcissistic personality disorder. This is a mental condition defined by an inflated sense of one’s own importance, a deep need for excessive attention and admiration, troubled relationships, and a lack of empathy for others. Notably, underneath this veneer of extreme self-confidence is a fragile ego vulnerable to the slightest criticism.

When one reflects on the sense of entitlement America exhibited in the aftermath of 9/11, and continues to exhibit to this day, the signs and symptoms of collective narcissistic personality disorder become manifest, as evidenced in our government’s rhetoric:

The other symptoms roll off the tongue, readily recognized by anyone capable of self-reflection: monopolizing conversations, and belittling or looking down on people they perceive as inferior; expecting special favors and unquestioning compliance with their expectations; taking advantage of others to get what they want; having an inability or unwillingness to recognize others’ needs and feelings; being envious of others and believing others envy them; behaving in an arrogant or haughty manner, coming across as conceited, boastful and pretentious; and insisting on having the best of everything.

Maybe we were always this way, and it took 9/11 to bring these horrible traits to the surface. But in reflecting on the past 20 years, I don’t recognize the country we’ve become: a nation of narcissists who have allowed the malignancy of our condition to detrimentally impact the rest of the world. I know my nation can do better. But to do so, we need to reflect on what we’ve become, recognize that this condition is not acceptable, and be willing to undertake whatever remediation is necessary to correct the underlying condition.

Unfortunately, as a nation of narcissists, I doubt we’re capable of doing this. On the 20th anniversary of 9/11, I fear the underlying symptoms of our national personality disorder are only worsening, with our malignancy infecting all we encounter. This may not be the legacy people think we deserve after the horrors of 9/11, but it is the legacy we have earned through our actions.

One thought on “20 years after 9/11, I no longer recognize my country. The US has become a malignant narcissist, infecting all it encounters”