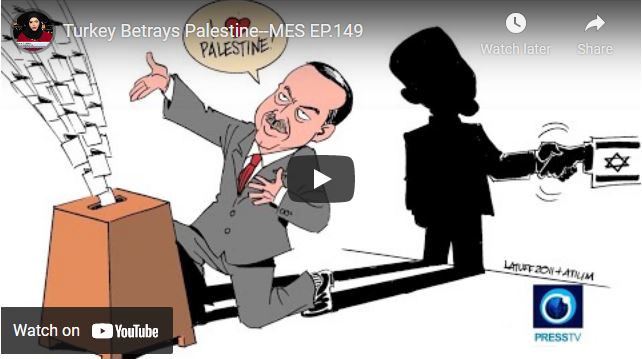 Turkish President Recep Tayyip Erdogan received the President of the Israeli enemy, Isaac Herzog, in his palace last week, with a robust and warm reception, after what looked like a political estrangement since 2008.

Various contexts and attempts have been made to heal the rift in the relationship between the two sides.

Although the push towards reforming the relationship was an “Israeli” one during the past fifteen years, however, the recent Turkish keenness to normalize relations with the enemy and restore the impurities of the previous stage was predominant.

What are the motives of the Turkish leadership to normalize relations with the Israeli entity at all levels?

We discuss this and more with Saleh Aby Ezzi, writer and political commentator from Jenin in the occupied West Bank.

The dramatic Yemeni progress in the eighth year of the war tightened the noose around the kingdom’s neck, and changed its priorities, from fighting against the entire axis of resistance in the areas of regional influence, to withdrawing to the Saudi interior geography.

The steadfastness of the Yemeni people led the Kingdom to retreat from its previous challenges. However, retreating does not mean changing the goals, but rather changing the priorities for Riyadh, which seemingly has recoiled to preserve the security from within its own borders. The shift in the balance of power and the deterrence equations drawn by the 8th year of the war, the “year of decisiveness,” according to the Yemenis, enabled Sanaa to move from defense mode to a gradual, ascending and unprecedented attack.

To discuss this issue with us from Beirut is Yemeni activist and media persona Ali Al Darwani.

Is Erdogan a US/UK stooge or a rogue dictator with delusions of empire?