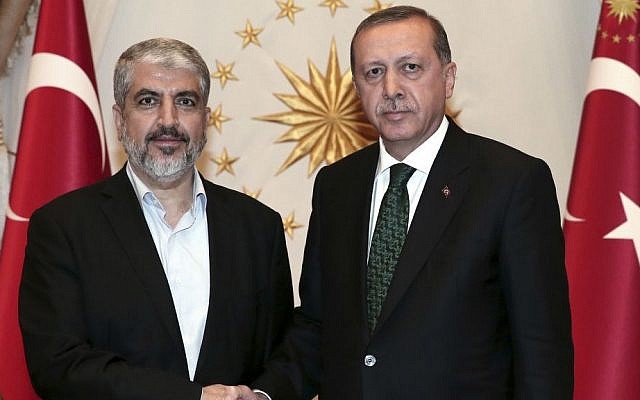 Why Erdogan is ditching erstwhile allies

The honeymoon years between Recep Tayyip Erdogan and the Islamic Resistance Movement in Occupied Palestine (Hamas) appear to be coming to an end as the Turkish president accelerates the normalisation of relations Israel and the two countries turn a new leaf — or rather reopen an old one — in relations, to be formalised during Israeli President Isaac Herzog’s visit to Ankara at the head of a large delegation on 9-10 March.

The pro-government daily Hurriyet reported on Tuesday that Erdogan’s government has been in talks with several countries for more than a year and half about taking in Hamas members currently based in Turkey, especially military officials. The movement has reportedly been informed of the relocation decision.

Turkey’s new strategic ally Israel demanded the removal of all Hamas elements from its territory as a condition for fully normalizing relations – starting with Saleh al-‘Arouri, the movement’s deputy leader and head of military operations in the West Bank military. He left Ankara and now moves covertly between Tehran, Beirut and Doha.

Erdogan’s chief advisor Dr. Ibrahim Kalin began a two-day visit to occupied Palestine on Wednesday at the head of a delegation including Deputy Foreign Minister Sedat Onal to prepare for the Israeli president’s visit to Ankara and one-on-one meeting with Erdogan. The Turkish delegation will also make a token trip to Ramallah and meet Palestinian President Mahmoud Abbas for appearances’ sake.

Erdogan, who ‘froze’ the Egyptian Muslim Brotherhood’s activities in his country and muzzled Istanbul-based Egyptian opposition TV channels, now wants to impose the same restrictions or more on Hamas and its members. He may have conceded the failure of his political Islamist and Ottoman revivalist project (except in Syria) and decided to reach out to governments that revile and persecute political Islam in Egypt, the UAE, Israel, and soon Saudi Arabia.

While political Islam was one of the cards Erdogan and his party used to gain power two decades ago, he is increasingly opening up to the creed’s sworn enemies in the East and West alike. His turnaround and his current political alliances are driven entirely by his need to escape the worsening economic crises that have made his and his party’s popularity ratings plummet.

Erdogan’s support for Hamas and the Muslim Brotherhood was more rhetorical than practical. He never supplied a single bullet or dollar to the Islamic resistance movement in occupied Palestine — unlike Iran, Hezbollah or Syria, and even the Egyptian army, which during former president Hosni Mubarak’s tenure turned a blind eye to much Hamas arms-smuggling into the Gaza Strip.

During and after the Mavi Marmara flotilla massacre when Israeli special forces killed 12 Turkish activists who were trying to break the blockade on Gaza Strip, there have been 70 flights daily between Israel and Turkey and trade between the two countries continued to grow remarkably throughout the period of supposed tension in relations.
Erdogan’s policy turnarounds, coupled with his active occupation of Syrian and Iraqi territory, will cost him much of the support he once had among Arab and Muslim peoples and could also lose him next year’s presidential and parliamentary elections, without gaining him any allies in the East or West.

0 thoughts on “Turkey turns on Hamas”