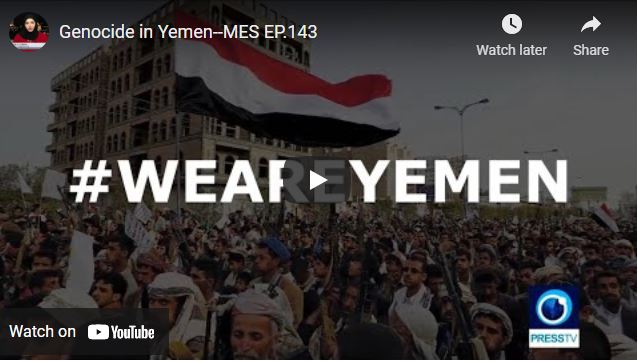 Details continue to unfold about the Emirati-Saudi bloodbath in retaliation to Ansarullah’s “Yemen Cyclone” operation. The US-led Emirati-Saudi aggression targeted civilian objects in the capital, Sana’a in violent attacks that appeared to be similar to the serial attack that the city was previously subjected to during the first days of the war, in late March 2015.

Air raids hit various neighborhoods of the capital Sanaa, whose population exceeds 4 million with F16 and F15 war jets. More than 70 martyred and 120 wounded as a result of the raids of the Saudi coalition on a central prison in Saada. Further west in Hodeidah, 6 martyrs, including 3 children, and 18 wounded, most of whom are children, is the latest toll of the coalition’s crime in Al-Mowasalat neighborhood. All that in complete Internet outage in Yemen after the aggression targeted the “International Telecommunication and Internet Gateway” in Hodeidah, Yemen’s only Internet provider in Yemen.

To discuss this issue with us from London is Israa Al Fass, human rights advocate.

Responding to questions about changes in diplomatic relations with Israel, Turkish President Recep Tayyip Erdogan said that his office was having talks with Isaac Herzog, the occupation’s President, and that he may be visiting Turkey soon.

Emphasizing similar willingness on the Israeli side for fully normalizing bilateral relations, Erdogan said that Prime Minister Naftali Bennett also has a positive approach.  Look no further than the strong alliance forged in recent years between Israel, Greece and Cyprus, especially in the domains of security and energy to understand Turkey’s interest in selling out on Palestine once and for all. The Israeli occupation has clarified lately that any rapprochement with Turkey will not come at the expense of its strong ties with Cyprus and Greece.

To discuss this issue with us from Damascus is Sarkis Kassargian journalist expert in Turkish affairs.