HOME / WORLD / Trump’s base has largely supported his claims of fraud: political Analyst 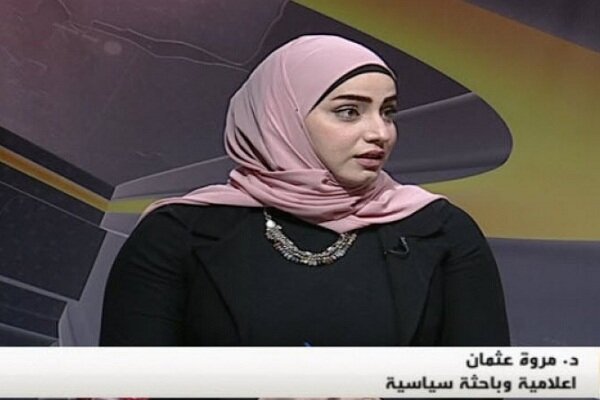 A Lebanese political expert says Donald Trump’s base has largely supported his claims of voter fraud, “but his effort to convince more mainstream Republicans that the election was stolen suffered a big blow when Fox News, the conservative cable network that has been supportive of his presidency” declared his rival Joe Biden as the victor.

“Some Republicans did criticize Trump for making what they called ‘baseless allegations’ about voter fraud,” Marwa Osman tells the Tehran Times.

The following is the text of the interview:

Q: How do you see the fate of Trump’s refusal to accept Biden’s victory in the presidential election?

A: Donald Trump did not shock anyone when he refused to accept the result of the U.S. election, especially as he accused media outlets that called the race for Joe Biden of colluding with the president-elect is trying to steal the White House. The man even declared that “this election is far from over.”

Trump’s base has largely supported his claims of fraud, but his effort to convince more mainstream Republicans that the election was stolen suffered a big blow when Fox News, the conservative cable network that has been supportive of his presidency, also called the race for Joe Biden. Meanwhile, some Republicans did criticize Trump for making what they called “baseless allegations” about voter fraud; party leaders are in a difficult position because they know the president retains huge support among the party base. Keep in mind that Trump has received 70 million votes, over 7 million more than his final count four years ago. Trump said his campaign has started prosecuting his case in court to ensure that election laws are fully upheld. The rightful winner is actually seated, especially in the swing states that remained undecided. Either way, Trump is hoping for more success in Pennsylvania, where it has challenged a move by the state to accept postal ballots that arrived up to three days after the election. However, in Pennsylvania, election officials have said that the number of votes that arrived after election day was insufficient to alter the outcome, which means Trump has no legal chance of changing the results of the ballots.

Q: What is Trump’s legacy for America and the international community?

A: The man is definitely poised to leave a legacy of chaos with his big last-minute decisions, one of which is the foreign policy move. The abrupt dismissal of the U.S. defense secretary, Mark Esper, and reported plans for multiple layers of new sanctions on Iran has made clear that Donald Trump’s last ten weeks in the office could still prove a very bumpy ride for the rest of the world. Trump is seeking to demonstrate he is still in charge of foreign and defense policy, fueling fears about the impact a vengeful president might have on the U.S. role on the world stage over the coming ten weeks of transition. In recent months, the Trump administration’s strategy has been to build up pressure on Iran to provoke a response from Tehran, which would make it harder for the incoming administration to salvage the 2015 nuclear deal. Trump could also go as far as formally withdrawing from the New Start Treaty with Russia, which limits the nuclear arsenals of both states and which is due to expire in February or seek to remove the U.S. signature from the Comprehensive Test Ban Treaty, which the U.S. signed but which remains unratified by the Senate. An incoming Biden administration could reverse those acts, but the whiplash effect would add confusion over Washington’s standing and sap confidence around the world that the U.S. will stick to agreements it signs.

Q: Can it be said that Trump is an exception in America’s history? Or does he represent real American values?

Donald Trump branded the whistleblower, who first revealed reports about his effort to shake down Ukraine to dig up dirt on a political opponent, along with a list of institutions Donald Trump smeared, which includes: the intelligence agencies he once accused of using Nazi-type tactics, the news media, the foreign service, the military, and the Federal Reserve. So yes, he is an exception in that sense, especially when he waged vitriolic and systematic attacks to undermine such government institutions. As for American values, win or lose, Trump was the mirror America, and its so-called values needed. He lacks transparency and demonizes every institution or person he disagrees with. He regularly flaunts undemocratic values, and his narcissism seemingly knows no bounds. This is America for the rest of the world.

Q: Do you expect a fundamental change in U.S. policies under Biden’s administration?

A: Biden makes no secret of the speed with which he plans to bury “America First” as a guiding principle of the nation’s foreign policy. He says he will re-enter the Iran nuclear deal, assuming the Iranians are willing to reverse course and observe its limits and that he would sign up for another five years of the only surviving nuclear arms treaty with Russia and double down on American commitments to NATO after four years of threats from President Trump to withdraw from the alliance. However, Biden said many times that he would make Russia “pay the price” for what he says have been disruptions and attempts to influence elections, including his own.

Q:  Do you expect a change in U.S. attitude towards Arab countries, including Saudi Arabia?
A: Biden is expected to continue the U.S.’s withdrawal from the region, even more so since championing a return to a more conventional foreign policy that is likely to play second fiddle to domestic emergencies such as the coronavirus pandemic and an American economy on its knees. Nonetheless, I do believe Biden will make his presence felt in the Middle East (West Asia). Biden’s strategy for the broader Middle East (West Asia) region remains unclear; however, many observers conclude that Biden will proceed with the U.S. withdrawal that began under president Barrack Obama and reached its peak under Trump. Moreover, Biden has also vehemently opposed pro-Palestinian initiatives from within his party. Biden’s reaction to the UAE-Israel deal also displayed his support for Israel. He called the deal a “historic breakthrough” and promised to persuade more countries in the region to sign similar agreements. What sets Biden apart is his pledge to reverse Trump’s withdrawal of economic and humanitarian assistance from the Palestinians and his pursuit to reopen the Palestinian Liberation Organization’s mission in Washington, as well as the U.S. consulate in Jerusalem for Palestinian affairs. However, Biden’s Israel policy is likely to be a continuation, while experts argue could sum up Biden’s upcoming Middle East policy in general. As for Yemen, I don’t think the country will be part of any discussions and aspirations that would drastically change the current situation.

0 thoughts on “Trump’s base has largely supported his claims of fraud: political Analyst”