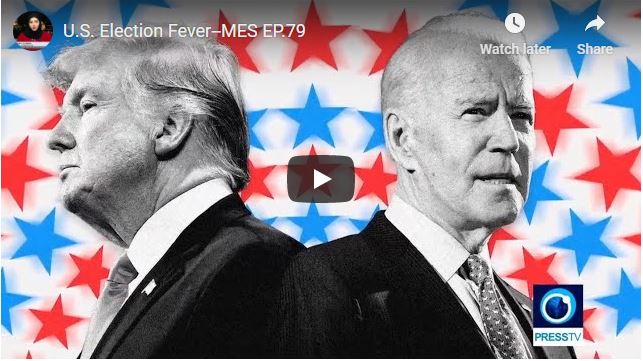 On the eve of the 2020 US presidential election, it remains to be seen whether the Middle East is going to be used to galvanize support for a conservative nationalist foreign policy. In 2016 for instance, Trump’s campaign often invoked the Middle East as a region, where the US has needlessly squandered blood and treasure. Furthermore, in September 2015, Trump pledged to deport all Syrian refugees — most of whom are Muslim — from the United States. Whereas, for his reelection campaign, a paradox seems to be unfolding with Trump touting his successes in the region as a peace broker.

To discuss this issue with us from London is Patrick Henningsen, founder of the 21st century wire.

As the US Presidential election was approaching, President Donald Trump has been pressing more Arab countries to normalize relations with Israel. With the prospects for further normalization are expected to become more challenging next year, future challenges facing the US in the region as per the Pentagon are to further pressure Iran, attempt to stabilize the situation in Libya and Iraq and attempt to put an end to the alliance between Syria and Russia and Iran.

To discuss this issue with us from Paris is Mostafa Fetouri researcher and political writer and commentator.