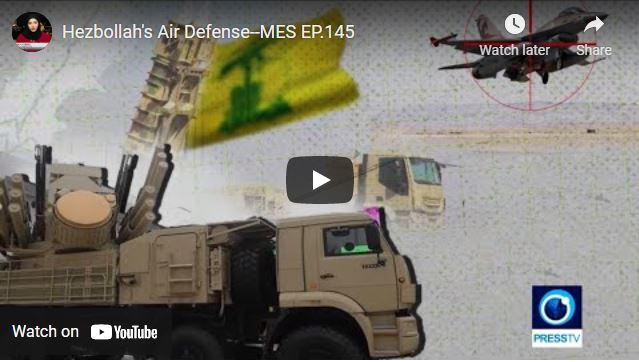 In an unprecedented acknowledgment of doubting the superiority of its own air force in the skies of Lebanon, Israel confirmed that it had received Hezbollah’s messages that posed a threat to the Israeli Air Force and its freedom of movement, putting what it referred to as a “finger in the eye of Israel”, with the resistance in Lebanon deliberately revealing air defense systems in its possession.

The announcement by the Secretary-General of Hezbollah, Sayyed Hassan Nasrallah, about the activation of the air defense systems of the resistance, sparked a debate inside the Israeli entity about the remaining freedom its air force is capable of having to spying over Lebanon or target Syria from Lebanese airspace.

To discuss this issue with us from Beirut is Abbas Zein, journalist and producer at Al Mayadeen TV expert in Axis of Resistance news.

The “Strong Foundation 2” maneuver conducted by the Palestinian resistance factions in the Gaza Strip during the last days of 2021 is not comparable to the previous exercises in the past years, whether in context, timing or objectives.

Therefore, the messages that it inferred, whether to the enemy or to friends, were different as well. The resistance, in light of the continuous stumbling in the issues of reconstruction and prisoners swap, which threatens to escalate again, wanted to make the occupation understand that it is ready for any new round, and that it operates as a one man’s heart in any upcoming standoff. Despite the fact that this development occurred weeks ago, but my trip to Tehran to participate in the 2nd anniversary of Gen Soleimani’s martyrdom followed by covering the 43rd anniversary of the Islamic revolution on the MidEaStream delayed this truly important development on my show, however we never forget what our regional resistance does to protect its natives. So here’s the second edition of Gaza’s “Strong Foundation” in this following report.

To discuss this issue with us Beirut is Ihsan Ataya, representative of the Palestinian Islamic Jihad in Lebanon.