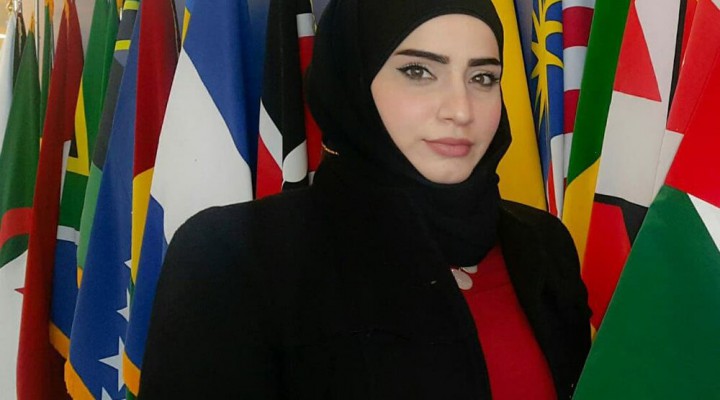 A Lebanese political expert says the June 18 presidential election in Iran showed the existence of democracy in a region where the meaning of democracy is still unknown and people are rarely given the right to express their opinion.

“The participation of the Iranian people in their country’s presidential elections whether inside or outside Iran was evidence of the existence of democracy in a region where the right to express an opinion in most countries close to Iran is rarely given, where most countries in the region that do not even know the meaning of democracy, human rights, or freedom of expression,” Marwa Osman tells the Tehran Times.

“Western and Saudi media even tried to obscure the political changes in the region, calling on the whole world not to recognize these elections,” Osman notes.

Some Western powers have slammed Iran’s election, describing Ebrahim Raisi, the president-elect, as a hardliner who may put relations between Iran and the West at risk.

“Iran represents a unique case of democracy and people’s religious governance, and elections are one of the pillars of this democracy along with all the dimensions that collectively make up the democratic process in any country,” Osman underlines.

Q: How do you assess the Iranian presidential election? What are its implications for the world?

A: Iran represents a unique case of democracy and people’s religious governance, and elections are one of the pillars of this democracy along with all the dimensions that collectively make up the democratic process in any country.

It was obvious though that the results did upset the U.S. and its allies, who mobilized their media and efforts to try to thwart the elections and even reached the point of calling upon Iranian people not to participate in the process.

Western and Saudi media even tried to obscure the political changes in the region, calling on the whole world not to recognize these elections. The participation of the Iranian people in their country’s presidential elections whether inside or outside Iran was evidence of the existence of democracy in a region where the right to express an opinion in most countries close to Iran is rarely given, where most countries in the region that do not even know the meaning of democracy, human rights, or freedom of expression. Here, they were again carrying out a campaign of distortion of the Islamic Republic and direct media campaigns against it trying to taint the presidential elections as not credible and rigged, yet they were only proven wrong.

Q: What changes do you predict in Iran’s policies after Raisi takes power?

A: We can begin to understand that Iran is overlooking a new phase internally, regionally and internationally by simply listening to the first speech that President Ibrahim Raisi gave after he was named president-elect.

Raisi considered that the message sent by the Iranian people in these elections is a message of insistence on the values of the Islamic Revolution, stressing that he will dedicate his service to the people with the aim of solving their problems by relying on Iran’s abundant capabilities and wealth and prioritize providing basic commodities to the Iranian people who have been suffering continuous illegal U.S. and European economic sanctions.

The major issue that will shift internally in Iran is that President Raisi’s government has no choice but to focus on improving the conditions of the people by establishing an effective administrative system through revolutionary forces that fight corruption. It will be a tough road but Raisi knows that he has to rake it in order to salvage the Iranian resistance economy put forth as a dominant strategy by Ayatollah Ali Khamenei at a time when the Western pressure was at its peak.

Now as this pressure is expected to decline as a result of continuous failures that Western regimes faced in West Asia, it would be the perfect timing for President Raisi to leave his mark at the internal political and economic level that would for sure improve the quality of life for ordinary Iranians who have suffered deeply from external pressure and internal corruption.

Q: Why are Western media trying to portray Raisi as a hardliner?

A: A simple answer would be because president Ibrahim Raisi represents everything that the U.S. imperial power has tried to annihilate in West Asia since late Ayatollah Sayyed Ruhollah Khomeini exploded the Islamic revolution in Iran in 1979 giving the Iranian nation its independence and sovereignty in a way that cut all the strings once attached between the Shah’s regime and the American regime.

Americans tend to put labels, names and adjectives to leaders, movements and states who dare challenge their foreign policy, imperial demands and routine interventions which the U.S. blatantly views as their God-given right when dealing with any sovereign state. We even saw that arrogant behavior against historic friends of the U.S. during the Trump administration like the shade he threw against Canada, Germany and France when they were not seeing eye to eye with his unconventional methods of governing.

President Raisi has the blessing of Ayatollah Syed Ali Khamenei as well who considers him a dear friend and a competent leader who will govern as per the principles of the Iranian revolution.

So basically, we might be looking at a government that has the same perspective as that of the first government ever formed after the revolution, and that by itself would prompt the U.S. regime and its puppet Western and regional mainstream media to label President Raisi as a “hardliner” because he is ready to take on the endless pressure that the U.S. utilizes to target any movement, state or leader they find to be resisting their continuous imperial hegemony.

Q:  How can America slam the Iranian election while it is silent towards its Arab allies?

A: Successive U.S. administrations have always operated as per American interests and benefits. They have one goal in mind and that is more power, greater influence and faster routes towards a unipolar, U.S.-dominated world. As far-fetched as this goal gets, the U.S. still believes that by allowing regimes, that were put in place during British imperialism and who tend to strive for U.S. acceptance, to continue ruling over the majority of their population without the latter’s consent, approval, or even choice, it is simply protecting its interests in this region and giving more way for their domination to manifest in these specific countries. Let us first agree that these states that the U.S. dominates and practically rule are not even considered allied states, rather only proxy entities that abide by the dictates of the U.S. empire and implement its plans according to well-drafted policies and procedures that would ensure the submission of said states’ political will, natural resources and diplomatic ties as per American guidelines that obviously only serves American interest.

Q: How do you see the fate of the Vienna talks in light of the recent election in Iran?

A: Just like in 2013 the election of a reformist president was critical to seal the nuclear deal with the United States, now a conservative president seems necessary for concluding a new one and I think the Biden administration knows that very well. Early on, the Biden administration understood that it would be counterproductive to tie nuclear negotiations to Iran’s presidential election. In fact, by ignoring the presidential election as a deadline and settling for a prolonged process that would extend into the summer, the administration made it easier for Leader Sayyed Ali Khamenei to support progress in Vienna which now makes way for better maneuvering for President Raisi. One thing is for sure though, Iran will simply not comply with any JCPOA demands whatsoever before the U.S. fully removes its sanctions and Iran actually feels the effect of the removal. I am not predicting anything; it is simply the speech of Sayyed Ali Khamenei which represents the strategic map for any government that is chosen to lead these talks into success. It’s worth recalling that Imam Khamenei had approved the 2015 nuclear deal and supported Iran’s compliance with it. However, once then-U.S. President Donald Trump withdrew from the deal, Sayyed Khamenei distanced himself from it and favored Iran’s incremental backing away from compliance with its terms until Washington would return to the agreement. Saying that the United States could not be trusted, he flatly rejected the idea of a new deal as do most Iranians, which is why I believe the only route would be a return to the old deal but with full termination of all sanctions against the Iranian nation first.

0 thoughts on “Iran polls showed democracy in a region unfamiliar with freedom: commentator”