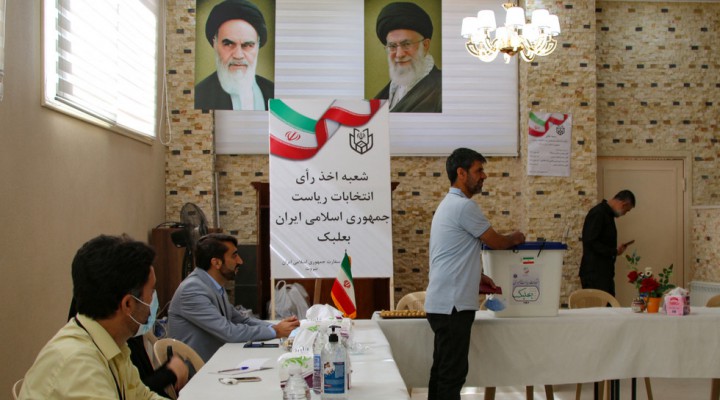 While an overwhelming percentage of voters chose the conservative candidate Ebrahim Raisi, the fact that less than 50% of the eligible voters participated underscores a growing lack of support for “religious democracy” in Iran.

The 2021 Iranian Presidential election may go down in history as the event that broke the back of Iran’s tumultuous 40-year experiment with “religious democracy,” where the legitimacy of autocratic religious rule is validated by the will of the people as expressed through the vehicle of voter participation.

It is not the result of the election that causes concern–the overwhelming victory of Ebrahim Raisi, the conservative former head of the judiciary, came as a surprise to no one, especially after the Guardian Council, Iran’s constitutional body that, among other tasks, vets candidates for elected office, purged the list of potential contenders for Iran’s executive, removing several would-be candidates, including the former Speaker of the Iranian Parliament, Ali Larijani, who could have challenged Raisi at the polls.

The failure of the two-term presidency of Hassan Rouhani, considered to be a moderate reformer, to better the daily lives of Iranians virtually guaranteed that Iran would put a conservative in office. Rather, it was the historically low turnout–with only 28.9 million out of 59 million eligible voters casting their ballots, with 3.7 million of these voiding their ballots, allegedly in protest over the intervention of the Guardian Council. This marks the first time in Iran’s history that voter turnout dropped below the 50% level.

From the perspective of Iranian electoral legitimacy, the issue of voter turnout is not trivial. While western democracies, such as in the United States, could survive with low voter participation (President Biden was elected to office in 2020 with a voter turnout of 66.5%, the highest since 1900), the same is not true in Iran.

To survive as an Islamic Republic, the Iranian system requires the full-fledged support of the Iranian people. Since the time of the Ayatollah Khomeini, voter turnout was used as the best means for the authorities to gauge the level of this support. This is especially true since the aftermath of the controversial 2009 election, whose contested results raised questions of the viability of democratic succession regarding both the republican and theocratic elements that comprise the Iranian system of an Islamic Republic.

The blend of secular and spiritual aspects of society in Iran has led to the notion of “religious democracy.” Born out of the social discontent that had swept Iran at the end of President Khatami’s first term in office in 2001, “religious democracy” was a response on the part of Iran’s Supreme Leader, Ali Khamenei, to those who were beginning to question the viability, and desirability, of the system of Vilayet i-Faqih–the rule of the supreme jurisprudent–as it applied to the Islamic Republic. Khamenei authored a series of treatises on the relationship between democracy and religion. “Religious democracy,” Khamenei declared, “ties the rule of God’s religion to the votes, beliefs, faith, wishes and emotions of the people.”

“Just as we consider ourselves as servants of God alone, so we ask Allah the Exalted to help us tread the path of righteous people: ‘You (alone) we worship. You (alone) we ask for help. Show us the right path, the path of those on whom You bestowed grace,’” Khamenei wrote, quoting from the Koran. “Following the path of righteous people and God’s prominent servants is the same as pledging allegiance to faith, religion and spirituality. It is not the same as surrendering to a particular person. It is not the same as surrendering to the whim of a particular individual. In Islam, it is religion that is in power, the kind of religion that pays attention to prosperity of all human beings. And this is something that human beings are responsible for.”

“Religious democracy” requires that the Iranian political system be managed through a combination of divine guidance and the will of the people. Given that the “will of the people” is best ascertained in their active participation in the electoral processes associated with governance, the low voter turnout in this year’s election does not bode well for the political health of a system which emphasizes the importance of divine guidance as expressed through the person of the Supreme Leader, Ali Khamenei.

Defenders of Vilayet i-Faqih have emphasized the role played by the ongoing Covid-19 pandemic and years of “maximum pressure” economic sanctions on suppressing voter turnout. These factors cannot be discounted and may very well have led to a one-of-a-kind reduction in voter turnout that will not be replicated in future elections. Similarly low voter turnout in the 2020 Iranian Parliamentary election, where only 42.5% of eligible voters participated, can likewise be argued away because of the combination of pandemic and sanctions.

The Presidency of Ebrahim Raisi will be a defining one for the future of the Iranian Islamic Republic. Raisi’s credentials as a conservative politician loyal to the concept of Islamic Republic and Vilayet i-Faqih are strong, and there is no doubt that the policies of his government will be strongly aligned with the guidance offered by the Supreme Leader and supported by a conservative Parliament.

However, for any government to succeed, the needs of the people must be adequately addressed. With inflation reportedly reaching 50% in April and the economy not having grown since 2017, the Iranian people’s faith in Iran’s unique blend of secular and religious governance is waning. With the longevity of Ali Khamenei in doubt (the Supreme Leader has long been rumored to be suffering from cancer), Raisi may find himself as Iran’s executive when the nation will be compelled to address the future of Vilayet i-Faqih itself as Iran appoints a successor. One thing is for certain – if support for “religious democracy” remains at less than 50%, Iran’s future as an Islamic Republic may not be as bright as its supporters believe.