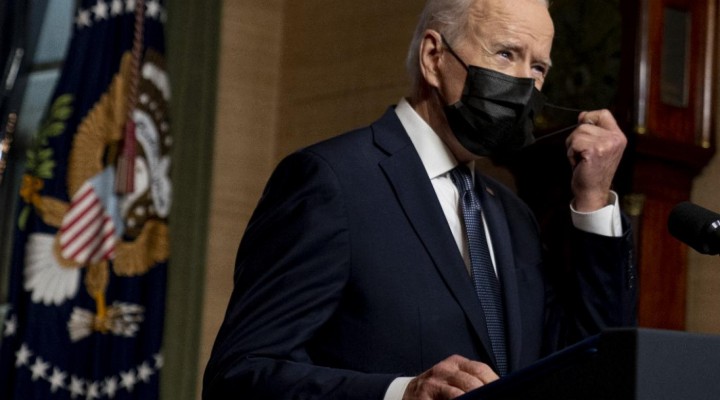 As Beijing charges ahead with its massive Belt and Road Initiative, the US is moving to recalibrate its position in the Eurasian theatre

Interesting developments are at play in Eurasia, some of which may even presage an epochal change in certain geopolitical assumptions and structures that have remained unchanged for more than a century.

Beijing and Tehran recently announced a 25-year cooperation agreement worth an estimated $400bn that, if implemented, could mean much more than a breath of oxygen into Iran’s ailing economy. The deal lends itself to many interpretations, far beyond its strict bilateral context.

China, after its combative start with the Biden administration during recent talks in Anchorage, Alaska, seems to be relaunching its great infrastructure project, the Belt and Road Initiative (BRI). Beijing aims to create a large Eurasian economic and trade bloc supported by a massive infrastructure plan worth an estimated $1 trillion – the largest since the US Marshall Plan in 1948, whose figures pale in terms of purchasing power parity.

The BRI would recreate the ancient Silk Road and affect sea trade, reducing China’s trade exposure to bottlenecks such as Malacca, Bab al-Mandab, Suez and Hormuz. Iran could become an important southern segment, with extensions to Iraq, Syria and Turkey, up towards the Mediterranean and southern Europe.

The Iran-China deal is another piece of a mosaic that includes the recently signed Asian Regional Comprehensive Economic Partnership free trade deal, and the EU-China Comprehensive Agreement on Investment, and it could be a prelude to Iran formally joining the Shangai Cooperation Organization, one of the most important forums for Eurasian integration, together with the Asian Infrastructure and Investment Bank.

But while this Eurasian integration project should proceed along the political and economic lines envisaged by rising China-Russia cooperation, it could progressively accomplish the strategic nightmare that major Anglo-American geopolitics scholars have warned of for decades: a Eurasian bloc outside of American influence.

Meanwhile, negotiations to save the Iran nuclear deal have resumed, with the EU mediating between Washington and Tehran, as Iranian officials still refuse to meet openly with their American counterparts as long as Trump-era sanctions remain in place.

While rumours about the early stages of such talks reflected a surprising optimism, an Israeli torpedo timely arrived with the latest round of sabotage against the Iranian nuclear plant in Natanz. The move is a setback to Tehran’s uranium enrichment roadmap, just as it announced a further enrichment of its uranium to 60 percent purity, closer to the 90 percent benchmark for a nuclear bomb.

Rumours in Tel Aviv and Washington suggest complacency over what might appear to be a significant weakening of Iran’s negotiating leverage. This will only be ascertainable during the next stages of negotiations. Meanwhile, Israel has been engaged in a clandestine naval war against Iran to hinder its supplies to Syria – and Tehran has now begun reacting.

Unfortunately, the EU, which has succeeded in reclaiming the important mediating role between Washington and Tehran, rolled out an untimely plan to impose sanctions against certain officials allegedly responsible for the violent repression of demonstrations in Iran in 2019.

Assuming that Brussels did not set out to undermine its credibility as mediator, especially in the wake of yet another Israeli attempt to torpedo the nuclear deal’s relaunch, it is plausible that the European move resulted from a decision taken some time ago and of which Iranian authorities were informed in advance, as an authoritative EU source confirmed to me.

Of course, had the EU waited a few more weeks, nothing would have changed. Iran has reacted negatively, while Russian Foreign Minister Sergey Lavrov did not miss the opportunity to mock the apparent European clumsiness.

In recent days, the US administration has been accelerating, and perhaps even making a qualitative leap in, its foreign policy conduct in the Eurasian theatre. President Joe Biden has announced the full withdrawal of US forces from Afghanistan, due to be completed on 11 September, and has proposed to Russian President Vladimir Putin a summit to deal with various hot dossiers, starting with the sensitive Ukraine file, which has ratcheted up tensions in recent weeks.

The dual US initiatives lend themselves to a composite reading, alongside the Iran negotiations that the White House seems intent on pursuing, despite Israel’s disruptive actions.

On the one hand, the attempt to de-escalate with Moscow might indicate that Washington has finally come to terms with the reality that it cannot assertively engage Russia, China and Iran at the same time. The fact that Biden proposed a summit first to Putin, rather than to Chinese President Xi Jinping, speaks volumes as to which is the greatest perceived threat in Washington right now.

The full disengagement from Afghanistan could mark the real beginning of the end of the endless wars in western Asia. It will be interesting to see whether a similar path is followed with regards to Iraq. But it could also imply, above all, Washington’s acknowledgement that the BRI is an incontrovertible reality, and staying in Afghanistan as a potential disturbing factor is no longer necessary, let alone sustainable.

Disengaging from Afghanistan could be a further conciliatory signal to Tehran, but it could also backfire: how pleased would Tehran be if the US exit from Kabul brought the Taliban back to full power?

Joe Biden’s declaration that “America is back” notwithstanding, a US strategic retreat to reduce its unsustainable overstretch in areas where its great game has been probably lost, could better help the new administration to deal with its most compelling strategic and security threat: restoring order at home.

So, is a new grand strategy really brewing in Washington? If so, it might entail closing ranks with European allies and trying to neutralise the BRI in its extreme western European offshoot, instead of the more arduous path in Central Asia. This might also extend to East Asia and the Indo-Pacific region, boosting the so-called Quad (the US, Japan, India and Australia).

Washington could then finally stop disrupting the so-called “Heartland“, leaving it (with all the enduring problems in its weak Middle Eastern underbelly) to Eurasian continental powers, while maintaining US control over the so-called “Rimland” and major sea trade routes. Such a recalibration would be based on the assumption that power in the future will be held not only by those who control the Eurasian landmass, but above all, by those who own big data and financial technology, in step with the Fourth Industrial Revolution and its Green New Deal corollary.

In this context, a global clash with China is just the beginning. To succeed, the US would need to rationalise its resources, cut off dry and unproductive branches, and emerge from expensive and hopeless quicksand – to build back differently, instead of “building back better”.

0 thoughts on “Iran-China deal: Is a new grand strategy brewing in Washington?”