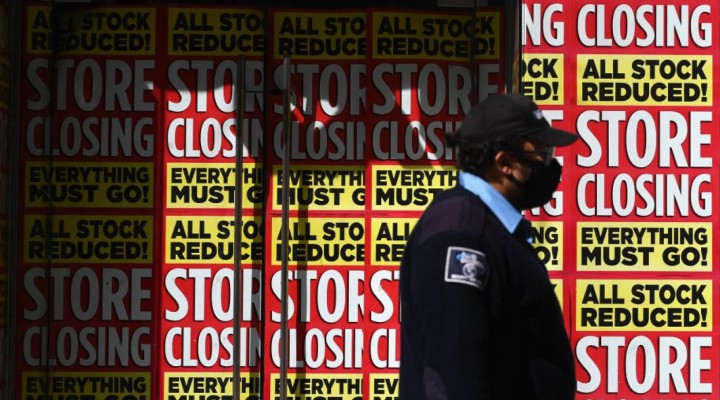 Barely a year later, with the events of 11 September 2001, everything had changed. And over the past two decades, the succession of three major crises – the 9/11 terrorist attacks, the 2008 financial crisis and now the 2020 coronavirus pandemic – has been progressively altering the world order established in 1945.

The first radically changed our perception of security, the second our confidence in making money easily, and the third could change how we live, work and relate to each other.

9/11 put America on a still-ongoing war footing. The international community had to reconcile itself with the US reaction. International law was interpreted and applied differently to punish the perpetrators, whose identities constantly shifted. The Afghan and Iraqi peoples paid the heaviest price.

There was never a solid will to hit the real intellectual instigators of this crime, beyond a man hidden in a compound in the Pakistani city of Abbottabad. As of today, no trial for the 9/11 plotters has taken place.

International relations were adjusted to one simple principle: “Either you are with America or you are against it.” No middle ground, wise advice or friendly suggestions were accepted.

Transatlantic relations were strained. After the interlude of Barack Obama’s presidency, where the form changed but not the core substance, the ultimate evolution of the US attitude boiled down to: “We’re America, Bitch.” This was elaborated inside President Donald Trump’s White House by people apparently convinced that “permanent destabilisation creates American advantage”.

Inside Washington’s Beltway, the enduring obsession with foreign threats never stopped. The US political and media establishment still blindly believes that all threats to their country are located beyond US borders, when the sad reality is that the main ones are within; the country is already broken to a certain extent.

In 2008, the dysfunctional US financial system collapsed, with a subsequent global shockwave and economic recession. US capitalism suddenly forgot the free market, laissez-faire and neoliberal principles about which it had lectured the world for decades, and bailed out its economy with trillions of dollars in federal funds.

Europe’s crash was less flexible and unscrupulous, or probably duller; the Maoist principle “punish one to educate 100” that the US had applied to a single bank, Lehman Brothers, the European Union applied to an entire nation, Greece.

EU leaders achieved only Brexit, and the same populist backlash that put Trump in power in 2016. Again, the real culprits were not punished. Bankers were only lightly slapped on their wrists. No major reforms were adopted to change Wall Street or, at least, to protect Main Street.

The EU’s austerity programme devastated millions of people, while the US economy, based on unrestrained consumption of Chinese-made cheap items paid for with climbing debt and rising stocks, continued unchecked. Nobody was willing to end the party.

A trillion-dollar corporate tax cut approved by Trump in 2017 was mainly used to further pump up stock market values and make shareholders and managers richer and happier, with no investments in research and infrastructure or actions to reduce the huge levels of household and corporate debt. Critical investments in infrastructure and safety nets for ordinary workers were cast aside.

Think about this: since the 1980s, labour productivity in the US has increased by 70 percent, but compensation by only 12 percent. Who pocketed the difference? How was it used?

The toll of Covid-19

This year, coronavirus arrived, presenting a monstrous bill. Exceptionalism and Western hubris initially played down the pandemic, and precious months to prepare for its impact were wasted.

Decades of neoliberal recipes advocating spending cuts and the privatisation of almost everything have now shown their catastrophic impact, most visibly in the collapsing hospitals in the US and Europe.

The economic recession was coming anyway, but with the acceleration of the coronavirus lockdowns, we are envisaging another Great Depression. Despite trillions of dollars in stimulus spending, more than 30 million American workers have filed jobless claims.

In the aftermath of the 2001 and 2008 crises, Western political elites did not do their homework; they seem to be repeating the same mistakes in 2020. Confirming Western culture’s centuries-old, pathological need for an enemy, the US establishment is now replacing Islam with China.

Other major Western nations seem to be following with a Pavlovian reflex. They all seem oblivious to the fact that after the 2008 crisis, the global economy’s recovery was sustained by China. Washington, after having squandered the political capital gained through its well-deserved Cold War victory, also seems oblivious of what happened over the last 40 years.

Former President Jimmy Carter recently shed some light. The US has spent huge resources on endless wars and unproductive finance; China, whose last war was fought in 1979, has massively invested in technology and research. Yet, blaming others is an irresistible tool for immature and underperforming politicians.

US-China tensions are rising. Another Arab Spring may be brooding in the ashes of the coronavirus pandemic – this time for bread, not political rights. New waves of refugees could move again towards Europe – which, although plausibly devastated by the incoming recession, may still appear as a better option for millions of poor migrants. In such a global mess, US Secretary of State Mike Pompeo has nothing better to do than stir tensions with an exhausted Iran.

It is crucial that the US sets a good example in tackling this crisis. None was delivered in 2001 or 2008; today, we are thus far faring no better.

German philosopher Georg Wilhelm Friedrich Hegel once said: “What experience and history teach is this – that people and governments never have learned anything from history, or acted on principles deduced from it.”

After the Great Depression, mankind went sleepwalking into a world war. Let’s hope the lesson will be better learned this time.

Lying and Dying, the Deception Game Around the Pandemic