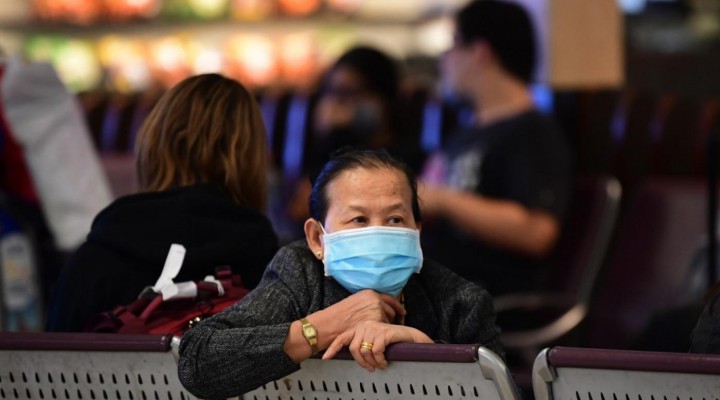 The best chance to overcome a coronavirus-driven economic disaster requires US-China cooperation, but the world’s two leading nations are locked in a zero-sum game

The coronavirus pandemic is further hampering the already strained relationship between the US and China, with the pair trading barbs over its origin and spread.

In January, US Senator Tom Cotton, a long-time China hawk, opened the salvo, hinting that the virus might have been released by a laboratory in Wuhan – an accusation subsequently recirculated by the US government. In China, a foreign ministry spokesperson raised the possibility that the virus might have been brought into the country by the US military.

US President Donald Trump has been alternating between praise for China and finger-pointing, calling coronavirus the “Chinese virus” – a label Secretary of State Mike Pompeo tried unsuccessfully to sell to the G7.

Beijing has reacted with an assertive global public relations campaign aimed at improving its standing, delivering medical supplies to many countries affected by the pandemic. This activism has fuelled fears that Beijing may use the pandemic to upend the global order.

Some right-wing US news outlets have even raised the possibility that China may be asked to pay for the damages caused by the pandemic, while UK Foreign Secretary Dominic Raab has warned that relations with China could not go back to business as usual without explanations over how Beijing handled the outbreak.

This is a dangerous path that should not be pursued. Try to imagine the reactions if, after the 2008 financial crisis, the US was asked to explain and compensate for the global damage its reckless financial system had caused? Or if China asked the same for the decades of Western interventions on its soil?

This month, Trump was criticised for opting to cut funding to the World Health Organization. He again blamed China, and the UN agency, for failing to promptly alert the world about the pandemic. On the same day, the Associated Press (AP) published a report, recirculated by major Western news outlets, with the headline: “China didn’t warn public of likely pandemic for 6 key days.”

There is no question that a comprehensive investigation into the origins and spread of the virus should be conducted, and no quarter given to Chinese authorities, but the AP report borders on insulting our intelligence.

Blaming China for a six-day delay is ludicrous, when major Western governments, having known of the pandemic threat since January, delayed for at least six weeks any measures to prevent contagion, with devastating human and economic consequences.

On 14 April, Hu Xijin, the editor of Global Times, which reflects Chinese Communist Party views, published a tough editorial titled: “China-US relations will no longer be the same.” The article defiantly rejected US accusations that it was China that ruined the bilateral relationship. “The US does not accept the possibility of China becoming a parallel and equal force,” the editorial notes.

The only China that the US establishment would be ready to tolerate, it continues, is one that would “stop its high-tech progress” and “focus only on low-end industries, unable to compete with the US and the West in high-end manufacturing”.

Ultimately, Beijing’s rooted belief is that “what the US really wants to do is to weaken China so that it completely loses its strategic competitiveness against the US”.

On the other side, according to the authoritative analysis by Chas Freeman, the dean of US-China scholars, the US position is as follows: “China aspires to dominate its neighbours and to exclude the United States from the emerging Sino-centric order in its region … [and this] dominance … would give Beijing human and material resources to threaten not just US hegemony but the United States itself. The countries of the region are incapable of balancing and constraining Chinese power and influence, so the United States must do this for them.”

Such views have a wide bipartisan consensus. Freeman adds: “In today’s Washington, these fearful assumptions are no longer open to empirical examination. They are treated as axiomatic.”

In the words of another eminent scholar, Kishore Mahbubani, “The [US] president has divided America on all his policies, except one: his trade and technological war against China.” Even George Soros has been appreciative of this policy. Thus, do not expect fundamental changes with a Biden presidency; it is reasonable to expect that the two countries may move towards an economic decoupling, if not something worse.

Yet, there are significant differences in the attitudes of the US and China towards each other, and the rest of the world, that should not be overlooked.

Chinese leaders see their relationship with the US as an economic and technological competition and, although Beijing is less powerful militarily, it does not portray the US as an existential threat. On the other hand, the US establishment seems unable to accept any threat to its global hegemony. Whoever comes close to matching its capabilities is considered, by default, an enemy.

Yet, the two countries’ aspirations seem different. The US still believes itself to be the best-performing society in the world, one that everybody should emulate, embracing the American dream.

China simply aims to rejuvenate its civilisation and the prestige it enjoyed before the humiliation experienced between the 1839 Opium War and its 1949 Communist revolution.

While the best chance to overcome a coronavirus-driven economic disaster depends a lot on US-China cooperation, the world’s two most important nations are increasingly locked in a zero-sum game.

While US grievances against China are somewhat understandable, Beijing’s impressive rise was essentially a US self-inflicted wound. In the last three decades, Beijing has invested in research, development and infrastructure, while Washington has conducted endless, costly wars and engaged in speculative finance.

China contributed to sustaining the global economy after the 2008 crisis. While it is now uncertain as to whether it could or would do this again, is it really smart and necessary to open another row with Beijing now?