HOME / Politics / US a Washed-up Empire 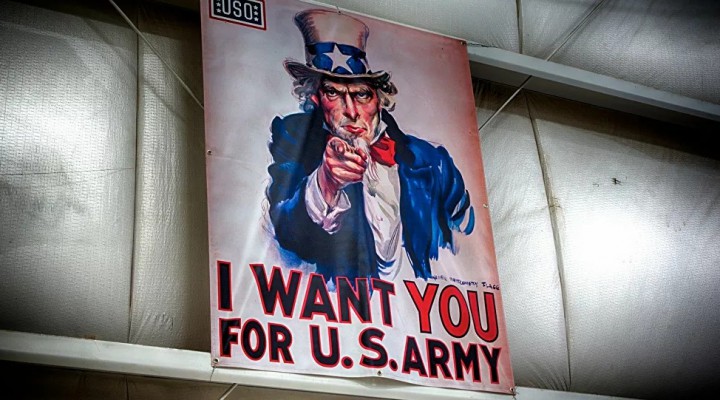 The harder they come, the harder they fall, as reggae singer Jimmy Cliff once put it. No nation has come harder than the United States with its history of relentless wars and mass destruction, nauseatingly dressed up with virtuous rhetoric about supposedly leading the free world.

here was a time when the slick American propaganda held the world in thrall as if it were true. Many nations once gullibly looked to the US for leadership. Not any more.

The COVID-19 pandemic has exposed presumed US global power as a hollowed-out caricature. America’s response to the disease is abysmal. It is the world’s leader in the numbers of deaths and infections, unable to cope because of the woeful lack of an organized, functioning public health system. How damning is that?

Another factor in why the US has been hit so badly by the pandemic is due to the parlous conditions for tens of millions of its workers who live on the brink of poverty with little social safety net. That speaks to the real undemocratic nature of American society as opposed to all the arrogant delusions of “exceptionalism”.

This appalling disaster is against a backdrop of Washington spending trillions of dollars on nuclear weapons and maintaining hundreds of thousands of troops in military bases all around the world backed up by legions of warships and warplanes.

“The global coronavirus crisis… [has] quickly brought the richest and most powerful nation in the history of the world to its knees,” according to the US magazine, Politico.

US presidential historian Douglas Brinkley is quoted by Politico as saying: “The United States was once known for its can-do culture. We built the Panama Canal and we put a man on the moon. And now we can’t get a swab or a face mask or a gown and we have no real chain of command.”

Brinkley added: “We are not leading in the pandemic response, we are trailing other countries by a long shot. This is a crippling blow to America’s prestige around the world.”

China, South Korea, Germany, Russia and other nations, even US-sanctioned Iran and Cuba, have been much more effective in managing the COVID-19 crisis than the US. Why? Well, simply because they are not broke like the US is from its monstrous militarism and imperial overstretch. (Merely printing money is no solution.)

The calamity of the disease unfolding in the US is proof that its presumed global empire is all washed-up. Fitting the end of era mood, the country is being “led” by a president who thinks that injecting household bleach into the human body could be a cure for the virus. Trump increasingly sounds like mad Roman emperors Nero or Caligula.

American economist Joseph Stiglitz says the real state of US society is akin to a “third world country”.

In an interview with Britain’s Guardian newspaper, he commented: “The numbers turning to food banks are just enormous and beyond the capacity of them to supply. It is like a third world country… In the advanced world, the US is one of the countries with the poorest health overall and the greatest health inequality.”

The upshot is that the United States is doomed to fail. Its moral corruption – festering over many decades – has finally reached a fatal level whereby profligacy for militarism and corporate bailouts has far outstripped what the rulers are willing to provide for meeting the basic health needs of the vast majority of working people.

This is isn’t just about President Trump. It encompasses the whole two-party charade that is a rubber-stamp for big business and militarism. Democrat contender Joe Biden will offer nothing better than the Republican buffoon. Because US capitalism is rotten to the core from its corporate cronyism and warmongering habits to feed the system.

Like past empires that imploded, the US ruling elite doesn’t see what’s coming because they and their media class are mired in their own echo chamber of vanity-propaganda and petty squabbling.

But the virus pandemic serves as a moment of empirical evidence showing that the US is a colossus with feet of clay.

The country is heading for an economic collapse on par with the Great Depression, according to Stiglitz. With an unemployment rate touching 30 per cent – over 26 million out of work – and federal handouts that are peanuts in the scale of things, the “American nightmare” is only just beginning.

The endemic, systematic corruption of US capitalist power means that it can’t save itself. There will be no reality-check for the rulers because they have long ago lost all sense of reality.

The reality-check may, however, come from the millions of citizens who realise that their nation has been turned into nothing more than a decadent empire.

0 thoughts on “US a Washed-up Empire”