The Summit of the Americas showed the failure of the US 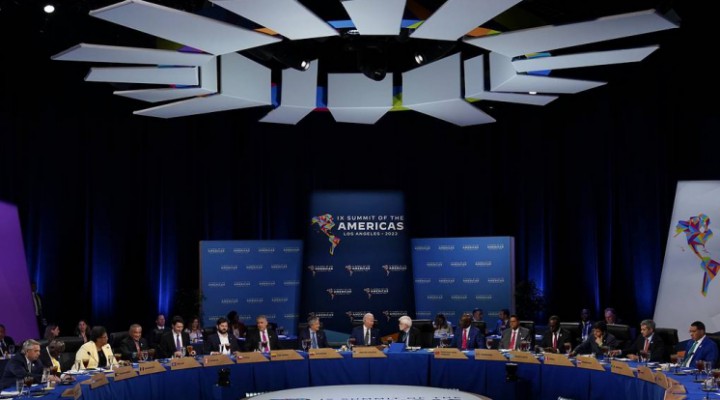 More and more Latin American states are getting out of Washington’s control: Joe Biden could not offer a clear program of joint action.

The summit of the Organisation of American States held the day prior, which, according to the Biden administration, was supposed to consolidate the countries of the region in accordance with the policy of the White House, failed. The formal participation of the leaders of a number of countries and politicians turned into pretentious gatherings, nothing more.

The very idea of creating the Organisation of American States dates back to the end of the 19th century, when the International Union of American Republics was established in April 1890. Then in 1910 it became the Pan-American Union. And in 1948, a Charter on the creation of a regional organisation was signed in Colombia. [i] A year later, the Rio Agreement was signed, according to which a defence alliance in the region actually emerged. [ii]

We see that the reorganisation occurred at the beginning of the Cold War, when the United States actively tried to redraw the world map in accordance with its own interests. For them, Latin America was seen as a backyard that needed to be pacified in accordance with Washington’s plans and aspirations, and in the future use the countries of the region as satellites.

The OAS itself consists of three main decision-making bodies – the Permanent Council, the General Secretariat and the General Assembly. The budget consists of contributions from states, and in 2022 it totals $81 million. The organisation includes 35 states, but since 1962 Cuba has not participated in the work of the OAS, and in 2009 it was excluded from it. The OAS has observers (70 countries) and until recently Russia was among them.

The last OAS summit was held in Peru in 2018, and this was the first time when the US president was absent – Donald Trump refused to go to the event.

On the eve of the summit, the Council on Foreign Relations pointed to five main agenda items:

1. “COVID-19. Nearly 1.7 million people across the region have died from the disease, which has crippled health systems and caused social unrest. But in some countries, like Haiti, immunisation campaigns have stalled.

2. Climate change. According to a recent report by UN experts, Latin American countries are among the most vulnerable to climate change. The region is experiencing higher temperatures, widespread drought, record loss of forests, as well as more intense and frequent floods, tropical storms and cyclones, which have exacerbated agricultural problems and food insecurity.

3. Economic recovery. Although Latin America experienced moderate economic growth in 2021, it is facing rising inflation, high unemployment, income inequality, currency depreciation and rising debt. Other problems are related to the growing relations of the region with China and Russia, which are the main trading partners.

4. Migration and security. Economic instability, political upheaval, climate change and banditry are leading to a record number of migrants leaving their home countries. More than six million refugees have fled the humanitarian crisis in Venezuela, while tens of thousands more from Cuba, Haiti and even some African countries have crossed the treacherous Darién Gap to reach the southern border of the United States.

5. Political polarisation. Ideological differences and concerns about widespread disinformation have intensified in recent years. Despite the efforts of the United States and the OAS to promote democracy, authoritarian regimes continue to consolidate power. In countries like Chile and Peru, voters supported outsider candidates.” [iii]

So, we see a typical agenda for globalist democrats, which includes the usual set of human rights and equality, ecology, stories about democracy and economic well-being in the indefinite future. But there are also references to Russia and China, as well as “authoritarian regimes”, disinformation and other ideology.

A clear hint that there should be only one ideology – liberal-democratic on the model of the US.

That’s why Politico noted that Biden was very concerned about the success of populists in the region. This was also due to the reluctance to invite Cuba, Nicaragua and Venezuela to the summit.[iv] After all, if representatives of a different ideology and political course are more effective, then why listen to the United States?

Such harsh imperatives on the part of Washington led to an undesirable effect for them, when the heads of other countries in an ultimatum demanded the mandatory invitation of representatives of these three countries. As a result, after loud and reasonable criticism, the leaders of Mexico, Honduras, Bolivia and Guatemala refused to go to the summit.

And the heads of Argentina and Belize already at the summit have made tough statements to the United States. By the way, in the good old traditions of anti-globalism, a counter-summit was held in Los Angeles among those who support Cuba and Venezuela, as well as oppose the aggressive foreign policy of the United States. Biden’s motorcade was greeted with Cuban flags, and during his speech, a group of people in the hall began shouting political slogans.

According to experts from the United States, the summit was an opportunity for the Biden administration to promote its regional vision.

Because of this, Biden tried to slow down migration to the United States, announced the Build Back Better World initiative to stimulate infrastructure development; and also slightly eased sanctions against Cuba and Venezuela. But it didn’t help much.

However, the same experts of the Council on Foreign Relations stated after the summit that even before the start of the event, there were many contradictions in it that could not be resolved. [v] Now the White House is feverishly trying and has already proposed to hold a Summit of the Cities of the Americas in 2023 in Denver (Colorado) in order to somehow stimulate interest of Latin American countries in cooperation.

Biden also proposed launching the Americas Partnership for Economic Prosperity initiative, but judging by the lack of a special reaction, it is unlikely that it will be implemented somehow. At their own expense, Latin American states can work out some mechanisms themselves, fortunately, there are a number of regional associations for this. And the US is clearly not ready to just spend money to buy political loyalty. In addition, the days of the 90s are over, when Washington put its puppets and fed them with grants and subsidies.

As a result of the summit, the signing of only one declaration on the results of migration, where the parties agreed to somehow resolve this issue. At the same time, during the event, it became known that a huge column of refugees from Central America crossed the border with Mexico. No one has hindered them and is unlikely to prevent them from entering the territory of the United States.

It is obvious that even at the image level, Washington can no longer offer anything to the region. The State Department is no longer able to make an attractive picture in order, on the one hand, to feed its own demographics with electoral cadres, contributing to the brain drain from Latin American countries, and on the other to fence itself off with an iron wall, as Donald Trump tried to do.

The United States, especially their southern states, are already sufficiently Latino-americanised to create their own diaspora networks and parallel economy. In general, in the countries of South and Central America, as well as Mexico, there is growing frustration with US policy as such, not to mention the fact that Washington does not have a clear agenda.

As for populism, in this regard, the second round of the presidential election in Colombia, which will be held on June 19, will be a kind of litmus test.

If the leftist candidate Gustavo Petro wins, it means the collapse of the pro-Washington course in this country, improved relations with Colombia and an example to follow in other countries where right-wing political forces focused on the United States still hold power.

By the way, the uribista Rodolfo Hernandez, who is just a few steps behind him, said that he could even withdraw his candidacy from the elections. It is likely that the authorities may play the instability card before the decisive voting days in order to disrupt Pedro’s victory. And in the autumn there will be elections in Brazil, where former President Lula da Silva has a good chance.

In conclusion, it should be noted that the OAS is not the only structure in the region that serves as an umbrella organisation. The most promising association is CELAC (Community of Latin American and Caribbean States), which is interested in regional integration and cooperation.

In addition, CELAC interacts with Russia and China, which indicates a broader agenda of the organisation. Brazil withdrew from CELAC in 2020, arguing that the association is controlled by Cuba, Nicaragua and Venezuela, which is not true. It is more likely that this was done at the suggestion of the United States in order to break up this structure.

Cuba, Venezuela and Nicaragua (as well as Bolivia) have their own ALBA alliance, established in 2004 by the leaders of Venezuela and Cuba, Hugo Chavez and Fidel Castro.

There is also UNASUR (Union of South American Nations), created in 2008. But in 2018, because of Venezuela, many members of the union left it. As an alternative, PROSUR (Forum for the Progress and Integration of South America) was created in 2019, which included Argentina, Brazil, Chile, Ecuador, Peru, Colombia, Paraguay and Guyana.

One way or another, it is in the interests of Latin American countries to promote their own vision more actively within their associations than to spend resources and efforts for US projects within the framework of the OAS.

Sham Summit Of Americas Outshined By People’s Summit For Democracy

Cubans Will Not Forget U.S. Treachery

Birds of a Fascist Feather: Why Israel Is Aiding Colombia’s Crackdown on Protesters