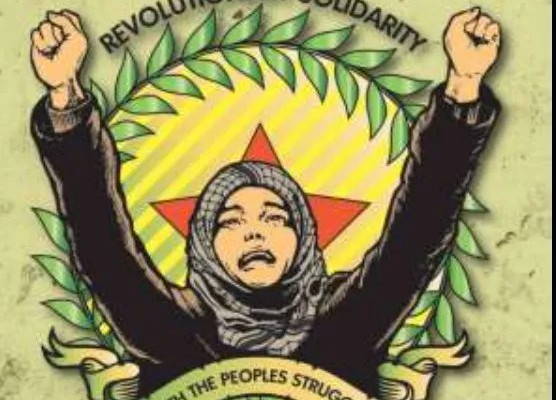 The US has gone through some reverses in both Syria and Iraq and has lied about deaths from attacks like the suicide drones used at their terrorist training base at al Tanf near the Jordanian border.

The US betrayed the Kurds in 1991 when Bush 41 allowed Saddam to gas them, killing 30,000 in retaliation for their aid to the US during the gulf war. That betrayal continued.

Now gangsters have taken over the Kurdish Regional Government in Erbil, invited Israel to build bases there, is cooperating with Turkey and played a major part in smuggling oil for ISIS since 2014.

Russia has brought up air defenses and plans to down Turkey’s Bakraytar drones as it did with ease in Ukraine. This will leave Turkey forced to use planes over Syria where air defenses and Russian pilots can get at them or reconsider plans.

Now Russia has brought up attack helicopters that are capable of turning Turkish armor into mincemeat.

Southfront: The Russian military has deployed a number of attack helicopters at Abu Adh Dhuhur Air Base which is located right on the administrative border between Idlib and Aleppo in northern Syria.

On June 10, Russian sources shared photos showing the helicopters, which were identified as Ka-52s and Mi-24/35s, at the air base. Some of the helicopters were covered with camouflage netting.

In January 2018, the Syrian Arab Army (SAA) liberated Abu Adh Dhuhur and its surroundings after a fierce battle with al-Qaeda and Turkish-backed militants.

Abu Adh Dhuhur is located just 25 kilometers from the main frontline around the Greater Idlib region, where al-Qaeda-affiliated Hay’at Tahrir al-Sham (HTS) and the Turkish-backed National Front for Liberation (NFL) are in control.

According to recent reports, HTS and the NFL are preparing to launch a large-scale attack on the SAA and its allies in the western Aleppo countryside with indirect support from Turkey. The attack will be meant to distract the army from any Turkish operation against Kurdish forces in the northern countryside of Aleppo.

The Russian military may have deployed the attack helicopters in Abu Adh Dhuhur to provide the SAA with close air support in case of any attack by HTS and the NFL. A quick, powerful first response will be needed to stop any such surprise attack.

Russia has been taking concrete steps to deter Turkey and its proxies, who appear to be planning to escalate on more than one front at the same time.

Exclusive: Russian Buildup in Idlib as US ‘Moves Aside’ in Deal with Turkey to Betray the Kurds…again