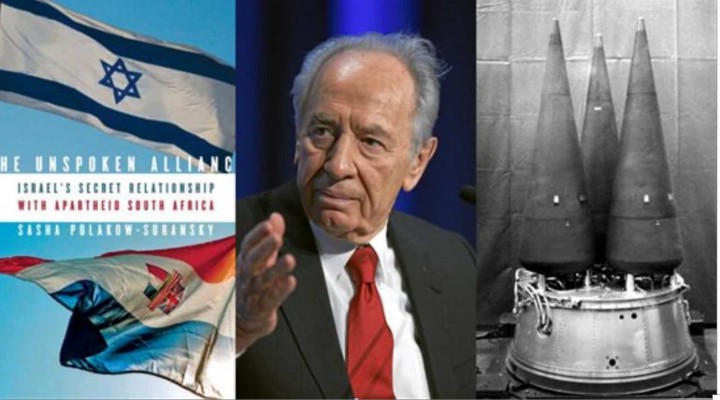 (2012) His name is David Albright.  He is the big news today on Reuters, claiming he found an “explosive” facility hiding in Iran.

He had found them all over Iraq years ago, sites that proved illusory, never to have been discovered in a decade.  What is the truth?

What you won’t read is that the nuclear expert being quoted by Reuters, David Albright is a lawyer, not an engineer, not a physicist, but mostly a fund raiser. How does he raise funds? Read more and just give a guess.

Albright and his foundation, Institute for Science and International Security is more name than real.  They could all fit in a taxi and have room for luggage.

In fact, there is little evidence of them being more than a collection of bank accounts and word processors.  Welcome to the new ethic of pseudo-science for profit.  If you want 2 and 2 to equal 6, this is the group for you.

Years ago, when questioned about Iraq in the Guardian, Albright was more circumspect.  He seems past that now. 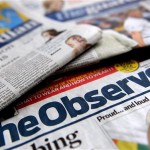 David Albright, a physicist and former UN weapons inspector who was consulted on the purpose of the aluminium tubes, said it was far from clear that the tubes were intended for a uranium centrifuge.

Mr. Albright, who heads the Institute for Science and International Security, a Washington think tank, said: “There’s a cat fight going on about this right now. On one side you have most of the experts on gas centrifuges. On the other you have one guy sitting in the CIA.”

Mr. Albright said skeptics at the energy department’s Lawrence Livermore national laboratory in California had been ordered to keep their doubts to themselves. He quoted a colleague at the laboratory as saying: “The administration can say what it wants and we are expected to remain silent.”

You will find this video fascinating when Albright is questioned by a Washington reporter.  This is one of the most fascinating interviews I have ever seen.  Make your own judgements about Albright.  Take special notice that he dances around the Israel nuclear weapons program.

What happened to this guy, almost a “mensch?”  Is it Albright or Reuters imagining what wasn’t said into what wasn’t meant.  Then again, Albright, a former UN Weapons inspector has never had the remotest suspicion that Israel ever had a nuclear program.

This is their board:

See any top generals, senators, former presidents?  This is the latest attempt to start a new war.  I first checked on Corey Hinderstein, who claimed back in 2009 that Iran already had a bomb.

What we have found is a group of Israeli citizens tasked with chasing down rogue nuclear weapons everywhere but Israel, whether they exist or not.

As for news stories, this one featured in the Harmon publication, Daily Beast, owned by Newsweek, is reaching the bottom of the barrel.

Last week we published an article with a condensed interview on the Iran nuke hoax from a much more qualified Clinton Bastin formerly of the AEC, a nuclear weapons specialist, something this group is utterly devoid of.

It indicated clearly that the entire nuclear threat of Iran was utterly invented by rank amateurs, particularly from the IAEA, an organization that tours the Middle East looking for nuclear weapons but never stops at the huge bomb factory at Dimona in Israel where several hundred nuclear weapons were illegally built.

This is how the story was peddled.  The “new development” seems to be not new at all nor is it a development.  When a group that is responsible in part for the largest intelligence “error” in history, one thought of by millions as in itself a war crime, tries the same thing again, is it a discovery or recidivism.

If swearing to see what wasn’t there killed two million people once, is trying the same thing more credible now with a 3rd rate thumbnail photo from AP as window dressing?

The coincidences are simple.  The group is small, Israeli, obviously tasked with finding a rationale for war and utterly lacking in credibility.

The day of ignoring Israeli nuclear weapons because of media pressure and simple dishonesty is over.   When looking for weapons, go to Dimona first.  Then talk to Iran.

Until that time, Americans can only hope that honor and decency will win out, but we know better.

What isn’t happening is that wild stories from liars, cheats and failures aren’t marketable without Dick Cheney there to cheer them on. He is in hiding, told that he faced arrest in Canada for Crimes Against Humanity.

Our next question is “Do we have more names for that list?”  Anyone involved in the war on Iran, anyone who falsified intelligence, should face an international criminal court.  Justice is for juries and we may well have come up with a new set of names.

[Editors Note: The long history of the IAEA giving Israel a free pass on their Weapons of Mass Destruction is an international scandal in itself. Tied into these window dressing discovery campaigns to hype the threat of a nuclear bomb from Iran and one has to consider whether an espionage coup has been pulled off here by an ‘interested party’.

What other plausible explanation could their be? Why does not our American free press demand answers for this? Why does not any major political party or presidential candidate do so? Why is Veterans Today the only media group willing to do this? It was our good fortune that our top nuclear expert Clinton Bastin just happened to live here in Atlanta with me…Jim W. Dean]

The first step is investigation.  We thank Reuters for bringing this group to the attention of decent people around the world. This is the David Albright statement that is meant to justify an immediate invasion of Iran:

“The information was that a large explosive test chamber was used to conduct experiments possibly related to the development of nuclear weapons in the early years after 2000, Albright said.

He was not able to gauge the level of activity at this particular site without comparing it to multiple images over a short period of time”.

You understand it don’t you? Isn’t it “kinda clear?”  Reuters found it “authoritative,” or at least we think they feel they might have found it somewhat authoritative with reservations.

Perhaps if we give Reuters more time to “gauge” how they feel and gather more impressions as to what possibly might be meant by Albright, their “big story of the week” might somehow be possibly related to “journalism.”

For them that would be “new territory,” just possibly.