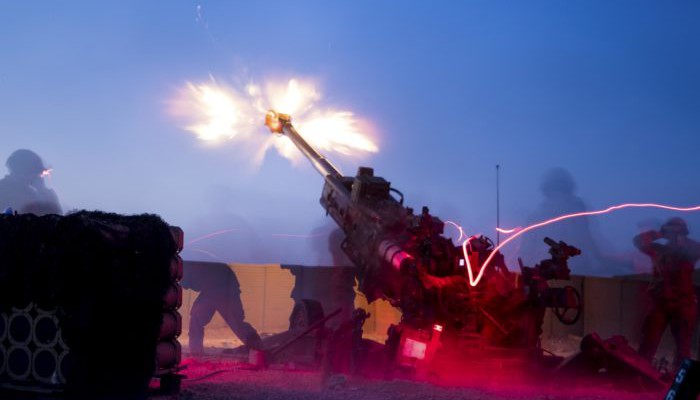 The Quincy Institute is right to call for a withdrawal of US troops from the Middle East, but its timeline is too slow.

The Quincy Institute’s “New Paradigm for the Middle East” calling for a definitive end to the disastrous policy the United States has pursued in the region for nearly two decades offers the first coherent analysis of what is wrong with that policy and the first conceptual framework for a fundamentally different approach. The paper makes it clear, moreover, that the U.S. military presence continues to be a crucial part of the problem.

This paper was, of course, an initial broad outline of such an alternative Middle East policy, which will be followed by a more detailed blueprint of a new policy. But the brief treatment of the central issue of military withdrawal leaves unclear whether the authors intend to call for the definitive end to the permanent stationing of U.S. forces in the region.

The paper refers to “a reduction” in troops rather than a full “withdrawal,” and the penultimate paragraph proposes to begin discussions with regional states hosting a U.S. military presence “to determine a timeline for responsible withdrawal and the contours of continuing relationships that would still permit future U.S. military action, if needed, to stop an aggressor or would-be regional hegemon.”

But as the report itself makes clear, there is no realistic scenario in which a regional or extra-regional state could successfully use military force to dominate the region over the coming decade, because no state is even close to having the capability to do so. And no regional or outside power has had or will have the incentive to disrupt the flow of oil, except in the present circumstances in which the United States itself has prevented Iran from selling its oil worldwide.

The only scenario for such disruption that is remotely realistic — a desperate Iranian move to pressure the United States to end its application of secondary sanctions against its past trade partners — is merely a reflection of the aggressive posture of the United States itself rather than another state seeking to interfere with the free flow of oil.

And if there is no plausible scenario under which the region would be under the threat of domination or disruption from the ambitions of another power, there is no need to reach such new agreements with host countries.

The report suggests a delay in the completed withdrawal of five to 10 years to allow regional governments “sufficient time to take what measures they consider necessary.” But those nations are capable of making rapid adjustments in policy in response to a fundamental shift in U.S. policy, and one response to such a five- to 10 -year delay would certainly be to wait for a new administration to reverse the policy.

There is an even more compelling reason, moreover, to avoid any such delay: U.S. troops and bases in the region are sitting ducks that could be easily hit by Iranian missiles or drones in the event of an Israeli-Iranian war, as was amply demonstrated in September 2019 and again in January 2020. Indeed the report acknowledges this, stating that “[a] standing military presence becomes a target for asymmetric attacks and increases the chance of inadvertent clashes with foreign military forces.”

Their presence gives both Iran and Israel options that are crucial to their respective strategies in the crisis now playing out. Iran hopes to deter U.S. involvement in a war begun by Israel, but Prime Minister Benjamin Netanyahu hopes that an Iranian attack on a U.S. target in response to an Israeli attack will force the hand of the U.S. president. Thus, forces have become potential triggers for U.S. involvement in another avoidable war. It should be a high priority for the United States to signal to host countries its determination to remove those invitations to war as soon as possible.

But a swift U.S. military withdrawal is not only important for its impact on regional policies. Equally or even more important would be its impact on U.S. policy in the region. During a five- to 10-year transitional period, U.S. military assets in the region — especially aircraft and naval forces — would continue to offer military options that some ambitious senior national security official or bureaucratic coalition may well be tempted to propose for parochial political reasons.

The availability of such options has for many years created the incentive for U.S. officials to use force to advance their personal agendas in the region. When he was trying to pressure the Syrian government to negotiate a political compromise with the armed opposition from 2013 to early 2015, then-Secretary of State John Kerry repeatedly sought cruise missile strikes on the Syrian air force, which President Obama fortunately repeatedly rejected.

In September 2016, that incentive to use force had more serious consequences. The U.S. Air Force Central Command Combined Air Operations Center at Al-Udeid Airbase in Qatar ordered an airstrike that killed dozens of Syrian Army troops at Deir Ezzor. The decision for the airstrike was said to have been a mistake, but it was no secret that Defense Secretary Ashton Carter had strongly opposed the ceasefire, and an investigation into the bombing found irregularities suggesting it was not accidental.

Furthermore, any U.S. hesitation about withdrawing from its bases in the Gulf states would prolong a serious problem in policy toward the region: U.S. interests in maintaining its access to bases has given host countries political leverage to leave them free to pursue policies that were clearly contrary to fundamental U.S. interests in regard to both suppression of popular demands for democratic rights and support for terrorism.

It has now long been forgotten that in 2011, the Obama administration initially condemned the brutal suppression of Bahraini Shi’a protests demanding fair representation in the fledgeling legislature of the royal government. But, as Robert Gates — who was Obama’s Defense Secretary at the time — chronicled in his memoir, the Obama administration quickly backed off after the Saudis, who exercise tight control over the government of Bahrain, made it clear the U.S. would lose its access to the naval base at Manama.

The Obama administration faced a similar dilemma when it discovered in 2013 that its Qatari allies were providing military assistance to al Qaeda fighters in Syria. The National Security Council proposed a mild form of pressure on Qatar by withdrawing a squadron of U.S. fighter planes from the Al Udeid base, but that was vetoed because of fear of threatening U.S. access to the base.

The Quincy Institute paper suggests that the United States should serve as “balancer from a distance only when balancing is required.” As long as that concept is understood as excluding an effort to maintain a naval presence in Bahrain, it would be a major step toward precluding further efforts to intervene in the region’s conflicts. And It would require firm opposition to the decided preference of the U.S. military and the national security elite for maintaining the naval base at Manama, Bahrain, which has been accepted by some who embrace the “offshore balancing option.”

A key political argument for a prompt and complete military withdrawal from the region is to recall that throughout the entire Cold War period, the only long-term stationing of U.S. military personnel and assets in the Middle East was about 100 sailors and four ships at a very small naval facility in Bahrain. That remarkable fact was the consequence of broad agreement among specialists on the region over more than four decades that stationing troops in the Arab world should be avoided altogether, because it is likely to create instability both in the country where they might be stationed and in the region as a whole.

That rule was first breached after the first Gulf War when then Secretary of Defense Dick Cheney immediately began preparing for future U.S. wars in the region. The subsequent experience of policy in the Middle East that continued to violate that fundamental principle has proven over and over again the folly of ignoring it. Those in the national security elite who now call for continuing to disregard the lesson of the recent past should bear a very heavy political burden in doing so. And the Quincy institute should be out in front in posing a clear choice between those two alternatives.