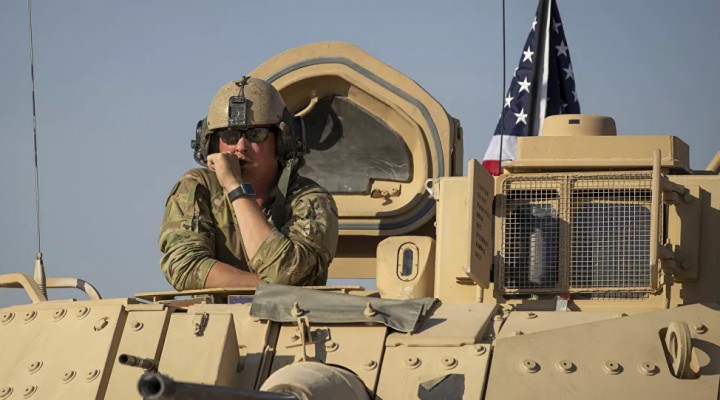 US Secretary of State Mike Pompeo announced this week the reimposition of international sanctions against Iran. Trouble is nobody is listening to Washington’s remonstrations any longer. Not only has the emperor no clothes, he’s lost bullying power too.

The Trump administration asserts it has the legal right to invoke “snapback” UN sanctions on Iran over Washington’s baseless allegations that Tehran is in breach of the 2015 international nuclear accord. This is in spite of the fact that the American side forfeited its legal rights when it unilaterally quit the nuclear deal in May 2018.

It is also in spite of the fact that the UN Security Council last month rejected Washington’s “snapback” presumption in what was a huge diplomatic “slapback” to the Trump administration’s arrogance.

Even normally indulgent American allies, Britain, France and Germany, rejected the audacity of Washington’s demands to reimpose sanctions on Iran. The Europeans have remained committed to upholding the nuclear accord along with Russia and China which mandates the lifting of economic sanctions on Iran in reciprocation for Iran’s compliance with restrictions on its nuclear activities barring weaponisation.

© AP PHOTO / VAHID SALEMI
An Iranian security official, dressed in protective clothing, walks inside the Uranium Conversion Facility, just outside the city of Isfahan, 410 kilometers, (255 miles), south of the Iranian capital Tehran in this Wednesday, March 30, 2005

Undeterred by the debacle at the Security Council, Washington is now insisting that a self-declared deadline has been reached this week for snapback punitive measures on Iran.

Iran has scorned the US, saying that the Trump administration avowed “maximum pressure” campaign has backfired and has only resulted in “maximum isolation” for the United States. It’s hard to contest the Iranian view when you look at the predominant support for the accord among signatories.

Russia, China and the Europeans have all insisted the US has no legal right to avail of mechanisms contained in the Joint Comprehensive Plan of Action, as the nuclear pact is formally known. President Trump took the US out of the accord with an executive order. It really is parallel-universe-style delusional thinking for his administration to somehow claim at a later stage that it is still a participant with rights of redress.

But what is significant is how little bullying power the US is able to apply. The US has been threatening to wield secondary sanctions on any nation not complying with its ultimatum for snapback measures.

“We are not afraid of US sanctions, we are used to them”, said Russia’s Deputy Foreign Minister Sergei Ryabkov in response to Pompeoэs threats of extraterritorial US restrictions.

He added that Russia and Iran would continue partnering in trade and defence development.

It is the European defiance of Washington’s demands that seems more indicative of American impotency. Their past habitual willingness to comply with US abuse of power is contemptible. We only have to look at how the European members of the Security Council have long been sheepishly complicit in Washington’s illegal warmongering.

© REUTERS / POOL
U.S. Secretary of State Mike Pompeo speaks during a news conference to announce the Trump administration’s restoration of sanctions on Iran, at the U.S. State Department in Washington, U.S., September 21, 2020

However, have we reached a point in history where even European minions are now viewing Washington’s rogue conduct as unacceptable? The brazen trashing of the nuclear deal by the Trump administration was a full-frontal assault on an international rules-based system. The subsequent diktat by Washington for everyone to abide by its diplomatic vandalism under pain of sanctions is a sure sign that the lunatic has taken over the asylum.

Supine though the transatlantic Europeans are, even they must know that further indulgence of the American sociopath would mean their own eventual doom. Russia and China have had a better, more accurate critical appraisal of Washington’s hegemonic hubris. The European nations seem to be finally catching on to the awareness that Washington’s tyranny is toxic. Continued tolerance of its rogue delusions is a path to nihilism and destruction.

The Europeans are standing up to the US over the Iran nuclear deal not so much out of a sudden conversion to principles and integrity. They have had more than five years to implement the accord with Iran, but instead have dragged their feet. They are standing up to the US – at last – for their own self-preservation. They know that the absurd hypocrisy and double-think that flows out of Washington is because Uncle Sam is slumped on a stool in the Last Chance Saloon, and can’t even control his bladder anymore.

0 thoughts on “US Bully in Last Chance Saloon”