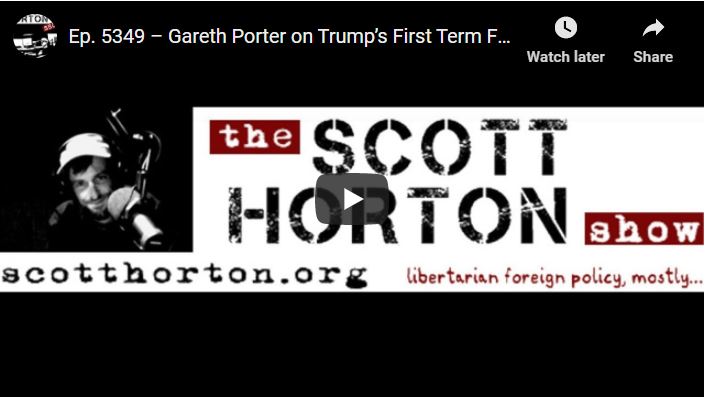 Gareth Porter discusses President Trump’s foreign policy as we near the end of his first term.

The story of Trump’s time in office, as everyone knows, has been that despite his sense for the futility and unpopularity of America’s endless wars, he, like Obama before him, hasn’t been able to resist the pressures of the military-industrial complex and actually follow through with ending them.

The news in Afghanistan is somewhat positive, where Trump has put Zalmay Khalilzad in charge of negotiating a U.S. withdrawal.

But Porter is concerned that because there are no stipulations about peace between the Afghan government and the Taliban, any conflict between them could easily be used as an excuse for American troops to go back.

In the opposite case, Trump has been absolutely horrible when it comes to Yemen, where he has helped Saudi Arabia wage a war of genocide, basically in exchange for weapons sales by American companies.