HOME / WORLD / Let’s Talk U.S. Foreign Policy: It Is the Root Cause of Many Evils 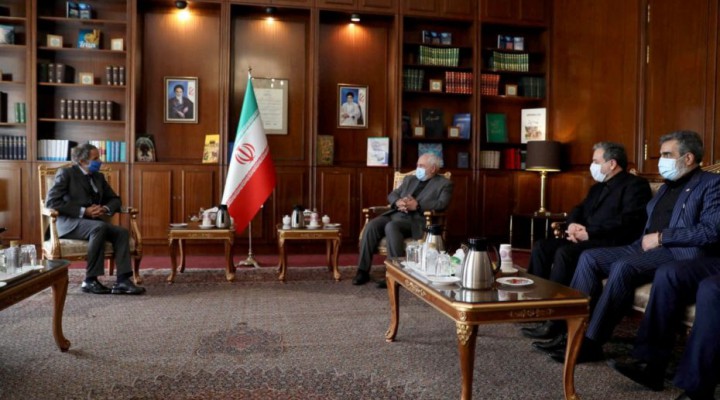 As the United States sinks deeper into a multi-faceted global crisis that no politician seems able or even willing to address, one hears more and more often demands for radical change in who runs the country and to what end. Of course, Donald J. Trump offered such a dramatic shift in priorities four years ago, but he has been unable to deliver due to his own inability to execute and the ill-conceived machinations of those whom he has chosen as advisers. The Democrats for their part are offering little beyond a repeat of their 2016 pander to grievance groups in an effort to cobble together an unassailable majority based on buying off the party’s various constituencies.

But there is one area where change could come dramatically if either party were actually motivated to do something that would truly benefit the American people, and that is in the area of foreign and national security policy where the president has considerable power to set priorities and redirect both the State and Defense Departments. Unfortunately, foreign and national security policy is almost never discussed during the presidential campaigns and this time would already appear to be no exception. That means that the one thing that is a constant amidst all the smoke and mirrors is the continued bellicosity of both parties on the world stage.

The Republicans are apparently eager to “democratize” Latin America while the Democrats in particular are wedded to the “foreign interference” angle to explain their loss in 2016, with Hillary Clinton predictably advising in her Democratic National Convention speech that the public should “Vote to make sure we — not a foreign adversary — choose our president.” Indeed, the tendency to create and then demonize “foreign conspiracies” is generally supported by the establishment and its parasitical media, since it enables the billionaire oligarchs who really run the country to grow fatter while also avoiding any blame for the declining fortunes of most of the American people.

The Democrats are currently taking pains to recall the so-called “Russian interference” in 2016, and are expecting or possibly even hoping for more of the same this year. Tying Trump to Russian President Vladimir Putin is obviously perceived as a game winner, even though the just-completed investigations into the events of 2016 are at best ambiguous. Early prognostications by journalist-pundits in the foreign interference sweepstakes indicate that both China and Iran will be supporting Joe Biden while Russia wants to continue with Trump. No one bothers to explain how those countries will express their preferences or what kind of impact they could possibly have.

One thing that is certain is that both parties will continue their deference to Israel which in turn means hostility towards Iran and its few friends worldwide. The U.S. media has not reported the almost daily bombings of Syria and Gaza by Israel and even largely failed to cover how two weeks ago the United States Navy seized four Greek flagged oil tankers transporting more than a million gallons of fuel to economic basket case Venezuela, a country which is in its sad condition due to sanctions and other “maximum pressure” at the hands of Washington. The fuel was seized based on unilaterally imposed U.S. sanctions on Iranian sale or export of its own petroleum products, a move intended to strangle the Iranian economy and bring about an uprising of the Iranian people. Such a move used to be called piracy.

To be sure, the Democrats have indicated that they will rejoin the Joint Comprehensive Plan of Action (JCPOA), which Trump withdrew from under orders from top donor Sheldon Adelson in 2017, one of his first acts in office. The JCPOA is intended to monitor and restrain any possible efforts by Iran to enrich uranium to develop a nuclear weapon, which one might assume is in the U.S. interest, but one should make no mistake in thinking that re-entering the agreement signifies any softening towards Iran. Joe Biden and Kamala Harris are owned lock, stock and barrel by the Israel Lobby, which is pretty much true of most politicians from both major parties in Washington. Iran is Israel’s target and even lacking any threat to the U.S. so it will remain the American enemy of choice.

America’s efforts to demonize and punish Iran, ineptly stage managed by Secretary of State Mike Pompeo, frequently lead into the Twilight Zone. On August 17th, the United States suffered what has to be described as a humiliating defeat in the United Nations Security Council. As the Washington Post reported it, “The United States asked the council to approve an extension of the 13-year-old embargo on arms trade with Iran — something that matters greatly to Israel and U.S. Arab allies, and which most of the democratic world favors. Yet only one member of the 15-member council, the Dominican Republic, sided with Washington. Russia and China opposed the motion, while 11 countries — including Britain, France and Germany — abstained. The vote could open the way for Iran to obtain Chinese and Russian arms — for example, missiles it could employ against Israel, the UAE or U.S. ships in the Persian Gulf.”

Note particularly the reliably Zionist Post’s “newspeak” version in describing both the issue and the vote. It states that “most of the democratic world favors” an embargo on selling arms to Iran but then describes how “11 countries – including Britain, France and Germany – abstained.” And, of course, the potential threat to Israel is front and center as the reason for the embargo, an apartheid state that has nuclear weapons developed in secret after stealing both the uranium and triggers from the United States. One might also note that Iran is a signatory to the Nuclear Non-Proliferation Treaty (NPT), which Israel is not, and its nuclear related research facilities are fully open to inspection by the International Atomic Energy Agency (IAEA).

After the rebuff, Trump subsequently moved on to phase two in its attack on Iran by invoking a so-called “snap-back” provision of the JCPOA that empowers any of the signatories to the agreement to unilaterally call for renewal of the international sanctions that isolated Iran prior to 2015, when the plan of action was signed by the U.S., Britain, China, France, Germany and Russia, along with the European Union. The U.S. claimed that Iran has been cheating on its enrichment program and also that the accord’s authority is rooted in an accompanying Security Council resolution, which means that Washington can at will address the issue before that body.

Bear in mind that the U.S., though an original signatory, withdrew from the agreement, and any attempt to restore U.N. sanctions through an admittedly sleazy maneuver would be resisted by nearly all the other members of the Security Council, which is precisely what did take place last Thursday, with the Europeans producing a joint letter emphasizing that Washington has no standing on the issue as it is no longer party to the arrangement. Pompeo responded by saying that the Europeans “chose to side with the ayatollahs.”

Secretary of State Mike Pompeo, presumably supported by the president, has been angered by the Security Council’s failure to support him on either extending the arms embargo or re-imposing general sanctions, though he is probably eternally grateful for the fortitude demonstrated by the plucky little Dominican Republic. On both meetings with the Security Council Pompeo complained, using his standard line, saying that “We can’t allow the world’s biggest state sponsor of terrorism to buy and sell weapons. I mean, that’s just nuts.”

The next step by the White House was a unilateral proposal submitted in writing by the U.S. to reimpose a full range of economic sanctions on Iran in thirty days. That can only be blocked by a Security Council resolution which Washington can veto, meaning that America will again be going it alone in its not-so-secret war against Iran, further isolating the U.S. in world fora and again demonstrating that the Trump Administration has few friends anywhere in this fight but Israel and its newfound Arab associates in the Gulf. It also means that the re-imposed sanctions are unlikely to be actively enforced by anyone that matters, further suggesting that the U.S. might resort to secondary sanctions, as it has done in the past, on those who do not comply, a formula for chaos.

Well, it should seem obvious that we Americans can’t afford a foreign and national security policy that pits the United States against the rest of the world in situations where the U.S. is not actually directly threatened and does not even have a vital interest. Over the next two months, perhaps we will see some serious discussion of America’s place in the world or perhaps not. If 2016 is anything to go by, we are more likely to see a number of bromides tossed out without any real meaning behind them. We are still waiting for troops reductions and the ending of useless wars promised by Trump. We are still waiting for Hillary to concede that Russia didn’t defeat her. She did it all by herself.

0 thoughts on “Let’s Talk U.S. Foreign Policy: It Is the Root Cause of Many Evils”