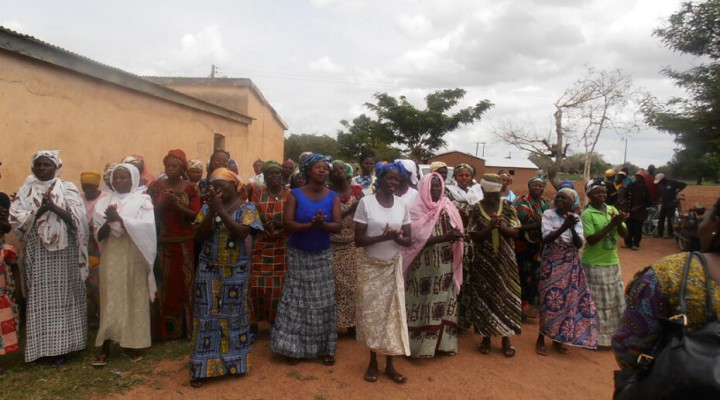 An ominous development underway in Ethiopia’s devastating civil war is the intervention by the United States under the pretext of humanitarian relief.

The U.S.’ international aid agency – USAID – announced last week it has deployed a Disaster Assistance Response Team (DART) in the northern Tigray region where millions of people are facing starvation.

A humanitarian crisis has been created in Ethiopia after the central government in Addis Ababa launched a military offensive against the Tigray region in November last year. Heavy fighting continues between Tigray militia and the Ethiopian National Defense Force. The Ethiopian government forces are being assisted by Eritrean troops which have invaded Tigray. There are reports of widespread violations against civilians.

U.S. Secretary of State Antony Blinken warned Ethiopia’s Prime Minister Abiy Ahmed in a phone call on February 27 to open up Tigray to humanitarian access and he expressed deep concern over possible war crimes. Washington then promptly deployed the USAID intervention apparently without authorization from the Ethiopian federal government.

The American move came despite a row during a closed meeting at the UN Security Council last week when it is understood that Russia and China objected to U.S. intervention plans in Ethiopia, which they said was over-riding legal processes and issues of national sovereignty.

USAID said its disaster response team is “assessing the situation in Tigray, identifying priority needs for the scaling up of relief efforts”. Given the dire humanitarian and security situation in Ethiopia that provision is logically paving the way for a major U.S. military intervention under the guise of the “right to protect” (R2P) presumption which has been unilaterally invoked by Washington in other conflicts.

President Joe Biden has picked Samantha Power as the new head of USAID. The former U.S. ambassador to the United Nations and a former national security advisor to President Barack Obama, Power is a stalwart proponent of R2P foreign interventions. Biden also wants to make Power a member of his national security council.

Secretary of State Antony Blinken is, like Power, another staunch advocate of “humanitarian interventions”. They were senior members of the Obama administration who formulated American military interventions in Libya and Syria. The “humanitarian” remit is rightly seen as a cynical moral cover for what would otherwise be condemned as American military aggression to achieve Washington’s own political objectives, such as regime change.

USAID – with an annual budget of over $27 billion and operating in over 100 countries – is notoriously intertwined with covert operations run by the CIA.

The damnable thing about Ethiopia’s current crisis is that arguably it was provoked by the United States from its geopolitical ambitions to control the Horn of Africa region and in particular to cut out China and Russia from this strategically important global hub.

Ethiopia’s Abiy Ahmed worked previously as a top military intelligence officer in the Ethiopian army before he became prime minister in early 2018. A long-time bilateral security partnership between the U.S. and Ethiopia made Abiy an ideal CIA asset. He was involved in developing Ethiopia’s telecom spying network in a replication of the National Security Agency in the U.S.. He was also educated at a private American university.

Before Abiy’s rise to political power, Ethiopia had an independent policy on foreign relations, pursing strategic partnership with China for economic development. Ethiopia – the second most populous country in Africa and home to the African Union – was seen as a crucial link in building China’s new silk routes from Asia to Africa.

Oddly, Abiy was awarded the Nobel Peace Prize at the end of 2019 for a supposed rapprochement with Ethiopia’s northern neighbor Eritrea. The two countries fought a bitter border war in 1998-2000. In hindsight, the award was a travesty given how Abiy has invited Eritrean troops into Tigray to wage war against the civilian population there, committing horrendous massacres.

But the Nobel prize can be seen as part of Abiy’s image-building by his CIA handlers for their objective of reordering Ethiopia. Tellingly, the Western media during his early months in office gushed with praise about the “young democratic reformer” and “peacemaker”. How foolish and fawning those media look now in light of the mayhem and suffering that Abiy unleashed in Tigray over the past four months.

In truth the war was building ever since Abiy took office. Almost from the get-go, there was a campaign of low-intensity aggression directed against the Tigray region. (This author was living there.) This was while the Western media were hailing him as a “reformer”. Abiy’s campaign of hostility towards Tigray involved the central government cutting electricity, water and communications as well as political assassinations. The purpose was to wear down the region and the people’s support for the Tigray People’s Liberation Front which had been the previous dominant governing party before Abiy’s ascent. The Tigray region represented a bastion of opposition to the plan by Abiy and his CIA handlers to refashion and reorient Ethiopia geopolitically. The power struggle culminated in the full-blown war launched against Tigray on November 4, 2020, under false claims of being a security operation against a “terrorist junta”.

The terrible irony is that the war and humanitarian crisis inflicted on six million people in Tigray was predictable because Abiy seems to have been following an American imperial plan to destabilize Ethiopia for boosting its great power rivalry with China and Russia. The Horn of Africa is a geopolitical hotspot: it provides a commanding position for North Africa and Sub-Saharan mineral-rich countries, overlooking the vital shipping lanes of the Red Sea and Indian Ocean, and proximate to the oil-rich Arabian Peninsula. Russia last year opened a naval base in Port Sudan on the Red Sea, while China’s only overseas military base is located in Djibouti adjacent to Ethiopia.

Now humanitarian interventionists in the Biden administration are stepping in to “resolve” a mess that the U.S. was instrumental in creating. If the USAID mission is scaled up, as seems intended, then American military could be deployed in Ethiopia giving Washington an unprecedented foothold in a strategically vital region.

It is notable that while the Biden administration seems to be over-riding the authority of the Abiy regime in Addis Ababa, the American objective does not necessarily seek regime change on this occasion. The Biden administration is promoting itself as a mediator in Ethiopia’s civil war, even though this war would not have come about were it not for America’s covert manipulation of Abiy. Recently, the Tigray militia have appeared to be gaining the upper-hand against Abiy’s forces and their Eritrean allies. The American intervention seems prompted in part by concern in Washington to prevent the Abiy regime collapsing in defeat.

0 thoughts on “U.S. Paves Way for Intervention in Ethiopia, Horn of Africa”