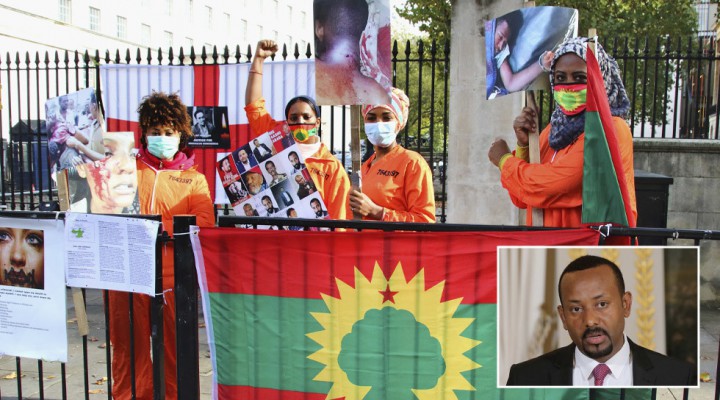 The Western media have hailed Ethiopia’s Premier Abiy Ahmed as a “liberal reformer” ever since he rose to power in the East African country nearly two years ago.

Remarkably, despite the chaos and conflict that has accompanied his leadership, the same media tend to portray the mayhem as somehow due to opposition to his benign reforms.

This week, federal military forces have launched operations in a northern region of Tigray. Western media amplified Abiy’s claim that the state of emergency was necessitated because Tigray militia had attacked federal forces first. Tigray leaders say that is turning reality on its head, claiming that they are the victims of aggression sanctioned by the central government in Addis Ababa.

The Tigray People’s Liberation Front (TPLF) were formerly the main ruling faction before Abiy’s ascent to power. So it is easy in the simplistic Western narrative to portray the latest conflict as a contest between a reforming pro-West PM and a revanchist old regime.

After all, Premier Abiy was awarded a Nobel Peace Prize last year for his efforts to supposedly normalize relations with neighboring Eritrea with which Ethiopia fought a border war nearly two decades ago. He was generally feted as a democratic progressive bringing years of hostility to an end. That “normalization” has yet to produce any meaningful result in terms of restoring neighborly relations. It was more a public relations exercise to burnish Abiy’s image as a benign pro-democracy, pro-peace figure.

I lived in Ethiopia’s Tigray region for eight years including during two years of Abiy’s premiership. I have witnessed the entire country slide into bloody internecine wars between the many nations that comprise Ethiopia’s 110 million population. All this carnage involving thousands of casualties – rarely reported in the media – occurred precipitously after Abiy became leader.

The way Tigray people see it, Abiy, who is alleged to have spent periods of time as an intelligence officer seconded in the US while a member of the TPLF-led former government, is working for a foreign agenda to undermine Ethiopia’s independent politics and economic development.

During nearly 27 years of TPLF-led government following a revolutionary war ending in 1991, Ethiopia was an important strategic partner for Chinese investment in Africa. Much of its impressive development was financed with Chinese loans – not with private Western capital. Although China still remains a top foreign donor.

Only months after Abiy became prime minister through parliamentary horse-trading, Simegnew Bekele, the chief engineer of the Grand Ethiopian Renaissance Dam across the Blue Nile, was assassinated. That threw the project for Africa’s biggest hydroelectric plant into turmoil. It was suspected that Abiy and his Egyptian, Gulf Arab and Eritrean allies could have been complicit in sabotaging the prestige project which would have consolidated Ethiopia’s independent development. That project had been initiated by the former TPLF-led government. Abiy’s first overseas trip as new PM was to visit Cairo where he hinted to the Egyptian leadership that the dam would be scaled back. He went on to make disparaging comments about the project’s feasibility.

Recently, Abiy’s government appears to have resumed support for the ambitious dam, thereby riling up the Egyptians who fear it will reduce downstream flow of the Nile River, as well as irking Washington which has backed Cairo’s claims. But given the national fervor among Ethiopians for the dam’s completion, Abiy has had little choice but to appear to go along with it.

Under Abiy’s rule, political violence and assassinations have turned Ethiopia from a once stable, peaceful giant of African development into a basket-case of failure and insecurity.

He has directed much recrimination against the Tigray region and its still-dominant TPLF, accusing the latter of orchestrating political violence. A massacre last week in the west of the country – far from Tigray – was blamed on the TPLF by Abiy and his supporters. That in turn was used to justify sending in federal forces this week into Tigray. When the Tigray defenders arrested the federal troops – reportedly killing some of them – Abiy claimed that the Tigray region is out of control and that he is trying to save Ethiopia’s “national unity.” And the Western media in deference to the Nobel laureate is giving his spurious version of events undue credibility.

For many Ethiopians, Abiy Ahmed is seen as an imposter figure – Tigray sources even allege he could be a CIA agent – who has overseen the weakening of a proud independent nation, the only African nation that was never fully colonized by Europeans. His Nobel gong and Western media indulgence is part of the cover for what is otherwise a sabotage operation to turn the country into a failed state henceforth to be dependent on Western capital and geopolitics.

Should we be surprised? War criminals and conmen – from Henry Kissinger to Barack Obama – are often decorated with the accolade.