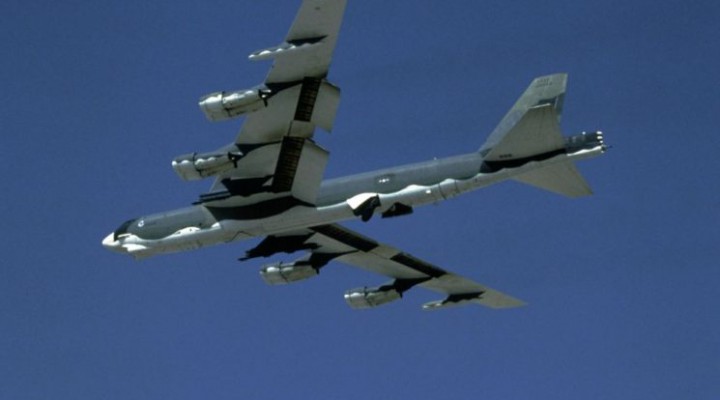 The configuration of military power in the Persian Gulf, the heightening of tensions between the US and Iran, and the unhinged aggressive rhetoric all make a tinderbox situation.

The erratic US president has gone from wishing for peace with Iran to, a few days later, making a veiled threat of nuclear annihilation against the Islamic Republic.

Donald Trump got on his twitter pulpit at the weekend, warning about the “official end of Iran”.

The configuration of military power in the Persian Gulf, the heightening of tensions between the US and Iran, and the unhinged aggressive rhetoric all make a tinderbox situation.

At times, the protagonists have each said they don’t want war. But just like the slippery slope towards the First World War (1914-18), the eruption of hostilities can take on a logic of its own.

Paradoxically, assurances last week from President Trump and his top diplomat Mike Pompeo that the US “is not fundamentally seeking a war with Iran” are not in fact all that reassuring.

Neither, it must be said, are assurances from the Iranian leadership that they also do not want war with the US. Iran’s Foreign Minister Mohammed Javad Zarif said there was “no appetite for war”. That may be so, but it’s no guarantee there won’t be one, especially because the circumstances are so precarious.

In the run-up to the First World War, European leaders were similarly adamant that war could be avoided. They thought their rationality and modernity would spare them from catastrophe. Nevertheless, the Europeans quickly plunged into a conflagration through a chain reaction beyond their control.

What bodes particularly grave today is the erratic and incendiary nature of Trump’s rhetoric. At the end of last week he was telling media that “he hoped” there would not be war with Iran. Indeed, he even alluded to the possibility of future diplomatic talks with Tehran. Then, over the weekend, Trump flipped as always and tweeted that if Iran threatened the US “it will be the official end of Iran”.

“If Iran wants to fight, that will be the official end of Iran. Never threaten the United States again!” tweeted the US Commander-in-Chief.

There can be no doubt that Trump was invoking the use of nuclear weapons against Iran if any war were to break out. What else to deduce from the words “the official end of Iran”?

A senior Republican Senator, Tom Cotton, who is an arch war hawk on Iran, also appeared to endorse nuclear strikes if any conflict were to arise. He told Fox News that the US could defeat Iran with just two strikes, cryptically calling them “the first strike and the last strike”. That again leaves little doubt that nuclear annihilation is on the mind of Washington politicians with regard to prosecuting a war with Iran.

Such thinking is, of course, despicable. To contemplate the genocidal destruction of another nation demonstrates the barbarity and iniquity of American rulers. But we should not be surprised by such depravity. After all, the Americans are the only people who ever used atomic weapons when they dropped two bombs on Hiroshima and Nagasaki in August 1945, killing over 200,000 civilians. Washington has always reserved the infernal “right” to use nuclear force preemptively to “defend its vital interests”.

During the Cold War decades, US strategists had drawn up plans to launch pre-emptive nuclear attacks on both the Soviet Union and China, knowing full well that millions of innocents would be obliterated.

Trump has previously warned North Korea with nuclear destruction, bragging about “a fury like the world has never seen before”. He even made a similar threat of annihilation against North Korea while addressing the UN General Assembly in September 2017. The arrogant criminality knows no bounds. Imagine, before the UN in brazen violation of its founding charter outlawing aggression, Trump actually seemed to relish genocide. (He has since gone on to embrace North Korean leader Kim Jong-un with diplomacy, but the psychotic American power could revert to barbarous aggression at any time, if talks don’t appease its dictates.)

Trump’s latest rhetorical broadside against Iran is as provocative as it gets. To crow about wiping out an entire nation is all but declaring war. It’s one tweet away from sparking a conflagration. It’s insane and criminal. Why has Twitter not shut down Trump’s account?

To return to our First World War analogy, that horrendous event, resulting in up to 20 million deaths and the arrival of industrial-scale killing, was largely opposed by the public at the time. Political, military and imperial leaders went to war in spite of assurances beforehand there would be no war. It was like the nations stumbled into a conflagration.

However, it wasn’t entirely unprecedented. What made the violence inevitable was the configuration of military forces and international tensions had been put in place over several years like a powder keg. One spark – the assassination of Archduke Franz Ferdinand in Sarajevo on June 28, 1914 – led to a chain reaction of disaster.

That’s why vows from this American president that he doesn’t want war are rather disconcerting. The complacency is alarming. The Trump administration has done everything possible to lay down an explosive fuse in the Persian Gulf. From trashing the 2015 nuclear accord with Iran, to ratcheting up economic terrorism through illegal sanctions, from sending aircraft carrier naval armada and B-52 bombers, to hinting at nuclear annihilation.

Washington is fully culpable for the explosive configuration. For Trump and other American politicians to talk about “not wanting war” is ludicrous naivety or duplicity.

Rockets fired at the American embassy in Baghdad, or Yemeni drones attacking Saudi oil infrastructure, or suspicious sabotage of tankers in the Persian Gulf. The sparks are flying at the powder keg.

The repetition of history is not inevitable. But Washington has surely done its fiendish utmost to make history repeat – a century after the First World War.

The ‘End’ of Iran