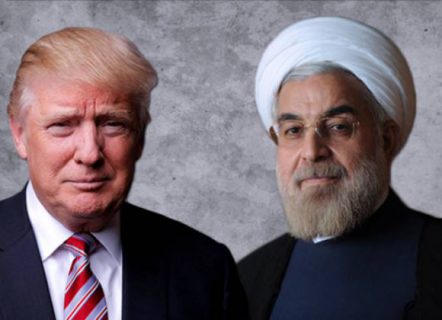 Is the US really intent on starting another war it can never win?

It is hard to keep pace with developments on all the relevant fronts as the US military build-up against Iran continues.  After the despatch of the aircraft carrier Abraham Lincolnto the Gulf, the sabotage of four oil tankers in Fujairah, and the Houthi drone attacks on Saudi pumping stations near Riyadh, Iraq has become the focus. US Secretary of State Mike Pompeo, one of the Washington hawks who are beating the drums of war against Tehran most avidly, flew to Baghdad bearing CDs showing that Iranian-backed Popular Mobilisation forces had been positioning missiles around American bases on the Syrian border as a prelude to attacking them.

We were supposed to be anticipating a confrontation in the Strait of Hormuz, only for Pompeo to come and tell us – along with Iraqi Prime Minister Adel Abdelmahdi – that the threat to the US, its interests and its forces (6,000 personnel) lies in Iraq. He accompanied this with two messages: a threat that the US would retaliate remorselessly to any attack on its forces without referring to the Iraqi government; and an offer of negotiations to Tehran.

The US administration is now pulling most of its embassy staff out of Baghdad and telling its citizens not to visit the Iraqi capital, claiming that it has obtained intelligence about threats to its interests emanating from Iran. It did the same when its embassy in the Green Zone – the biggest in the world – and its consulate in Basra were subjected to missile attacks last September. It was terrified, and scaled down the former and closed the latter.

The US sent hundreds of thousands of troops to occupy Iraq and lost trillions of dollars and 3,000 soldiers in this aggression that was based on lies and fabrications. Yet its secretary of state, and its president, are still not able to visit that country openly. They have to sneak into it furtively like frightened cats. Imagine how it would be if it attacked Iran, with its vast expanse, 80 million inhabitants, and forest of missiles  — and perhaps some rudimentary nuclear bombs too.

We cannot tell how accurate this ominous information that Pompeo conveyed to the Iraqi leadership may or may not be. But we do know two things: First, that Abdelmahdi is incapable of protecting the US’ forces or holding back any move against them by the Popular Mobilisation forces. He has neither the power nor the ability. Pompeo went to the wrong address: these groups have 150,000 fighters equipped with heavy weapons, and are stronger than the Iraqi army itself. Secondly, that Pompeo’s intelligence about the threat they pose to US interests convinced no-one, including the US’ European allies. British Maj.-Gen. Christopher Ghika, spokesman for US-led coalition forces in Iraq and Syria, affirmed on Tuesday that there had been no increase in the threat-level posed by Iranian-backed groups to US forces. In other words, he was telling Pompeo: You are a liar.

Having sent a carrier battle group and strategic bombers to the Gulf to intimidate the Iranians, it is Trump who is now fretting. He has no idea from where the threat to him and his forces will come. More importantly, he has stopped talking about the second stage of sanctions on Iran – zero oil exports – and begun sending out mediators to seek a negotiated solution.

Trump had said he would respond forcefully to any attack on the US or the interests of its allies in the region. His allies have now been subjected to two attacks in as many days, in Fujairah in the UAE, and in the Daoudiya and Afif districts in Saudi Arabia. But he did not respond. Instead he sent his secretary of state to Baghdad to try to safeguard both his forces and his chances of being re-elected to a second term. The killing of US troops in Iraq could be fatal for his prospects in this regard.

All the European countries have dissociated themselves from this US build-up for war on Iran. Trump has not managed to persuade any other signatory to withdraw from the nuclear deal. If he actually decides to go to war, his only allies will be the Israeli occupation state and the members, or whoever remains of them, of the so-called Sunni Arab Nato.

Trump looks as though he is emerging from this confrontation defeated and with his credibility destroyed before he has even fired a single bullet. Iran’s failure to be cowed by his military build-up will weaken his and his allies’ position, especially if the crisis ends in negotiations.

Nobody wants war in the Middle East other than the Pompeo-Bolton-Netanyahu trio who have been inciting for it. Any blunder would be extremely costly for the Trump administration and the US as a whole, in both material and human terms. Not a single US soldier in Iraq or Syria would be spared, not to mention those deployed on warships and aircraft carriers, nor the Gulf allies who take part in the war. It is they who will be the battleground. About that there can be no doubt.

0 thoughts on “Beating the Drums”