The ‘End’ of Iran 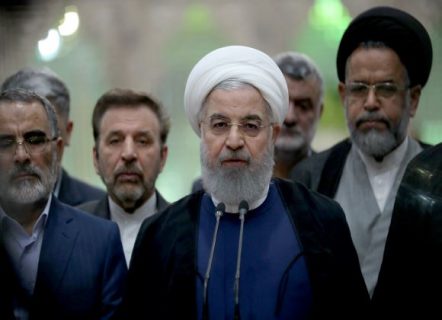 No-one in the Middle East takes Trump seriously any longer

Nobody in the Middle East and the wider world still takes Donald Trump and his tweeted threats seriously. This applies to his latest warning to Iran that if it “wants to fight” that will bring about the “official end” of the country. Actual wars are fought in real life and not by grandstanding on social media.

Whoever said that Iran ‘wants to fight’? The country wants to export its oil through the Strait of Hormuz, which it continues doing with ease. It was not Iran that sent aircraft carriers and strategic bombers to the Gulf in a naked display of force. It was Trump, and the gesture failed dismally. It was actually counter-productive, as it united Iranians around their leaders and alienated most of the US’ European allies. They are not remotely interested in joining any US-led coalition against Iran modelled on those that waged war on Iraq and Afghanistan and later ISIS.

Trump doesn’t really want a war. He must know that it would be hugely costly for his country. His Gulf allies may be willing to cover the financial cost, but nobody would be able to compensate for the human losses – in terms of US troops in their many bases around the region being brought home in body bags.

Trump has already lost the preliminary round of this war. He and his allies were subjected to three humiliating attacks in succession – against tankers off the UAE, oil pipelines in Saudi Arabia, and the US embassy in Baghdad’s Green Zone – and were incapable of responding to any of them.

These attacks were trial balloons aimed at gauging American intentions. Far from retaliating, the US has been discreetly exploring for negotiated solutions. This probably explains the reported arrival in Tehran on Monday of Omani Foreign Minister Yousef Bin-Alawi, one of many would-he mediators who have been clocking up air miles in recent days.

What Trump doesn’t get is that Iran and its allies have been preparing for this war since the start of the US invasion of Iraq in 2003. It did so by developing a formidable range of home-made ballistic missiles, and handing them out to its allies in Iraq, Yemen, Lebanon and the Gaza Strip.

Last week’s attack on four oil tankers off the port of Fujairah was telling. The vessels were empty, and moored in UAE, not international, waters. The intended message was that whoever was behind the attacks does not want to disrupt international shipping or cause a pollution crisis, but if war breaks out, nothing will be off-limits. The US military must have understood that. So, apparently, did the UAE, which has adopted a more conciliatory tone towards Iran of late.

Meanwhile, King Salman of Saudi Arabia has called for three summit meetings – bringing together Islamic, Arab and Gulf leaders in turn – to convene in Mecca in early June. This means that no war will be started before then. But it also shows that Saudi Arabia and the UAE are desperate to recruit allies to support and legitimise any such confrontation. They will have a hard time doing that. They have alienated many traditional partners with their reckless and high-handed behaviour, not least the way they have placed all their eggs in the highly dubious basket of Donald Trump.

With Iran having won the first round, it looks increasingly unlikely that there will be a second. If you really want war, you don’t wage it on Twitter.