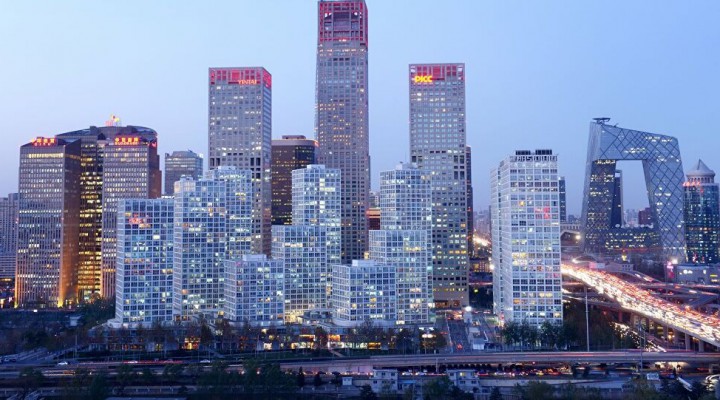 Listening to British ministers bossing China around sounds like they’re reliving the 19th century Opium Wars. That’s when a globally powerful Britain humbled China for exploitation, including selling narcotics to that nation, as well as stealing the territory of Hong Kong.

Today, Britain is in no position to bully China – the world’s second largest economy after the United States, and soon to be the first. Currently, China’s economy is about six times greater than Britain’s.

China is a major foreign investor in the United Kingdom with cumulative capital spending in Britain much greater than in other European countries or North America.

Between 2016-2018, Chinese foreign direct investment in Britain amounted to over €30 billion, about twice that China invested in Germany and six times that in France.

China is also one of Britain’s biggest trading partners. In 2019, the UK exported over €33 billion worth of goods to China. The Asian giant is an important market for British flagship companies such as Land Rover, BP and GlaxoSmithKline.

So, if Boris Johnson’s government goes down the path of starting a new Cold War with Beijing it would be Britain that ends up being frozen out of crucial economic sources.

Liu Xiaoming, China’s ambassador to Britain, has warned against starting a new Cold War. He says that Chinese firms could cancel investments in Britain after London last week announced it was axing plans for Huawei to modernize its telecoms network.

© AFP 2020 / DANIEL LEAL-OLIVAS
A photograph shows the logo of Chinese company Huawei at their main UK offices in Reading, west of London, on January 28, 2020. – Prime Minister Boris Johnson is expected to announce a strategic decision on January 28, on the participation of the controversial Chinese company Huawei in the UK’s 5G network, at the risk of angering his US allies a few days before Brexit.

That appears to be no idle threat. Social media company TikTok is reportedly walking away from a plan to set up its overseas headquarters in Britain which would mean the loss of 3,000 jobs. That’s just one instance of how many Chinese investors could severely impact Britain’s economy.

Britain’s hostile turn towards China seems to be foolhardy indeed. London’s claims about Huawei being a “national security risk” and its lecturing towards Beijing about human rights in Hong Kong and in mainland China appear to be aimed at ingratiating Britain with the United States by aligning with Washington’s increasingly anti-China policy.

It is no coincidence that as British foreign secretary Dominic Raab vows to step up punitive measures against Beijing, this week sees US secretary of state Mike Pompeo flying into London to hold talks in which China is said to be high on the agenda.

On a certain level one can understand the reasoning behind why the British government is trying to gain favor with Washington.

In a post-Brexit world, in which Britain has cut itself loose from the European Union, London is in urgent need to work up alternative trade and investment partners. A new trade deal with Washington is one such vital life line for the UK in order to survive in the choppy seas of the global economy as a single-trader nation.

This attempt to gain indulgence from the US would seem to be the motive behind London recently adopting a more hawkish stance towards China.

But in the 21st century, Britain is in no position to act like a colonial-era proconsul towards China.

Beijing’s warnings of “reciprocal action” over Britain’s Cold War-style conduct could have real damage for the British economy. The withdrawal of lucrative investments or the imposition of trade tariffs by China on British exports could rebound with economically and socially painful consequences. And given the havoc caused to the British economy by its disastrous coronavirus mismanagement, Britain is more vulnerable than ever to economic setbacks.

Unlike during the Opium Wars some 150 years ago, it is China that has the upper hand over a much-diminished Britain. For London to play the henchman for Washington towards Beijing is a reckless delusion of British arrogance.

The real knockout blow would come from the yuan strengthening its dealings with the euro and for Beijing to redirect its enormous financial interests out of London towards European competitor currency markets. That move would see the British pound take a massive hit as an international currency, torpedoing London’s post-Brexit ambitions for global renaissance. Far from “Britannia ruling the waves” as an old jingoistic anthem goes, it will be Britannia clinging to a leaky lifeboat.

In seemingly reliving the Opium Wars, Britain is the one suffering from hallucinations.

0 thoughts on “China Has Whip Hand, Not UK”