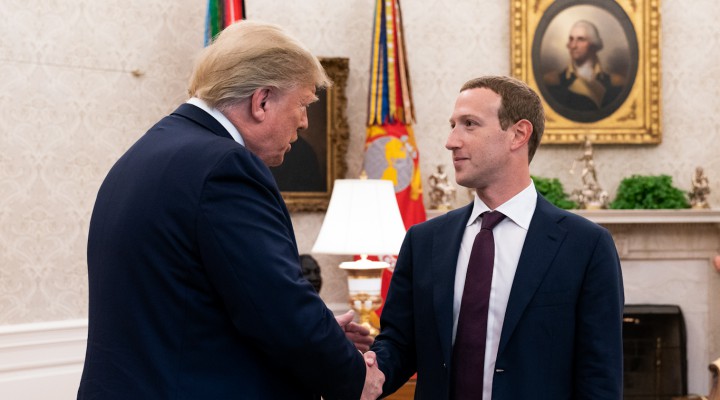 A potential US ban on TikTok comes amid a rise in anti-China warmongering that suggests the move has more to do with re-establishing American dominance over social media than concerns over privacy.

MPN– Secretary of State Mike Pompeo revealed last night that he is strongly considering banning the hugely popular video app TikTok. “I don’t want to get out in front of the president, but it’s something we’re looking at,” he told Laura Ingraham. When the Fox News anchor pushed him further, asking if anybody should download the app, he responded, “Only if you want your private information in the hands of the Chinese Communist Party.”

The news comes after India’s decision last week to block dozens of Chinese apps, including TikTok, following skirmishes along the countries’ Himalayan border that have left dozens dead. The decision dismayed the nearly half-billion Indian users (the app is ubiquitous across the sub-continent) but delighted U.S. officials. “Good to see India ban 59 popular apps owned by Chinese firms,” wrote Nikki Haley, former American Ambassador to the United Nations, “India is continuing to show it won’t back down from China’s aggression.”

Available in over 150 countries, TikTok is a video sharing platform that is particularly popular with Generation Z. It has over 800 million active users worldwide, including over 123 million in the United States, and is by far the most downloaded app in the Apple App Store. However, unlike other social media giants (Facebook, Reddit, YouTube, Twitter, etc.), it is not based in Silicon Valley, but in China. While Pompeo and other U.S. officials allege the company works hand-in-glove with the government in Beijing, TikTok insists it would never comply with any requests made by the Chinese state to hand over user data or other sensitive information.

The accusations being lodged against TikTok are already a demonstrable reality with American-based social media giants. In 2018, Facebook announced that it was partnering with the Atlantic Council, a NATO cutout organization, outsourcing the curation of what they deem fake news and what is reliable information to a group with virtually every living ex-CIA director, as well as neoconservative stalwarts like Henry Kissinger, Condoleezza Rice and Colin Powell on its board. So intimately involved with the national security state is the platform that Mother Jones wrote that it is difficult to know where Facebook ends and the NSA begins. Reddit also recently appointed a former deputy director at the Atlantic Council to be its head of policy. Meanwhile, few even noticed when, last year, a senior Twitter executive was outed as an active officer in a British Army brigade dedicated to online and psychological operations.

After the Trump administration assassinated Iranian statesman Qassem Soleimani in January, it was also able to censor positive descriptions of the general from American-based social media platforms due to the fact that Trump had earlier labeled him a terrorist. “We operate under U.S. sanctions laws, including those related to the U.S. government’s designation of the Iranian Revolutionary Guard Corps (IRGC) and its leadership,” said Facebook in a statement explaining their strict censorship of praise of Iran’s most popular figure. Thus, Iranians speaking to other Iranians in Farsi are unable to share majoritarian opinions online because speech is regulated by the dictates of Washington.

Last month MintPress also reported that a U.S-government-funded think tank was behind the decision to delete hundreds of thousands of Chinese, Russian and Turkish accounts from Twitter, a fate that has befallen Iranian and Venezuelan government officials as well, but not those of the U.S. or its allies, no matter how aggressive or threatening their behavior is.

Understanding the power of social media to influence people in any worldwide information war, Google executives Eric Schmidt and Larry Cohen wrote, “What Lockheed Martin was to the twentieth century, technology and cyber-security companies will be to the twenty-first.” Their prediction appears to have been accurate.

The latest moves against TikTok mirror the panic over the rise of Huawei and its 5G network, something the United States has been trying to halt from being rolled out worldwide. However, most countries have not shared Washington’s concerns about supposed spyware, seeing their protestations more as angst over being outcompeted in the marketplace by superior Chinese products and services. Malaysian prime minister Mahathir bin Mohamad, for instance, dismissed U.S. concerns, painting Washington as a jealous bully, threatening others: “If you are ahead I will ban you, I will send warships to your country…That is not competition, that is threatening people,” he remarked. As a result of its superior offerings, Huawei is continuing to grow in influence.

In recent months, both Democrats and Republicans have increased their anti-Chinese rhetoric, to the point where only 17 percent of Americans see the country as a friendly nation, with around 80 percent willing to support an all-out economic war against it. In February, the Pentagon released its 2021 budget request, which singled out Russia and China as the targets of a new intercontinental conflict and a catalyst for a new military build up. President Trump and Joe Biden have accused each other of being stooges of Beijing. Trump’s xenophobic rhetoric in the wake of the coronavirus pandemic, taking every opportunity to label it the “Wuhan China virus” has led to a surge in anti-Asian hate crimes, many of which targeted Asians of other backgrounds. Democratic Speaker of the House Nancy Pelosi has also been guilty of fanning the flames of resentment, falsely labeling video conference app Zoom a “Chinese entity,” and not to be trusted. In fact, the company is based in the U.S., and its CEO and founder Eric Yuan, is an American citizen.

The U.S. government has had nearly four years to express concern over TikTok’s supposed danger. That it is doing so during a wave of anti-China warmongering and only after the company has outcompeted its American rivals suggests that this move has more to do with re-establishing American control over social media in an era of a coming Cold War with Beijing. As writer Caitlin Johnstone remarked: