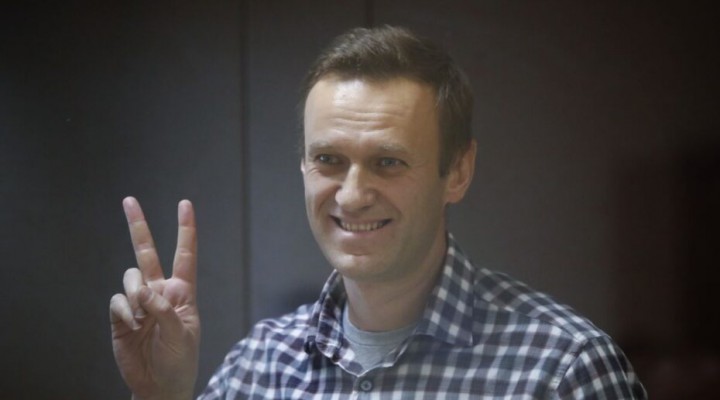 The indulgence and fawning must have given Navalny a sense of impunity, reinforcing his megalomania and attention-seeking.

After three weeks allegedly on a hunger strike, the Western-lionized Russian blogger Alexei Navalny has thrown the towel in. The decisive factor was the Russian authorities refusing to kowtow to a Western orchestrated drama.

Another factor is that Navalny is a conman and stooge of Western intelligence services. To carry out a real hunger strike is perhaps one of the most traumatic, mentally excruciating feats of self-sacrifice. To witness yourself wasting away to death must summon the deepest convictions of righteousness.

I remember living through the Irish Republican hunger strike 40 years ago which resulted in the death of 10 prisoners in a British state prison. The first one of those men to die was Bobby Sands who at the age of 27 passed away in a coma on May 5 after 66 days of refusing food. It was one of the grimmest periods in the 30-year conflict with Britain that ravaged Ireland.

Few political prisoners undertake hunger strike, and fewer still see it through to the horrendous end. Only those dedicated to a righteous cause could ever contemplate overcoming the gravest challenge.

That’s why everything about Navalny’s supposed hunger strike reeks of a sham aided and abetted by the fawning Western corporate media. The apparent collaboration in this drama also indicates the relationship of a stooge orchestrated by Western state intelligence.

When the 44-year-old convicted embezzler declared that he was going on a death-fast on March 31, the Western media kept pace with sensational headlines detailing his supposed declining health. We were told about pains, aches, and numbness, “torture”, “imminent death” and so on. Even though the Russian prison authorities released video footage of Navalny swaggering around his shared dormitory remonstrating with a guard over some petty issue.

The British state-owned BBC reported that prison authorities were using dastardly tricks such as putting savory meals beside Navalny’s bed. The BBC never gave any such concerned coverage to Bobby Sands and his Republican comrades who were abused inhumanely by British prison guards. Indeed, the British media portrayed the then Margaret Thatcher government as justified in its treatment of “Irish terrorists”.

Instead of the grim fate supposedly facing Navalny, the Western media reported his social media statements with an air of jocularity. “My friends would laugh if they saw me now walking around like a skeleton,” said Navalny in one of his Instagram posts. How is it that a purportedly persecuted prisoner has the liberty to use social media and generate Western headlines? The inappropriate humor also betrays a lack of credibility in his supposed journey of death.

All the while, the Russian authorities were monitoring Navalny’s health and maintaining that his condition was “satisfactory”.

U.S. President Joe Biden and German Chancellor Angela Merkel were reportedly impressing on Russian President Vladimir Putin their concern over Navalny. Again, such high-profile intervention is a reflection of the political orchestration going on. It is so disproportionate to the reality that it is an absurd giveaway of scripted drama.

It soon became clear, however, that the Russian state would not be bullied by psycho-drama. Its laws and sovereign affairs are not open for hypocritical Western lecturing.

Navalny was arrested on January 17 after spending five months in Germany in flagrant violation of his parole terms for a suspended jail sentence over a fraud conviction in 2014. While in Germany, Navalny cooked up the outlandish drama that he had been poisoned with a military nerve weapon on the direct orders of Putin. No evidence has ever been provided to support his claims but the Western media and governments have endorsed the narrative as if gospel truth.

The indulgence and fawning must have given Navalny a sense of impunity, reinforcing his megalomania and attention-seeking. He was therefore shocked when he was arrested on returning to Russia from Germany and again when the Russian federal authorities ordered in February that his suspended sentence be converted to two-and-half-years behind bars.

While in prison, Navalny began demanding the “right” to have his private doctors visit him over alleged leg numbness and back pain. How’s that for arrogance!

One wonders how the BBC would have reported it if Irish Republican prisoners were making such a demand from the British state.

In any case, Russian authorities faced down the intense Western media campaign aiming to make a hero out of the “starving” Navalny. Prison doctors maintained that he was being adequately cared for. One may speculate that the Russian authorities spotted the fake drama from an early stage. You can’t pull off a harrowing hunger strike without an iron will – which Navalny and his handlers do not have because their cause is a fake pretext for destabilizing Russia’s internal politics and undermining the government.

Realizing that the battle of wills – and shills – was not going to be won, the next necessary ploy was to create an off-ramp for Navalny in order to avoid farcical embarrassment.

His personal doctors started “warning” on April 18 through obliging Western media headlines that Navalny “could die any day” due to his deteriorating condition. That was after 19 days of supposed hunger strike. Strangely, Navalny’s doctors were somehow able to give such a dire prognosis without actually examining him personally.

Then on April 23, the BBC and other Western media outlets ran headlines such as: ‘Navalny urged to end hunger strike’.

Within hours, the convicted conman declared that he was coming off his alleged fast to the death.

So, there you have it. The end of another drama in which the Western-lionized hero cheats death twice in only a matter of months. First, from alleged poisoning with a deadly nerve agent, and secondly, from an anguish-filled three-week hunger strike (at least according to Western media).

At this point, Navalny’s intel scriptwriters and Western media are the only ones going hungry.

Navalny Is A NATO Agent, But Not All Unauthorized Protesters Are Foreign Proxies

0 thoughts on “Another Navalny Drama Fizzles Despite Hungry Western Media”