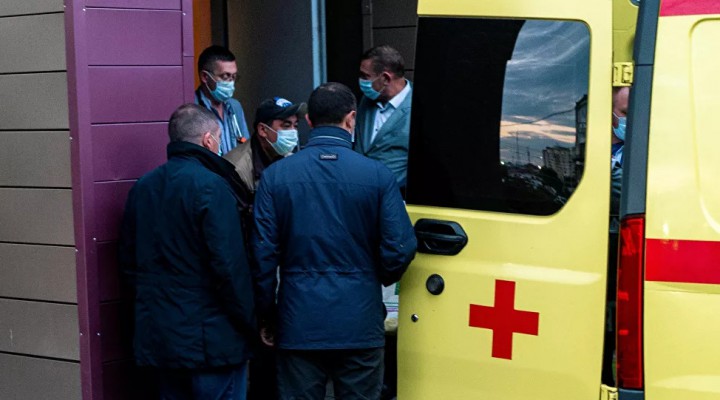 The whole Alexei Navalny saga has the whiff of a systematic provocation involving Western intelligence and media – including the latest dubious claim that he was poisoned through his underpants.

Over the past two weeks, there has been an onslaught of Western media reports concerning the alleged poisoning of the Kremlin critic. The striking thing is the concerted, drip-feed installments involving close collaboration between Navalny, Western media outlets CNN and Der Spiegel, the British disinformation site known as Bellingcat which is linked to MI6 and the CIA, and now a German medical paper published, with convenient timing this week, by The Lancet journal.

Navalny, who is supposed to be recovering from deadly nerve-agent poisoning at a secret location in Germany, seems very active for a person who was purportedly fighting for his life. This week he was cock-a-hoop about an alleged scoop he pulled off by getting a secret Russian state agent to admit there was a Kremlin plot to kill him.

Navalny described the plot is like a “cool Hollywood movie”. His choice of words is puerile and unfortunate, because it betrays the sensationalized fabrication going on.

The alleged phone call between Navalny and the “killer chemist” alleged to be a member of Russian security service, the FSB, is impossible to verify. In it Navalny claims to have pranked the FSB man, whom he names, into believing that Navalny is working for the Russian National Security Council, and that he is demanding a briefing on the alleged assassination plot which occurred during a flight from Tomsk to Moscow on 20 August. Recall that the opposition figure apparently became seriously ill during the flight, which was diverted to Omsk where he was rushed to hospital.

In the purported prank call, the alleged FSB agent tells Navalny that the deadly nerve-agent poison was applied to his underpants.

The Kremlin has dismissed Navalny’s supposed phone call “proof” as a deep fake.

There are several implausible issues. First of all, Navalny purportedly phones from Germany an FSB man at his home on an open line and gets him to divulge all sorts of what would be classified operational information, assuming if the plot were real.

Secondly, the latest claim about poisoning of underpants contradicts earlier claims that Navalny was poisoned from touching a contaminated bottle of drinking water in his hotel room before the flight from Tomsk. A German military laboratory reportedly detected Soviet-era Novichok toxin on the bottle which was somehow secretly transported to Germany.

Navalny had been airlifted to Berlin from Omsk with full consent from the Russian authorities on 22 August – two days after he apparently became ill.

Within days of his arrival in Berlin, the German government was claiming that the Russian activist had been stricken with Novichok. Yet the Russian doctors attested that their toxicological analysis had shown no presence of nerve poison. They said Navalny’s apparent illness was due to metabolic disorder.

Why would the Russian authorities have consented to Navalny being taken to Berlin if there was a possibility of incriminating evidence being found? That doesn’t make sense. In fact, it sounds ludicrous.

The Germans have refused to cooperate with the Russian authorities to supply materials verifying their claims of detecting Novichok. The Hague-based Organization on the Prohibition of Chemical Weapons supposedly verified the German claims. But the OPCW has refused to cooperate with Russia to demonstrate a verifiable, legal chain of custody of samples and testing. To put it bluntly, Navalny’s body samples could very easily have been adulterated while he was in Berlin. His toxicological tests were conducted by German military intelligence.

Since the poisoning saga opened, Germany and other European Union countries have imposed sanctions on Russia on the basis of an alleged assassination attempt against Navalny. The Nord Stream-2 natural gas mega-project between Russia and the EU has also come under sustained rhetorical attack for cancellation. Such an outcome has long been demanded by the United States which wants to supply Europe with its own more expensive gas exports.

Two weeks ago, a media collaboration between CNN, Der Spiegel and Bellingcat rekindled the Navalny saga with high-flown claims they had identified a team of Russian security agents which had targeted him for poisoning. Navalny was in on the media campaign, subsequently giving interviews to “confirm” the reports.

Deep skepticism is warranted. CNN, Der Spiegel and Bellingcat have been caught out before acting as disinformation channels for Western intelligence, such as alleging chemical weapons atrocities in Syria by the Syrian army when those incidents are known to be false-flag provocations carried out by Western agents. Navalny himself is no doubt a CIA asset whose media activism undermining the Kremlin is bankrolled by the US State Department.

So what about the latest scientific paper published in The Lancet? The paper written by 14 medics who supposedly treated Navalny at the Berlin Charité hospital claims that Novichok was detected in his body fluids. The significance of this installment is that it ostensibly gives the authoritative proof to all the other claims. But the German medics disclose they relied on the Bundeswehr laboratories for their results. That means German military intelligence (BND) were in charge of determining the medics’ scope of diagnosis.

If Germany was genuinely interested in establishing the truth about Navalny then it would be cooperating with their Russian counterparts to verify results. As it is, Berlin has treated Moscow as guilty of something sinister from the outset because that is dictated by the Western propaganda narrative, even though such breach of protocol is a travesty of diplomatic relations and due process. A minor muckraking figure like Navalny has been elevated to the status of international statesman whose word is exalted above that of the Russian government.

It’s a story of Hollywood proportions alright, as Navalny has said himself. And he gets to star in his own B-movie. When the credits role, we can bet the unmentioned director and producers are CIA, MI6 and BND.