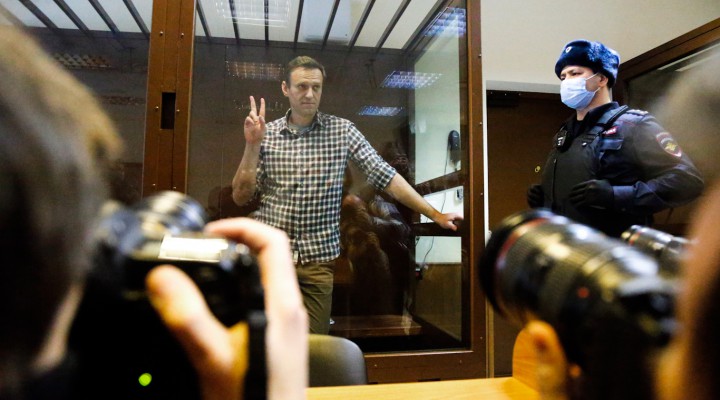 As with so much in the world of spies and diplomacy, the public never has all the information. and the latest piece in the Navalny mystery underlines the point that few people are telling the truth all of the time.

Replying to an assertion that Navalny is an American puppet, the loquacious diplomat and academic known for his propensity for social media drama insisted that “Navalny has never received one dime from the U.S. government. That is a complete myth. 100% false. When I was the U.S. ambassador to Russia, he wouldn’t even meet with me. Not once.”

McFaul’s assertions were undermined somewhat when Russian journalist Murad Gazdiev responded with a picture of McFaul meeting him at a dinner in 2012, during his time in office in Moscow. The pair apparently conversed for long enough for it to be newsworthy to local media, who noted that “At the other end of the hall, Alexei Navalny — clad in a dark sweater and blue jeans — spoke with U.S. Ambassador Michael McFaul, who preferred more formal attire.”

“He wouldn’t even meet with me. Not once” pic.twitter.com/WFqcVDhYbX

McFaul brushed off the evidence as inconsequential. “That was a Moscow Times 20th anniversary dinner. We were both invited as guests. We spoke for 2 minutes. We never had an actual meeting ever,” he responded, adding, “Bumping into someone at a dinner for 2 minutes is not a ‘meeting.’”

While this is certainly a defensible position, the former ambassador has not afforded it to his political opponents, whom he has declared guilty by association. McFaul has, on more than one occasion, attacked 2016 Green Party presidential candidate Jill Stein as being a Russian stooge, citing her appearance at a media conference in Russia hosted by state broadcaster RT, in which she sat at the same table as Vladimir Putin (although she claims she did not speak to him).

Many seemed skeptical of the 57-year-old ex-diplomat’s claims. “McFaul is prohibited by law from telling the truth, and has no choice but to parrot the official party line. As the head of the Russia Desk at National Security Council, and later as U.S. Ambassador to Russia, he was deeply involved in highly classified programs where Navalny factored greatly,” said former U.N. weapons inspector Scott Ritter, also claiming that McFaul was key in securing Navalny a prestigious World Fellowship award from Yale University.

I'm so tired of people not in the Democratic Party – ie Trump and Stein – giving "Dems" advice on how we are supposed to vote in our party. Those who attend RT bday parties with Putin are especially annoying. Go away please. Let us take care of our own business. cc: @donnabrazile https://t.co/nKzmr7MZgs pic.twitter.com/iQlWJpJSMO

Inside Russia, McFaul is perhaps best known for a separate 2012 incident where one of his first acts in his new position was to invite a swath of prominent anti-Putin activists who had led the previous year’s protest movement to the embassy for talks. The incident was filmed by national media and caused a minor scandal.

While most ambassadors are cagey with their words and choose “diplomatic” language when discussing another country’s politics, McFaul has been consistently forthright in sharing his opinions. Having left the diplomatic core, he became a professor of international studies at Stanford University and a regular columnist for The Washington Post. He has made no secret of his deep admiration for Navalny, describing him as a “heroic symbol” of democracy, nor his contempt for the president. “Vladimir Putin is evil,” he flatly stated, claiming he has turned Russia into a “ruthless dictatorship.” “Navalny’s heroic struggle is no different from what Gandhi, King, Mandela and Havel fought for. While Navalny has not succeeded yet, there should be no doubt that his cause is good and just,” he wrote in his Post column last year.

Navalny’s politics are not easy to define on a Western spectrum. While commonly described as a liberal, he has also espoused a number of conservative social opinions, as well as strong nationalistic sentiments. He is best known in Russia as an anti-corruption campaigner, releasing a widely-shared documentary alleging that Putin is constructing a huge palace on the Black Sea, reportedly costing over one billion U.S. dollars. He was arrested by Russian authorities in January upon his return to the country, sparking nationwide protests. He had been in Germany for some months previously, recovering from what he says was a poisoning attempt by Putin’s henchmen. In December, CNN released a video purporting to show him tricking a secret service agent into revealing how exactly he was poisoned.

A few weeks later, RT published a video of the Executive Director of Navalny’s Anti-Corruption Foundation meeting with a British official, William Thomas Ford, suggesting that he secure tens of millions of dollars of funding for them. The Russian government considers Ford to be an MI6 agent.

As with so much in the world of spies and diplomacy, the public never has all the information. This latest piece in the Navalny mystery underlines the point that few people are telling the truth all of the time.

Navalny Is A NATO Agent, But Not All Unauthorized Protesters Are Foreign Proxies