HOME / SOCIAL/CULTURAL / Amnesty International: Navalny a Prisoner of Conscience. But not Manning, Assange or Mandela 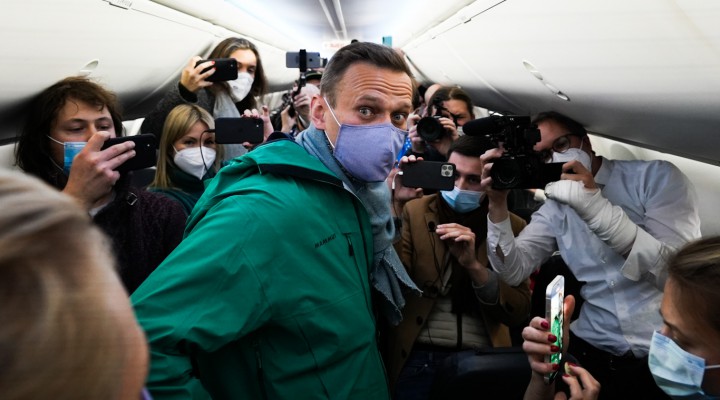 Amnesty International has a long and sordid history with its prisoner of conscience designation, denying it to enemies of the US government and granting it to some less than savory characters.
MPN- Russian politician Alexei Navalny remains under arrest in Russia after returning to his homeland earlier this month. The event generated worldwide headlines as the 44-year-old lawyer was immediately detained at a Moscow airport, with Western figures hailing his bravery. “Navalny’s heroic struggle is no different from what Gandhi, King, Mandela and Havel fought for. While Navalny has not succeeded yet, there should be no doubt that his cause is good and just,” wrote former U.S. Ambassador to Russia Michael McFaul. President Biden also pressed Putin on the issue in a meeting yesterday.

Navalny had spent five months in Germany recovering from an alleged poisoning which he attributes to government agents, although a recent poll suggested that only 15 percent of Russians agreed with him. Prosecutors allege the leader of the Russia of the Future Party violated his parole terms of a suspended sentence for embezzlement, with Navalny and his allies claiming the charges are politically motivated.

Regardless, his arrest triggered protests in over 100 Russian towns and cities, many of them extremely large. Over 3,700 people were reportedly arrested, including more than 1,400 in Moscow alone, as tensions threaten to spill over. Amnesty International declared Navalny a “prisoner of conscience,” demanding that “authorities must immediately and unconditionally release” the prominent Kremlin critic.

However, “prisoner of conscience” is a designation the London-based human rights organization has refused to apply to Western dissidents like Chelsea Manning and Julian Assange. A representative of the organization told journalist Joe Emersberger that it would not recognize Manning as such because they were unsure if the military whistleblower leaked the information in a sufficiently “responsible manner,” claiming to be equally uncertain that she was being punished because she revealed evidence of widespread human rights abuses.

Likewise, while Amnesty has criticized Assange’s trial (one that they have been blocked from observing), in 2019, it told the defense team of the Wikileaks cofounder that his is, “a case we’re monitoring closely but not actively working on. Amnesty International does not consider Julian Assange to be a Prisoner of Conscience.”

Going further back, it refused to grant the status to perhaps the twentieth century’s most famous political prisoner, Nelson Mandela. It justified its decision on the basis that the African National Congress leader refused to renounce armed struggle against Apartheid and advocated violence — a decision that garnered it decades of opprobrium.

Yet Navalny himself has also advocated violence. In a political video, he described the Muslim people of the Northern Caucasus as an “infestation of cockroaches.” While bugs can be killed with a slipper, in the case of human infestations, “I recommend a pistol” he said, before mimicking shooting one.

That Alexey Navalny that the BBC tell us is going to clean up Russia seems like a nice chap… pic.twitter.com/8FxHFQvSAc

Far more violent figures than Mandela or Navalny have also earned Amnesty’s “prisoner of conscience” label, including Venezuelan politician Leopoldo Lopez. Lopez was a leader of a U.S.-backed coup in 2002 and organized a campaign of insurrectionary violence in 2014 that included bombing schools and universities, poisoning water supplies and shooting journalists. 43 people were left dead, with the government estimating the damage caused at $15 billion, around the same as the destruction wrought by the 2020 Beirut explosion. In 2019, the organization’s Americas director stated that “International justice is the only hope for victims of human rights violations in Venezuela. It is time to activate all available mechanisms to prevent further atrocities,” implying that she supported the U.S.-led campaign to overthrow the government.

Unfortunately, Amnesty has a long history of collaborating with Western intelligence agencies to bolster regime change abroad. One cofounder of the organization, Peter Benenson, had deep ties to the British Foreign and Colonial Offices. Benenson worked for years propping up the Apartheid regime of South Africa and other white supremacist societies — all while secretly being paid by the U.K. government.

A second cofounder, Luis Kutner, was an FBI asset whose intelligence was used in the agency’s murder of Black Panther Fred Hampton. He also did secret work to undermine the anti-imperialist Congolese Prime Minister Patrice Lumumba, whose murder has been strongly linked to American and Belgian intelligence services. Kutner would also go on to form the group “Friends of the FBI” — a supposedly private organization designed to combat criticism of the bureau from civil libertarians and from genuine human rights groups and activists.

The connections to Western power continue into the modern era. For example, Susan Nossel, a government official who worked closely with Hillary Clinton, Madeleine Albright, Samantha Power and Susan Rice on the concept of humanitarian intervention, became Executive Director of Amnesty International USA in 2012 (and has since also held senior positions at other organizations like Human Rights Watch and PEN International). 2012 was also the year that Amnesty launched a billboard campaign praising NATO for its supposedly fine work helping women in Afghanistan. “NATO: keep the progress going” the ads said, leading to worldwide pushback.

Ultimately, Amnesty does continue to do important work and provide crucial reports documenting abuses around the world. However, it does so while maintaining all too close a relationship with Western governments, who themselves are the major sources of human rights abuses worldwide. These limitations lead the organization to rush to the defense of dissidents in enemy nations but ignore or downplay their peers in the West. The Navalny case is the latest example of that in action.

Feature photo | Alexei Navalny is surrounded by journalists inside the plane prior to his flight to Moscow in the Airport Berlin Brandenburg (BER) in Schoenefeld, near Berlin, Germany, Jan. 17, 2021. Mstyslav Chernov | AP

0 thoughts on “Amnesty International: Navalny a Prisoner of Conscience. But not Manning, Assange or Mandela”