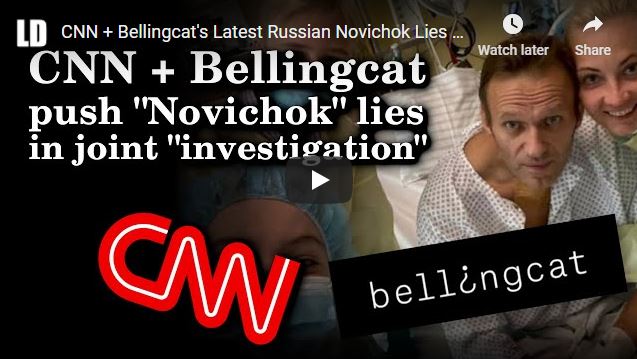 Despite multiple reports – each several pages long – ultimately CNN admitted that they were unable to conclude who actually poisoned Navalny – also admitting there was no evidence that Russian FSB agents they claim followed Navalny played any role at all in the alleged crime.

I break down CNN and Bellingcat’s innuendo-filled report, their full admission that ultimately they were unable to draw any fact-based conclusions – and Russian state involvement is merely implied in what is yet another case of US-backed “weapons of mass destruction” lies used to justify US sanctions and aggression against Russia – and ruin Russia’s relations with Western European nations – particularly its Nord Stream 2 pipeline partner – Germany.