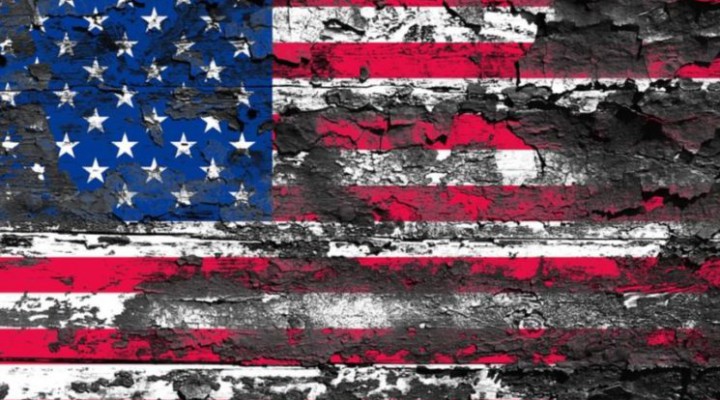 The transition in recent years from a unipolar to a multipolar world order has created international tensions that seem to threaten to escalate into clashes between regional and global powers.

In 2014 we were almost at the point of no return in Ukraine following the coup d’etat supported and funded by NATO and involving extremist right-wing Ukrainian nationalists. The conflict in the Donbass risked escalating into a conflict between NATO and the Russian Federation, every day in the summer and autumn of 2014 threatening to be doomsday. Rather than respond to the understandable impulse to send Russian troops into Ukraine to defend the population of Donbass, Putin had the presense of mind to pursue the less direct and more sensible strategy of supporting the material capacity of the residents of Donbass to resist the depredations of the Ukrainian army and their neo-Nazi Banderite thugs. Meanwhile, Europe’s inept leaders initially egged on Ukraine’s destabilization, only to get cold feet after reflecting on the possibility of having a conflict between Moscow and Washington fought on European soil.

With the resistance in Donbass managing to successfully hold back Ukrainian assaults, the conflict began to freeze, almost to the point of a complete ceasefire, even as Ukrainian provocations continue to this day.

Tensions were then focussed on Syria, where a mercenary army of at least 200,000 men, armed and trained by the US, UK, Israel, France, Turkey, Jordan, Saudi Arabia, Qatar and the United Arab Emirates, almost managed to completely topple the country. Russian intervention in 2015 managed to save the country with no time to spare, destroying large numbers of terrorists and reorganizing the Syrian armed forces and training and equipping them with the necessary means to beat back the jihadi waves. The Russians also ensured control of the skies through their network of Pantsir-S1, Pantsir-S2, S-300 and S-400 air-defence systems, together with their impressive jamming (Krasukha-4), command and control information management system (Strelets C4ISR System) and electronic-warfare technologies (1RL257 Krasukha-4).

As the Americans, British, French and Israelis conducted their bombing missions in Syria, the danger of a deliberate attack on Russian positions always remained, something that would have had devastating consequences for the region and beyond. It is no secret that US military planners have repeatedly argued for a direct conflict with Moscow in a contained regional theater. (Clinton called for the downing of Russian jets over Syria, and former US officials claimed that some Russians had to “pay a little price”.)

Since Trump became president, the rhetoric of war has soared considerably, even as the awareness remains that any new conflict would sink Trump’s chances of re-election. Despite this, Trump’s bombings in Syria were real and potentially very harmful to the Syrian state. Nevertheless, they were foiled by Russia’s electronic-warfare capability, which was able to send veering away from their intended target more than 70% of the latest-generation missiles launched by the British, French, Americans and Israelis.

One of the most terrifying moments for the future of humanity came a few months later when Trump started hurling threats and abuses at Kim Jong-un, threatening to reduce Pyongyang to ashes. Trump, moreover, delivered his fiery threats in a speech at the United Nations General Assembly.

Trump’s dramatic U-turn following his historic meeting with Kim Jong-un (a public relations/photo opportunity) began to paint a fairly comical and unreliable picture of US power, revealing to the world the new US president’s strategy. The president threatens to nuke a country, but only as a negotiating tactic to bring his opponent to the negotiating table and thereby clinch a deal. He then presents himself to his domestic audience as the “great” deal-maker.

With Iran, the recent target of the US administration, the bargaining method is the same, though with decidedly different results. In the cases of Ukraine and North Korea, the two most powerful lobbies in Washington, the Israeli and Saudi lobbies, have had little to say. Of course the neocons and the arms lobbyists are always gunning for war, but these two powerful state-backed lobbies were notably silent with regard to these countries, less towards Syria obviously. As distinguished political scientist John J. Mearsheimer has repeatedly explained, the Israel and Saudi lobbies have unlimited funds for corrupting Democrats and Republicans in order to push their foreign-policy goals.

The difference between the case of Iran and the aforementioned cases of Ukraine, Syria and North Korea is precisely the direct involvement of these two lobbies in the decision-making process underway in the US.

These two lobbies (together with their neocon allies) have for years been pushing to have a few hundred thousand young Americans sent to Iran to sacrifice themselves for the purposes of destroying Iran and her people. Such geopolitical games are played at the cost of US taxpayers, the lives of their children sent to war, and the lives of the people of the Middle East, who have been devastated by decades of conflict.

What readers can be assured of is that in the cases of Ukraine, Syria, North Korea and Iran, the US is unable to militarily impose its geopolitical or economic will. The reasons vary with each case, and I have previously explained extensively why the possibilities for conflict are unthinkable. With Ukraine, a conflict on European soil between Russia and NATO was unthinkable, bringing to mind the type of devastation that was seen during the Second World War. Good sense prevailed, and even NATO somewhat refused to fully arm the Ukrainian army with weapons that would have given them an overwhelming advantage over the Donbass militias.

In Syria, any involvement with ground troops would have been collective suicide, given the overwhelming air power deployed in the country by Russia. Recall that since the Second World War, the US has never fought a war in an airspace that was seriously contested (in Vietnam, US air losses were only elevated because of Sino-Soviet help), allowing for ground troops to receive air cover and protection. A ground assault in Syria would have therefore been catastrophic without the requisite control of Syria’s skies.

In North Korea, the country’s tactical and strategic nuclear and conventional deterrence discourages any missile attack. Any overland attack is out of the question, given the high number of active as well as reserve personnel in the DPRK army. If the US struggled to control a completely defeated Iraq in 2003, how much more difficult would be to deal with a country with a resilient population that is indisposed to bowing to the US? The 2003 Iraq campaign would really be a “cakewalk” in comparison. Another reason why a missile attack on North Korea is impossible is because of the conventional power that Pyongyang possesses in the form of tens of thousands of missiles and artillery pieces that could easily reduce Seoul to rubble in a matter of minutes. This would then lead to a war between the US and the DPRK being fought on the Korean Peninsula. Moon Jae-in, like Merkel and Sarkozy in the case of Ukraine, did everything in his power to prevent such a devastating conflict.

Concerning tensions between the US and Iran and the resulting threats of war, these should be taken as bluster and bluff. America’s European allies are heavily involved in Iran and depend on the Middle East for their oil and gas imports. A US war against Iran would have devastating consequences for the world economy, with the Europeans seeing their imports halved or reduced. As Professor Chossudovsky of the strategic think tank Global Research has so ably argued, an attack on Iran is unsustainable, as the oil sectors of the UAE and Saudi Arabia would be hit and shut down. Exports would instantly end after the pipelines going West are bombed by the Houthis and the Strait of Hormuz closed. The economies of these two countries would implode and their ruling class wiped out by internal revolts. The state of Israel as well as US bases in the region would see themselves overwhelmed with missiles coming from Syria, Lebanon, the Golan Heights and Iran. The Tel Aviv government would last a few hours before capitulating under the pressure of its own citizens, who, like the Europeans, are unused to suffering war at home.

Because a war with Iran would be difficult to de-escalate, we can conclude that the possibility of war being waged against the country is unlikely if not impossible. The level of damage the belligerents would inflict on each other would make any diplomatic resolution of the conflict difficult. While the powerful Israeli and Saudi lobbies in the US may be beating the war drums, an indication of what would happen if war followed can be seen in Yemen. Egypt and the UAE were forced to withdraw from the coalition fighting the Houthis after the UAE suffered considerable damage from legitimate retaliatory missile strikes from the Yemen’s Army Missile Forces.

An open war against Iran continues to be a red line that the ruling financial elites in the US, Israelis and Saudis don’t want to cross, having soo much at stake.

With an election looming, Trump cannot risk triggering a new conflict and betraying one of his most important electoral promises. The Western elite does not seem to have any intention of destroying the petrodollar-based world economy with which it generates its own profits and controls global finance. And finally, US military planners do not intend to suffer a humiliating defeat in Iran that would reveal the extent to which US military power is based on propaganda built over the years through Hollywood movies and wars successfully executed against relatively defenceless countries. Even if we consider the possibility of Netanyahu and Bin Salman being mentally unstable, someone within the royal palace in Riyadh or the government in Tel Aviv would have counseled them on the political and personal consequences of an attack on Iran.

It is telling that Washington, London, Tel Aviv and Riyadh have to resort to numerous but ultimately useless provocations against Iran, as they can only rely on hybrid attacks in order to economically isolate it from the rest of the world.

Paradoxically, this strategy has had devastating consequences for the role of the US dollar as a reserve currency together with the SWIFT system. In today’s multipolar environment, acting in such an imperious manner leads to the acceleration of de-dollarization as a way of circumventing sanctions and bans imposed by the US.

A reserve currency is used to facilitate transactions. If the disadvantages come to exceed the benefits, it will progressively be used less and less, until it is replaced by a basket of currencies that more closely reflect the multipolar geopolitical reality.

The warmongers in Washington are exasperated by their continuing inability to curb the resilience and resistance of the people in Venezuela, Iran, Syria, North Korea and Donbass, countries and regions understood by the healthy part of the globe as representing the axis of resistance to US Imperialism.