HOME / WORLD / Attack on Iran would be an attack on Russia 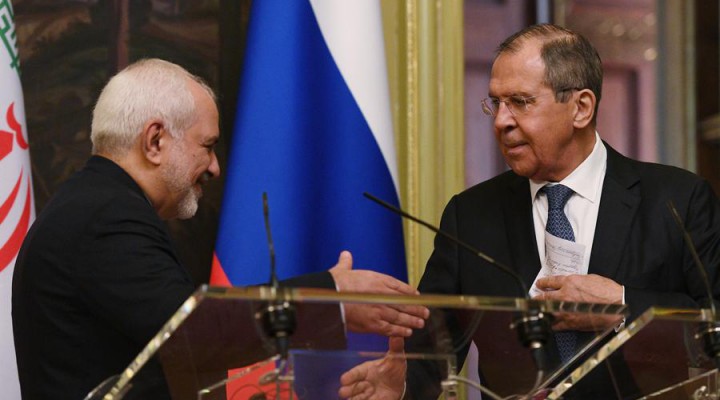 Moscow is proposing a diametrically opposed vision to Western sanctions, threats and economic war, one that is drawing it ever closer to Tehran

Russia is meticulously advancing Eurasian chessboard moves that should be observed in conjunction, as Moscow proposes to the Global South an approach diametrically opposed to Western sanctions, threats and economic war. Here are three recent examples.

Ten days ago, via a document officially approved by the United Nations, the Russian Foreign Ministry advanced a new concept of collective security for the Persian Gulf.

Moscow stresses that “practical work on launching the process of creating a security system in the Persian Gulf” should start with “bilateral and multilateral consultations between interested parties, including countries both within the region and outside of it,” as well as organizations such as the UN Security Council, League of Arab States, Organization of Islamic Cooperation and Gulf Cooperation Council.

The next step should be an international conference on security and cooperation in the Persian Gulf, followed by the establishment of a dedicated organization – certainly not something resembling the incompetent Arab League.

The Russian initiative should be interpreted as a sort of counterpart of, and mostly a complement to, the Shanghai Cooperation Organization, which is finally blossoming as a security, economic and political body. The inevitable conclusion is that major SCO stakeholders – Russia, China, India, Pakistan and, in the near future, Iran and Turkey – will be major influencers on regional stability.

The Pentagon will not be amused.

When the commander of the Iranian Navy, Hossein Khanzadi, recently visited St Petersburg for the celebration of Russia’s Navy Day, the General Staff of the Iranian Armed Forces and the Russian Defense Ministry signed an unprecedented memorandum of understanding.

Khanzadi was keen to stress the memorandum “may be considered a turning point in relations of Tehran and Moscow along the defense trajectory.”

A direct upshot is that Moscow and Tehran, before March 2020, will enact a joint naval exercise in – of all places – the Strait of Hormuz. As Khanzadi told the IRNA news agency: “The exercise may be held in the northern part of the Indian Ocean, which flows into the Gulf of Oman, the Strait of Hormuz and also the Persian Gulf.”

The US Navy, which plans an “international coalition” to ensure “freedom of navigation” in the Strait of Hormuz – something Iran has always historically guaranteed – won’t be amused. Neither will Britain, which is pushing for a European-led coalition even as Brexit looms.

Khanzadi also noted that Tehran and Moscow are deeply involved in how to strengthen defense cooperation in the Caspian Sea. Joint drills already took place in the Caspian in the past, but never in the Persian Gulf.

Russia’s Eastern Military District will be part of the Association of Southeast Asian Nations’ (ASEAN) anti-terrorist exercise in Thailand and China early next month. According to the Eastern Military District, the training is part of “preparations for a practical phase of an ASEAN anti-terrorist exercise in China.” This means, among other things, that Russian troops will be using Chinese military hardware.

Exercises include joint tactical groups attempting to free hostages from inside official buildings; search for and disposal of explosives; and indoor and outdoor radiation, chemical and biological reconnaissance.

These three developments illustrate how Russia is involved in a large spectrum from the Caspian Sea and the Persian Gulf to Southeast Asia.

But the key element remains the Russia-Iran alliance, which must be interpreted as a key node of the massive, 21st century Eurasia integration project.

“Iran has always been and remains our ally and partner, with which we are consistently developing relations both on a bilateral basis and within multilateral formats.”

This lays to rest endless, baseless speculation that Moscow is “betraying” Tehran on multiple fronts, from the all-out economic war unleashed by the Donald Trump administration to the resolution of the Syrian tragedy.

And that leads to the continuation of the Astana process on Syria. Moscow, Tehran and Ankara will hold a new trilateral in Nur-Sultan, the Kazakh capital, possibly on the hugely significant date of September 11, according to diplomatic sources.

What’s really important about this new phase of the Astana process, though, is the establishment of the Syrian Constitutional Committee. This had been agreed way back in January 2018 in Sochi: a committee – including representatives of the government, opposition and civil society – capable of working out Syria’s new constitution, with each group holding one-third of the seats.

The only possible viable solution to the tragedy that is Syria’s nasty, rolling proxy war will be found by Russia, Iran and Turkey. That includes the Russia-Iran alliance. And it includes and expands Russia’s vision of Persian Gulf security, while hinting at an expanded SCO in Southwest Asia, acting as a pan-Asian peacemaking mechanism and serious counterpart to NATO.