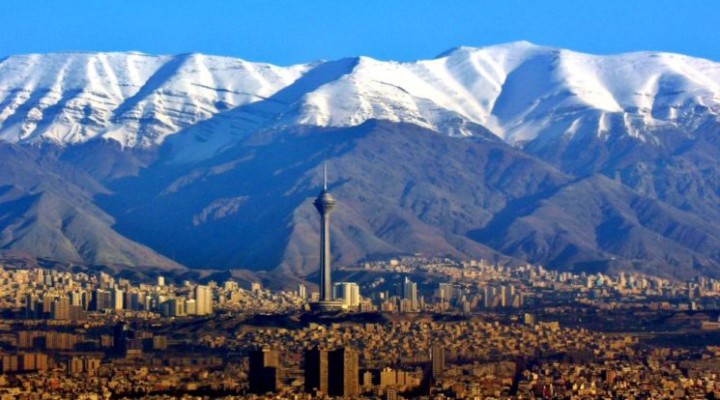 It’s gunboat diplomacy in the 21st Century with a twist of organized crime mentality thrown in for added “maximum pressure”. And adding insult to injury, the question remains: what is the Trump administration “offering” any way?

US President Donald Trump again reiterated an offer of talks to Iran this week as the two countries teeter on the brink of war. Trump says he is open to dialogue with Iranian leaders – in spite of his repeated threats to bomb the country, and his earlier labelling of the Islamic Republic as a “terrorist regime”.

Then Trump later this week flipped (yet again), warning he would use “overwhelming force” if Iran attacked US interests. “A war with Iran wouldn’t last long,” asserted Trump, suggesting, menacingly, he was contemplating using weapons of mass destruction. What else could such overweening confidence of rapid victory suggest? Iranian President Hassan Rouhani said the aggressive, “mentally retarded” rhetoric showed Trump’s offer of talks was a lie.

Last week, the US president claimed that he called off air strikes against Iran a mere 10 minutes before their launch. “We were cocked and loaded,” he warned. That was after the Iranians shot down a US Global Hawk spy drone which they claimed violated Iran’s airspace. Tehran later provided debris evidence retrieved from its territorial waters in the Persian Gulf indicating its claim was valid. Russia has confirmed the Iranian data.

Doubling down, however, the Trump administration this week has ordered more economic and diplomatic sanctions on Iran in addition to the embargoes it re-imposed after pulling out of the international nuclear accord last year. In an unprecedented provocation, Iran’s Supreme Leader Ayatollah Khamenei and Foreign Minister Mohamed Javad Zarif were among the sanction targets.

Iran’s foreign ministry dismissed the economic impact of the latest sanctions as meaningless. “There is nothing left to sanction,” said an Iranian government spokesman, inferring that no further economic damage could be inflicted by the US than what it already has done on Iran.

Brian Hook, the Trump administration’s point man on Iranian affairs, teased out the logic of the sanctions. He said Iran can either “come to the negotiating table or watch its economy crumble”.

The US position, by its own admission, is nothing short of “economic terrorism”. To deliberately and explicitly impose a blockade on a country’s economy with the stated intention of destroying its internal functioning is a violation of international law and the UN Charter. It is wholly indefensible, no matter what justification Washington claims.

Russia denounced the new US sanctions as “illegal” and said it would continue trading with Iran in defiance of Washington’s conduct.

Iran has consistently, verifiably abided by the nuclear accord or Joint Comprehensive Plan of Action (JCPOA) since its signing in 2015 by the US, Russia, China and European Union. It is therefore evidently flagrantly illegal for the Trump administration to reimpose bilateral sanctions on Iran just because the US side abrogated an international treaty. It is the US that is in breach of international commitments, not Iran. What’s more, Washington is demanding that the rest of the world comply with its illegal economic measures towards Iran.

Tehran has warned that it intends to lift restrictions in the coming days on the radioactive enrichment of uranium, citing clauses in the JCPOA which permit its partial withdrawal if there are disputes. Such activity does not in any way amount to Iran weaponizing its nuclear program. The country has disavowed nuclear weapons, but says it has the right to develop civilian nuclear energy in all its aspects, including the enrichment of uranium to whatever levels it wants. The JCPOA involved a self-imposed curb by Iran on lower levels, a curb which it says has become null and void given the lack of implementation of sanctions relief by other parties, the US and Europeans in particular.

The Trump administration’s policy towards Iran is incoherent, contradictory and capricious. Trump ostensibly offers talks, while his hawkish Secretary of State Mike Pompeo was this week visiting Saudi Arabia and the United Arab Emirates in what seems to be an effort to drum up regional support for military action against Iran. Then we have Brian Hook warning of economic meltdown if Tehran does not roll over for talks.

It’s a mafia-style “offer you can’t refuse”. The US policy is not just economic terrorism. It is state terrorism. Period. It is dangling the “option” of talks from the barrel of a gun. Cocked and loaded, as Trump would put it.

The combination of US military force buildup on Iran’s doorstep, the menacing use of false-flag provocations such as sabotage of oil tankers and downing of spy drones, the continual ratcheting up of psychological pressure such as Pompeo’s regional visit this week, and the dire threat to destroy the country’s economy – these actions all constitute a massive terror assault by Washington on this sovereign nation. A nation which poses no credible threat to American national security or vital interests – despite the blustering allegations made by the Trump administration.

It’s gunboat diplomacy in the 21st Century with a twist of organized crime mentality thrown in for added “maximum pressure”.

And adding insult to injury, the question remains: what is the Trump administration “offering” any way?

What the offer amounts to is for Iran to come to negotiations in order to discuss false claims made by the Trump administration concerning allegations about secret development of nuclear weapons and “sponsoring terrorism” in the region. If Iranian leaders were to somehow capitulate to the “offer” they would be on a path to nothing except validating Washington’s slander and bullying.

Trump is acting like a backsliding bad loser. He feels the US didn’t get a good deal with the JCPOA under the Obama administration, and now wants to renegotiate – using the threat of massive violence as his ultimate bargaining power.

Iran is right to demand that the only possibility for talks to ease the dangerous tensions is for the US to back down from its atrocious conduct. That means reversing the economic terrorism and abiding by an international treaty – the JCPOA – which it negotiated and signed up to in 2015.

The trouble is, for that to happen, the Trump administration is going to have to eat some humble pie and admit – at least tacitly – that its allegations and bullying tactics against Iran are unfounded and futile. President Trump, the showman narcissist he is, probably wouldn’t have an iota of understanding about the need for such an enlightened correction.

The former real-estate magnate has apparently built his career on using “maximum pressure” and ultimatums on what he considers weaker parties to get his deals done. Making Iran “an offer it can’t refuse” is typical of Trump’s business model and his delusional sense of “genius”. That’s why the impasse with Iran looks like a precarious precipice with no safe way back.

As for Trump’s declared “restraint” on holding back violence against Iran, American political analyst Randy Martin says this kind of virtue-seeking is perverse. He says it’s like a psychopath looking for applause just because he calls off a plan to shoot up a crowd of people.