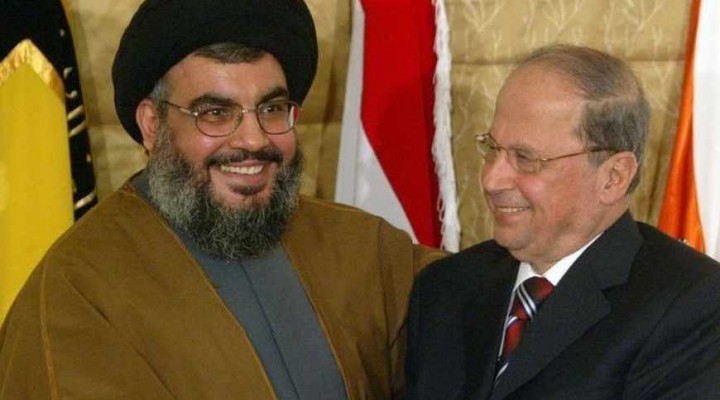 French President Emmanuel Macron does not want his initiative for Lebanon to fail. His initial path was not successful because he did not possess the political acumen necessary to confront the tricks of the Lebanese politicians. Macron wrongly believed that the “weight” of France was sufficient for everyone to stand “inline” and carry out the orders of the French “professor”. The French President did not realise that there are many political “professors” in Lebanon who insist on implementing their agendas and interests notwithstanding the severe financial crisis. Macron rectified the path of his initiative by encouraging and supporting Saad Hariri to form a “rescue government” that is supposed to stay for only 6 months. In reality, Hariri is expected to lead the cabinet until the upcoming elections in 2022.

What is the state of consultations now, and how have the alliances between political parties reshuffled?

For the first time, former Prime Minister Saad Hariri appeared to hold the game from all sides as he wanted it. He “burned” all the previous candidates, including Prime Minister Hassan Diab (and was efficiently assisted by Speaker Nabih Berri from the day Diab stepped into the Parliament). Hariri adopted the same policy even with the candidate of French President, Ambassador Mustafa Adib, overwhelming him with impossible conditions that led to his failure. The former PM disrupted the French initiative himself, by blaming the Shia duo(Hezbollah and Amal – the group led by Speaker Berri) who insisted in nominating the Finance Minister. Indeed, the duo still wants this cabinet position, but they were not the only political group with specific demands. The decision of the ‘Shia duo’ saved Hariri by blowing up Adib’s place and by allowing the leader of the ‘Free Patriotic Movement’ (FPM) to hide his requests in nominating his candidates for the new cabinet.

Today, however, the ‘political game’  is no longer under the table: Hariri – who was granted non-opposition status from Saudi Arabia to become Prime Minister – announced that he wanted this position by all means. The former PM is aware that he can form a cabinet only if he strikes a deal with the ‘Shia duo’ to secure the majority of votes at the Parliament and not the ‘majority bloc’ (which includes the Shiite duo and the Free Patriotic Movement and their allies). The House of Representatives is witnessing today a change of alliances and a sharp internal division. Fundamental and even ideological differences between old allies now appear visibly on the surface.

Hariri seized the opportunity to approach the ‘Shia duo’ and agree it can nominate the finance minister and their other ministers- as long as they are technocrats and experts in their field. This means that he fulfilled the first step he needed to return as Prime Minister, especially since Speaker Berri ensured that several Christian representatives vote for the PM, for Hariri to maintain the pact and consensus. This of course will no longer hold if and when the majority of Christians are out of the new cabinet, as they may well be.

Saad Hariri knows how to bring the Druse leader Walid Jumblatt onto his side by securing his share in the new cabinet. Thus, Hariri is able to achieve a political victory over his political arch-enemy Gebran Bassil by ignoring him and rejecting his cabinet demands.

The President of the Republic, Michel Aoun, postponed the parliamentary consultations that were, and still are, attempting to nominate Hariri as Prime Minister. Aoun accommodated Bassil, his son-in-law, who was isolated by his political ally – Hezbollah – unwilling this time to support him as it did in the formation of the previous government. The relationship between Basil and Hezbollah has endured severe differences in the past year, including “strikes below the belt”. These strikes are now no longer the exclusivity of one partner and not the other.

However, postponing the parliamentary consultations for the nomination of Hariri brought about the resentment of Parliament Speaker Nabih Berri, who has little sympathy for President Aoun and his son-in-law. There were no endorsed justifications to postpone the consultations except the attempt to protect Basil and allow him, for another final week, to try to secure a place in the next government. Bassil was insisting on keeping the EnergyMinistry, a request Hariri was not ready to accept. Bassil does not realise that there is no one currently among the political and influential leaders prepared to allow him to succeed in this ministry (even though he was in charge of it for years).

There is no constitutional reason that compels Hariri to fulfill Bassil’s desires, especially since France has intervened to express its displeasure at the delay. The French President forcefully proposed that no further delays be tolerated and that next Thursday the Prime Minister (Saad Hariri) has to be nominated. This bickering is revealing the fact that the ‘Shia duo’ was not the only one insisting on appointing its representatives in the cabinet: other parties want their share.

Hariri positively responded to the Shia, Druze, and Sunni, and left the main Christian groups out – the leaders of the “Lebanese Forces” Samir Geagea and Gebran Bassil – so they stand out as those prepared to obstruct this “reform and salvation” government.

But does this mean that the agreement between the FPM (led by Bassil) and Hezbollah has ended?

The alliance that Hezbollah’s Secretary-General Sayyed Hassan Nasrallah signed with the head of the Free Patriotic Movement (FPM), General Michel Aoun (known as the Mar Mikhael Accord) in 2006 changed its complexion when its Christian leader, who became President of the Republic, gave the leadership of his party to his son-in-law Gebran Bassil.

Hezbollah considered that the “debt” owed to General Aoun (when Aoun stood by Hezbollah during the 2006 second Israeli war on Lebanon) had been fulfilled. Hezbollah froze the country for over two and a half years, blocking the nomination of a President, notwithstanding the existence of the regional and international effort rejecting General Aoun’s candidateship. Certainly, disputes have to be tolerated because they always occur within an alliance: it is not one single party and the inherent differences becomes obvious to all.

However, in this case, these differences were not appropriately organised to maintain political unity and solidarity all the way through. The two parties benefited from each other and showed that they could be separate. In the last parliamentary elections, Gebran Bassil wanted to confront his ally Hezbollah in numerous regions, allowing Samir Geagea the victory of 15 MPs and the loss of Hezbollah in Jbeil. Of course, the Geagea-Bassil alliance during the elections crumbled quickly when the FPM did not hold to its promises to the LF once the results of the elections were out. The struggle around the “Christian leadership” remains a continuous saga between the two leaders. This is what brought back Bassil to Hezbollah notwithstanding this temporary split. However, It seems that Bassil believes that he can get away with ‘flirting’ with Israel, by stating that there are no ideological differences with the Israelis, facilitating the release of Amer al-Fakhoury, the ‘butcher of Kiyam’ (when the chief of the Army, nominated by the President, pressured the general head of the military court for a temporarily release allowing al-Fakhoury to reach the US embassy where he was smuggled out of the country), promoting “direct negotiations” with Israel (as the FPM parliament member Ziad Aswad said); and forming a delegation to the maritime negotiation dispute with political members to please the US administration. In Hezbollah’s eyes, Gebran Bassil has crossed all the lines